This Time the Judiciary Must Not Cave in to Executive Bullying 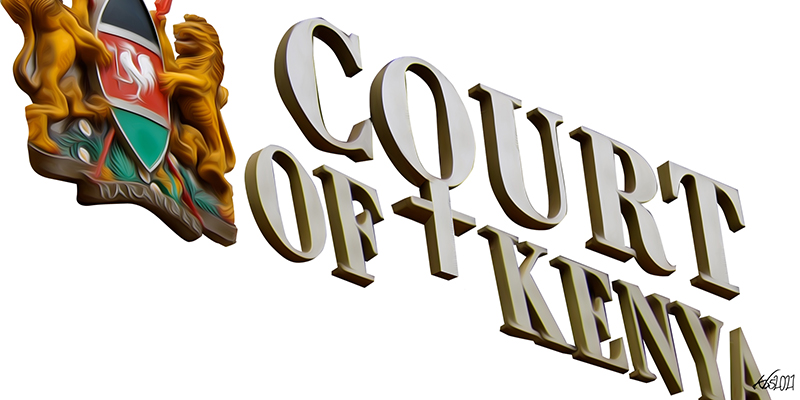 May 13, 2021 will be etched in the annals of Kenya’s history as another pivotal moment when,  once again,  the  Judiciary boldly upheld and affirmed the sovereignty of the people,  and the supremacy of the constitution, while reclaiming its independence.

The last time the spirit of constitutionalism coursed so strongly through a decision of the Kenyan judiciary was on 1 September 2017, when then Chief Justice David Maraga led the  Supreme Court in emphatically asserting the authority, independence and rightful role of the Judiciary in the constitutional order. The majority decision of the Supreme Court annulled the August 8, 2017 election of Uhuru Kenyatta as president of the Republic of Kenya in a petition that was brought by former Prime Minister Raila Odinga and his running mate Kalonzo Musyoka. The palpable sense of pride and affirmation of the entire Judiciary in the Supreme Court’s 2017 ruling on the Raila petition was captured in the anecdotes told of judicial officers symbolically retaking their oaths of office days after the monumental judgment. The judiciary, it was said, had finally come of age, judicial independence had been attained.

Sadly, that independence would be short-lived — lasting just sixty days. Following the Raila 2017 decision, an angry President Uhuru Kenyatta would wield his power to make good his threat to retaliate against the judicial organ of state, emasculating the institution and leaving it whimpering.

The hope in the judiciary that had been ignited by the Maraga Court was once again rekindled on  13 May  2021  by the five-judge bench of the  High Court consisting of Justices Joel Ngugi,  George Vincent Odunga, Jairus Ngaah, Teresiah Matheka and Chacha Mwita. The five justices delivered a brave, straight-shooting, bold and stellar decision on several consolidated constitutional petitions challenging the Building Bridges Initiative (BBI) process towards a constitutional referendum.

Ironically, BBI was birthed out of the effects of the 1 September 2017 decision and was the brainchild of President Kenyatta and Raila Odinga, who had been symbolically sworn in as  “the  People’s  President”  at a  mock ceremony held after the dispute over the two presidential elections in 2017.

It is poetic justice that this time around,  both President Kenyatta and  Raila Odinga are on the receiving end of the judicial rod. This boldness in the affirmation of the supremacy of the constitution and the rule of law is what Raila Odinga fought for in his 2017 presidential election petition.  He, therefore,  has no choice but to accept the  High  Court decision with grace and humility and reconsider where,  like the biblical  Samson, he allowed Delilah to cut off the source of his strength and vision. There is yet hope because, like Samson, Raila Odinga has a chance to reclaim his strength and bring down the Philistines’ pillars, the edifices and indeed the entire temple.

For the Odinga column, particularly the eminent legal scholars who rightly lauded the 1 September 2017 decision, it is easy to see and understand their conflict and struggle in faulting the High Court bench and the BBI judgment. They will struggle to fall on their swords, but fall they must.

The fact that the 13 May High Court decision may be challenged in the Court of Appeal and may possibly even go before the Supreme Court is a perfect opportunity for the judiciary to consolidate this significant gain and reassert its independence beyond assail. In 2017, the Maraga bench thought that they could domesticate a wild animal and dompt a serially rogue executive. It did not work and the administration of justice has been greatly suffering the ramifications of that mistake since.

They will struggle to fall on their swords, but fall they must.

The executive targeted the four Supreme Court judges who authored the majority judgment in the 2017 Raila decision in an attempt to induce fear in the rest of the judicial ranks. Deputy Chief Justice Philomena Mwilu is living testament of the lengths to which the promise “to revisit” the Judiciary could be taken. We must never lose sight of the fact that the attack on DCJ Mwilu was a veiled threat and an attack on the entire institution of the judiciary.

Therefore,  the judiciary must draw lessons from  2017  and ensure that this time around it holds the line and does not give in to the nastiness and brutishness of any executive assault. The respondents have already indicated that they intend to appeal against the BBI judgment, as is their right. It is thus likely that this matter may go all the way to the Supreme Court. An affirmation of the High Court judgment by the Court of Appeal and the Supreme Court will give the entire judiciary the rare opportunity to speak with one strong voice and stamp its constitutional authority.  The constitutional stars have aligned and this is the moment for the entire Judiciary to rein in an unwieldy creature of the constitution and put an end to the undeserved and misguided narrative that it is “the weakest link”. The judiciary is not a link – it is an organ of the state.

A version of this article was originally published by The Standard.