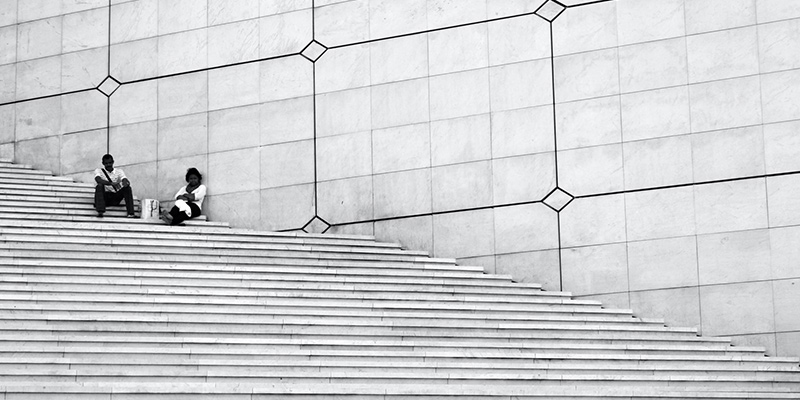 In “decolonial” discourse, the African leadership landscape is flattened to the point of becoming a caricature. In an earlier variation of this caricature, Kwame Nkrumah’s injunction of “seek ye first the political kingdom” was presented by political scientist Ali Mazrui as a deficient obsession with political power to the neglect of the economic. In the current variation, the neglect of epistemic “decoloniality” is characterised as the deficient underbelly of the “nationalist” movement.

Kwame Nkrumah, Sédar Senghor, and Julius Nyerere are not only three of the most cerebral figures of Africa’s “nationalist” movement, but unlike Amilcar Cabral they lived to lead their countries in the aftermath of formal colonial rule.

Contrary declarations notwithstanding, Senghor, Nkrumah, and Nyerere were acutely aware of the colonial epistemological project and the need to transcend it. Indeed, philosopher Souleymane Bachir Diagne’s re-reading of Negritude as epistemology argued that its salience lies in the dissolution of the binary opposition of subject and object in the logic of René Descartes. Whatever one’s take on the specificity of Senghor’s claims of Africa’s modes of knowing—by insisting on the interconnectedness of subject and object—he deliberately sought to mark out what is deficient in modern European epistemology and valorise African systems of knowledge. This epistemological project is built on a distinct African ontological premise.

Nkrumah and Nyerere were most acutely aware of the urgent need to displace the epistemic conditions of colonisation. In the case of Nkrumah, the imperative of epistemic decolonisation was most forcefully expressed in the 1962 launch of the Encyclopedia Africana project, initially with W.E.B. Du Bois as editor, and the 1963 launch of the Institute of African Studies at the University of Ghana, Legon.

Nkrumah’s 1963 speech at the launch of the Institute stressed the epistemic erasure at the heart of colonialism, linking political and epistemic freedom. “It is only in conditions of total freedom and independence from foreign rule and interferences that the aspirations of our people will see real fulfillment and the African genius finds its best expression,” Nkrumah argued. If colonialism involves the study of Africa from the standpoint of the colonialist, the new Institute of African Studies was charged with studying Africa from the standpoint of Africans. Its responsibility, Nkrumah argued, is the excavation, validation, restoration, and valorisation of African knowledge systems.

Nkrumah exhorted the staff and students at the new Institute to “embrace and develop those aspirations and responsibilities which are clearly essential for maintaining a progressive and dynamic African society.” The study of Africa’s “history, culture, and institutions, languages and arts” must be done, Nkrumah insisted, in “new African centered ways—in entire freedom from the propositions and presuppositions of the colonial epoch.” It is also worth remembering that the subtitle of the most philosophical of Nkrumah’s writings, Consciencism, is “philosophy and ideology for de-colonization.”

Much is made about Nyerere surrounding “himself with foreign ‘Fabian socialists.’” Yet the most profound influence on Nyerere’s thoughts and practice was not the varieties of European “socialisms” but the “socialism” of the African village in which he was born and raised—with its norms of mutuality, convivial hospitality, and shared labour. Nyerere’s modes of sense-making (which after all is what epistemology means) was rooted in this ontology and norms of sociality.

For Nyerere, the ethics that are inherent in these norms of sociality stand in sharp contrast to the colonial project. It was, perhaps, in Education for Self-Reliance (1967) that Nyerere set out, most clearly, the task of the educational system in postcolonial Tanganyika, one that is not simply about the production of technical skill but the contents of its pedagogy. It is a pedagogy that requires the transformation of the inherited colonial system of education (Ujamaa: Essays on Socialism, 1968). The pedagogy is anchored on the three principles of Nyerere’s idea of a society framed by African socialism: “quality and respect for human dignity; sharing of the resources which are produced by our efforts; work by everyone and exploitation by none.” It frames the ethics of a new, postcolonial society.

Whatever their limitations, it was not for lack of aspiration and imagination. Nyerere is the one who most aptly communicated to us the responsibility of the current generation to pick up the baton where the older generation laid it down. The struggle for political independence was never understood as an end in itself. The ‘flag independence’ we so decry makes possible the task that subsequent generations must undertake and fulfill. The task of realising the postcolonial vision is as much a responsibility of the current generation as it was of the older generation.

Finally, as Mwalimu reminds us, on matters concerning Africa, “the sin of despair would be the most unforgivable.” Avoiding that sin starts with acknowledging and embracing the positive efforts of the older generation while advancing the pan-African project today.

This piece is part of the “Reclaiming Africa’s Early Post-Independence History” series from Post-Colonialisms Today (PCT), a research and advocacy project of activist-intellectuals on the continent recapturing progressive thought and policies from early post-independence Africa to address contemporary development challenges. Sign up for updates here.