Memo to Upper Deck People: Fight for the 2010 Constitution or Perish 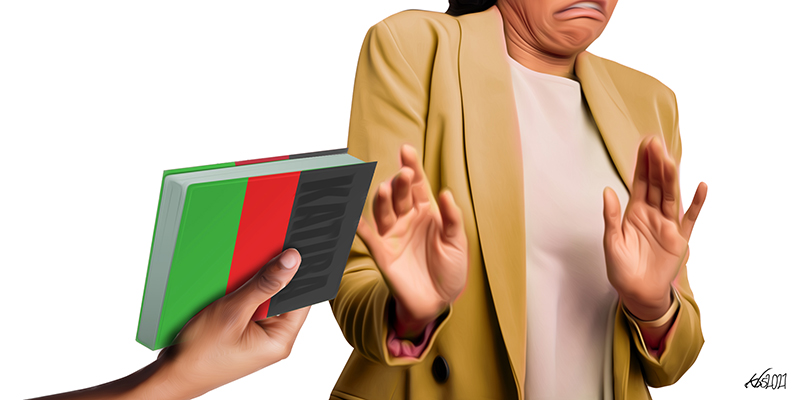 A class analysis of Kenyan society is a complex matter and not the object here, but a few issues need clarifying before I give the reasons why I believe the Kenyan middle class must support the struggle to implement the 2010 constitution and why it is in their interest to do so.

In Kiswahili we have the word tabaka which also means social classes. Foreign ruling classes that rule the world have been called mabeberu, makabaila, mabwenyenye, wanyonyaji, wavuna jasho. Nationally we have our own walala hai (those who sleep alive), walala heri (those who sleep okay) and walala hoi (those who sleep tired and hungry). Walala hai are also known as wavuna jasho (exploiters). Walala hai are agents of foreign interests. Walala heri have strata or layers: the upper middle class, the middle middle class, and lower middle class. While the first layer seeks to join the walala hai, the middle middle class is for the most part generally comfortable with its class position. But the lower middle class is always conscious of the possibility of falling back into the ranks of the walala hoi, the working classes.

Philosophers have blamed this situation on the opportunism of the middle classes in matters of transformation and revolution. Indeed, it has been argued that the middle classes never participate in transformative and revolutionary movements until victories have been secured. That’s when they celebrate loudly in bars making it clear to all that they were always part of the social reforms. Playing it comfortable and playing it safe.

One of my friends, Professor Luis Franceschi, has this metaphor about the middle classes and their role in revolutions:

“A revolution begins like a matchstick which burns from the head and transforms itself (the wood) into ashes. A matchstick is not lit by the wood, or by its rear end, but by its head; the head is the igniter. Well, the head of a revolution is not the masses, it’s the middle class. Those are the igniters. Those are the ones educated enough to be uncomfortable, and comfortable enough to have something to lose. By igniting, they risk it all, they go all the way and in doing so they turn old habits into ashes and pull along the masses.”

The 2010 constitution is founded on a number of major pillars. The vision and objectives of the constitution are progressive. In particular, the values and principles laid out in Article 10 — patriotism, national unity, sharing and devolution of power, the rule of law, democracy, participation of the people, human dignity, equity, social justice, inclusiveness, equality, human rights, non-discrimination, protection of the marginalised, good governance, integrity, transparency and accountability and sustainable development — signal a future that is different from our colonial and post-colonial past.

In the preamble to our constitution, we acknowledge the supremacy of the Almighty God of all creation and our right to freely practice our various faiths, with Jesus, Mohammed, Buddha and other religious figureheads as our role models. Ours is one of the most progressive bills of rights that protects the whole gamut of our civil, political, economic, social and cultural rights. The constitution decrees strong and independent institutions to act as strong checks and balances and guarantee good governance and democracy for all. The powers of the presidency are democratised and decentralised, monitored, checked, and balanced, so that never again shall we entertain the old refrain “KANU iko wapi? Juu kabisa! Na Moi? Juu! Juu! Juu kabisa!” that characterised the old doctrine of divine kingship where the president played God and owned God.

The constitution decrees accountability and transparency in security and financial matters and there are provisions for how we incur our national debt. We are compelled by the constitution to organise politics around ideologies and issues and not divisions of race, gender, ethnicity, religion, region, generation, clan, occupation, and xenophobia.

Without a doubt, the constitution recognises the sovereignty of the Kenyan people as supreme and their participation in societal matters is decreed. If implemented, Chapter 6 on leadership and integrity will give us a social, economic, religious, spiritual, and political leadership that leads us to our vision of a better society.

The constitution has a vision of the equitable distribution of land and national resources. In mitigating the land issue — at the heart of our social, economic, cultural, spiritual, and political problems — the constitution gives us the hope that access to land will be possible to ensure the right to food for all.

Collectively these pillars guarantee stability, peace, prosperity, egalitarianism, justice, freedom, ecological safety, non-militarism, democracy, alternative leadership, electoral justice and an end to civil strife. They lay a very solid basis for mitigating the weaknesses of the constitution. Our national resources will be held in trust for us and we will stop subsidising the state by supporting others through charity or social justice philanthropy because the state and the political leadership have stolen, wasted, or mortgaged these resources.

In particular, the middle classes will be relieved of a tremendous financial burden when public goods that include education, health (the right to the highest attainable standard of health including reproductive healthcare), a clean and healthy environment, food (freedom from hunger, and access to adequate food of an acceptable quality), water (clean and safe and in adequate quantities), and social security, are progressively realised. The ultimate vision of the constitution is to de-commodify and de-privatise these public goods. There will never be a progressive realisation of these public goods if resources continue to be wasted and stolen and if we cannot pay off our sovereign debt.

For those who want to contest for political power, if the constitution is implemented, electoral justice will be assured and campaigns will not be run on the basis of how much money a candidate has. Political parties will be institutions that are not owned by ethnic barons and their cartels, national and foreign. Contesting for political power is important for an alternative political leadership to emerge that can be entrusted with the implementation of the constitution.

The constitution gives all Kenyans rights. It ends the politics of revenge and vindictiveness and protects Kenyans who, although in league with foreign interests, are robbed by them. It is important to state this because we know of Kenyans who own properties abroad who have been denied visas by the governments of those countries. We also know that in some cases, assets of Kenyans have been frozen abroad without due process. The state must protect the rights of such Kenyans. Taking the current position that they deserve such treatment is to subvert their rights under the constitution.

The Kenyan middle classes cannot anymore claim to sit on the fence when political matters come up for discussion and when seeking solutions to political problems. Indeed, there are no political fences to sit on in Kenya. We are either for the current unacceptable and unsustainable status quo or we are the vanguard of transformative and fundamental changes in our society.

Foremost among these changes is the development of an alternative leadership in all our social, economic, cultural, spiritual, and political spheres. Such leadership will be at the forefront of our struggles for freedom from exploitation, oppression, and domination by both national and foreign interests. The alternative to this transformation and change is enslavement, poverty, hunger, instability, and denial of our basic rights and freedoms, including the promise of fulfilling our democracy.