BBI Has Distorted Our Democracy 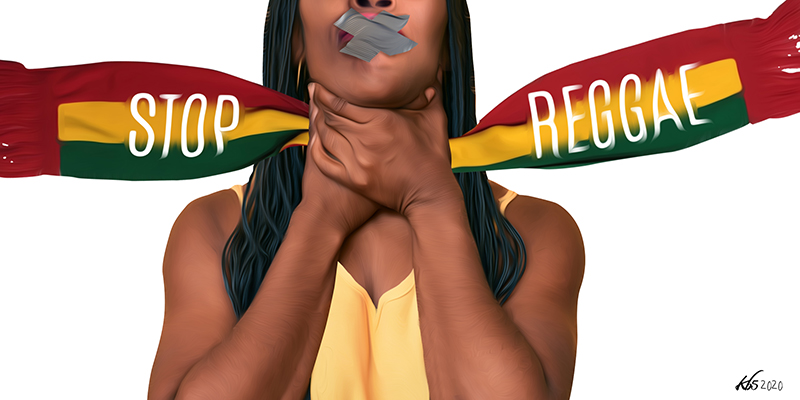 Supporters of the “handshake” between Raila Odinga and Uhuru Kenyatta often portray it as a Nobel Peace Prize-winning moment, like the one when Ethiopian Prime Minister Abiy Ahmed Ali extended an olive branch to Eritrea, thereby ending a 16-year deadlock and hostilities. Some have even described it as “a seminal moment” in Kenya’s history where two political rivals put aside their differences for the sake of the country. The rapprochement is often couched in the language of reconciliation, of two dynastic families coming together by turning old hatreds into friendship, a truce between former foes.

However, those who believe that Odinga and Uhuru averted a civil war by uniting the country have totally missed the point. First of all, whether or not Raila Odinga had a personal hatred or historical grievance against Uhuru Kenyatta and his family is completely irrelevant. You do not form an opposition party because you have a personal vendetta against the leader of the ruling party. In fact, you do not form any party because you want to hurt your enemy. Political parties should be based on certain ideals and an ideology, not on the personal ambitions or pet peeves of their leaders.

The majority of those who consistently oppose the Jubilee government do so not because they hate Uhuru Kenyatta or William Ruto. They do so because they believe that their government is on the wrong path and is actually causing harm to the majority of the country’s population through a variety of laws and policies that have crippled the country economically and curtailed certain freedoms.

Personally, I have no grudge against Uhuru Kenyatta except that he has used his family’s name, connections, wealth and power to gain political leadership. Without these, he might never have ascended to power. I believe he has yet to grow into his own man – on his own, not on his family’s strength.

I am sure if I met him we might even get along. He seems to be the kind of guy you could have a good laugh with over a beer. Being age-mates born in the flush and optimism of independence, I think we might even have a lot in common (something I cannot say about his deputy, Ruto). But would I entrust my drinking buddy with the title deed of my property or with the welfare of my grandmother? Probably not, because I know he is surrounded by predators.

I have voted for Raila Odinga in every election since 2007, not because I particularly like the guy. In fact, I think if we met over a beer we might have little to talk about other than politics. I think I might even have to massage his ego to get a word in. But I voted for him because I believed he represented a progressive worldview and ideology that were in line with my thinking. I felt that despite his flaws (like his relentless ambition for political power even though he wields considerable influence across the country) he still stood for something – and was willing to die for this something if necessary. He was the stuff heroes are made of.

But the handshake shattered my vision of him. Like many people in the opposition, I felt betrayed, used, discarded. A trust was broken. And repairing this trust will not be easy.

Raila’s diehard supporters tell me that I miss the point, that Raila is a master strategist who will enforce his reformist agenda through the handshake. They say that Raila is known to neutralise or demolish a ruling party by infiltrating or joining hands with it, as he did with Moi’s KANU – in essence, he destroys the ruling party from within.

I am not buying this theory. If anything, the handshake has not only legitimised Uhuru’s government but has also strengthened it. What is worse, the opposition as we knew it has been completely neutered and emasculated. As the Linda Katiba campaign led by Martha Karua and others has stated, “Since the handshake our democracy has been distorted and the role of the minority party (opposition) completely eroded. The opposition’s more government than the government.”

Why is this dangerous for a fragile democracy like ours? Well, because in any healthy democracy, the role of the opposition is critical to keep the ruling government in check. Without an opposition, we become a de facto one-party democracy, as we were in the pre-1991 Moi days. And, as those who came of age in that period will tell you, there is no such thing as a one-party democracy – such systems of governance are known as dictatorships.

Some argue that such dictatorships can be benevolent and crucial for national unity. They point to Rwanda and China where authoritarian one-party leadership has improved the standard of living of the majority and brought a semblance of order and predictability in countries that would be impossible to govern without a strong leader or party. I would tell these people that if you want to see the havoc that authoritarian leadership can bring to a nation, just look to India, once a thriving secular democracy – the largest in the world – that is now veering dangerously towards xenophobic Hindu nationalism. Closer to home, look at Uganda, where an aging former rebel leader is arresting and killing young people because he can’t stand the thought of relinquishing power.

The Building Bridges Initiative (BBI) is similarly being portrayed as the great unifier, the glue that will hold our ethnically divided country together. What its drafters failed to recognise is that placing a Luo at the high table will not resolve ethnic differences in this country because our ethnic animosities are the result of bad politics and poor leadership, as I pointed out here.

Proponents of BBI say that it will bring about equity and stability. This might all be well and true. But it is what they are not saying that is most worrying. The most important omission is that the BBI is not legally constituted; the BBI team was simply an ad hoc committee that had no legal or constitutional basis. Moreover, it seems to have been formed with the specific aim of changing the 2010 constitution. There are nice-sounding words in the BBI report to show that the team really cares about the poor, women and marginalised groups, but there is no acknowledgment that these groups are already catered for in the constitution, and that it is because the Jubilee government has failed to adhere to the constitution that we still find these groups under-represented or ignored.

There is also the danger that, by throwing in some goodies here and there, the proposed amendments to the constitution, as envisioned by the BBI, would also bring in changes that actually undermine or completely negate the 2010 constitution – for instance, by creating the positions of prime minister and deputy prime ministers and adding 70 more members to the National Assembly (a wage bill we can hardly afford).

And as defenders of the 2010 constitution have repeatedly said, devolution – if properly implemented – could be the true game changer in Kenya. There is a danger that in adopting the proposed amendments and delegating more powers to the national government, we will be back in the days when the centre controlled everything, even our thoughts. Tampering with the constitution under such circumstances would be tantamount to murdering the constitution and committing suicide.

Already we are hearing about area chiefs being ordered to collect signatures for the BBI referendum. Such coercion is reminiscent of the Moi days when chiefs had a direct line to State House and were, therefore, the most dreaded officials in far-flung and remote areas of the country, where an area chief could make your life hell if you did not follow Nyayo’s orders.

To get an idea of the dangers we might be facing, just look at what has happened to Nairobi County. The Jubilee Party wholeheartedly supported a dubious candidate for Nairobi County governor and then proceeded to strip him and the county of its powers. Nairobi was militarised through an executive order and the appointment of a military officer to head the (illegally constituted) Nairobi Metropolitan Services.

Commenting on the (unconstitutional) executive order that led to this state of affairs in an article in Foreign Policy titled Kenya’s Road to Dictatorship Runs Through Nairobi County, Carey Baraka wrote:

The militarisation of Nairobi and the subsequent transfer of the county’s administration into the president’s office is a brazen power grab by Kenyatta; even more worrying is the fact that the moves have gone unchecked by Kenya’s parliament . . . Kenya’s history is replete with unilateral declarations from the president’s office. It is to this past that Kenyatta seeks to return.

If we had a healthy opposition, such a move would have been strongly opposed, but because we had both an inept governor and a neutered opposition, this assault on devolution was met with resignation, even jubilation.

William Shakespeare’s Lady Macbeth says to her ambitious husband who wants to be King of Scotland, “To beguile time/Look like the time.”  Macbeth takes his wife’s advice, and uses deception to kill the Scottish king, who he replaces. A reign of terror ensues, resulting in a bloody civil war.  A guilt-ridden Lady Macbeth commits suicide.  Macbeth is eventually killed.

No one wins in the end. The bard has lessons for us all.