Nigeria’s Movement Against Brutality and Poverty 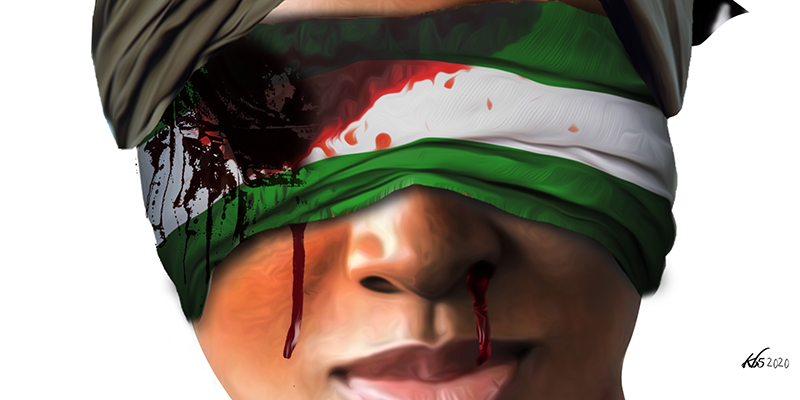 The #EndSARS protest represents an unprecedented point in the history of popular struggles in Nigeria. I am happy to be alive to witness this period. I had thought Nigeria was incapable of producing such inspiring, massive resistance. We have never seen anything like this before in the history of Nigeria. No other struggle brought out tens of thousands of people in several cities across all the geo-political regions of the country, defying the guns, risking their freedom and life, declaring they are ready to die for freedom and for future generations.Young people had been written off as preoccupied with the primitive accumulation of wealth. Yet, with the outbreak of the #EndSARS movement, divisions along ethnicity and religion have largely disappeared. The protests have taken a national character, involving employed youths as well as the large army of the unemployed, in virtually all states of the federation. The movement has fulfilled the long-held understanding that the outbreak of social movements and revolts cannot be mathematically calculated. If anyone had predicted that Nigeria would move at such a scale 10 years ago, such a person would have been ignored as indulging in illusory thinking.What started as a protest against police brutality evolved quickly into protests to end all forms of impunity and deprivation. Placards held by the protesters included #end unemployment, #end commercialization of education, #end hunger, #end lack of free medical care, #end bad roads, #end hunger, #end fuel price increase, #end increase in electricity tariff, and so on. Above all, the movement began to acquire a political character as the battle cry of the protesters included #Buhari (the head of the central government) must go!

In the past, anti-military dictatorship struggles involved mass protests, but in terms of the number of people mobilized on the streets, those struggles now pale into insignificance. The struggles against military dictatorship tested the will and conviction of relatively few protesters. Aided by the influence of social media, the spread and numbers of protesters involved in the #EndSARS movement have announced a new and glorious phase in mass struggles in Nigeria.

The nature of the struggle is perhaps responsible for the determination of both the federal and state governments to crush it. Initial measures employed by the state included infiltrating the protesters via agent provocateurs, who joined the protesters in demonstrations only to attack those on the street with dangerous weapons, burning the vehicles being used for the campaigns and inflicting fatal injuries on protesters. Vehicles belonging to security agencies were sighted in video clips, either dropping off heavily armed thugs or picking them up after protesters had been attacked.

The peak of the vicious attacks on the protesters was the Lekki Massacre of October 20 when soldiers, under the cover of darkness, opened fire on the peaceful protesters. Protesters had been gathering at Lekki Toll gate on a daily basis without a break since early in the month. The numbers of people killed and injured is still undetermined, but media reports have it that not less than 12 peaceful protesters were killed in cold blood.

What has now become known as the “Lekki Massacre” enraged the public. Virtually anything that represents the authority of government has been targeted. Shops, banks, houses, and buildings representing the business face of leaders of the ruling party, the All Progressive Congress (APC) and the head of the Lagos State government, were equally attacked and set on fire. Prisoners were set free in many prisons across the country. Party headquarters of the ruling party were attacked. Traditional rulers known to be close to the Lagos State government were not spared by the protesters.

In a palace of a traditional ruler of Lagos, demonstrators raided the palace and left with bags of rice, which were allegedly meant for distribution to ordinary people as part of the COVID-19 palliatives (a term used in Nigeria to describe the relief and support provided by the state). The poverty across Nigeria also saw soldiers who had been sent to restore order allegedly also helping themselves to bags of rice from the palace of the traditional ruler. Poverty thus united the soldiers, the unemployed, and the poor. However, prior to the Lekki Massacre, the protestors rejected food and water sent to them by a notorious political figure in Lagos who is perceived to be an agent of the state government. The rage of the people following the Lekki Massacre was such that the protesters in some states of the federation defied the curfew declared by authorities. The protests continued unabated.

The Lekki Massacre, as well as the killings of protesters in other states, highlights the question whether ordinary people who were protesting are slaves without rights or citizens who have the right to protest. The anger of poor people has been fueled by the refusal of President Buhari to address the nation on the killings. When he made a presidential speech on October 22, he expressed no regret for the Lekki Massacre and the killings in other states. The speech was widely perceived as insensitive. It added to the fury among the masses. Despite social media and video footage on the attack in Lekki, the official position of government is that there were no killings.

The federal government has explanations to make. Under Section 217 of the Constitution of the Federal Republic of Nigeria, the military has no role to play in the civil disobedience that was being carried out by peaceful protesters. The only role of the military is to defend the territorial integrity of Nigeria against external aggressors. Peaceful protesters are not external aggressors. The sacredness of life guaranteed under section 33 of the Constitution has also been violated. Currently, it is estimated that about 60 people were killed during almost three weeks of peaceful protests while many more have suffered fatal injuries. In one city in Oyo State, in Ogbomoso, Southwestern Nigeria, four peaceful protesters were killed by security agents on  October 11—it is important to name them, Jimoh Isiaq (20), Ganiyu Moshood (22), Taiwo Adeoye (25), and Pelumi Olatunji (15).

Despite the largescale killings, the #EndSARS movement has not been defeated. It may have suffered a setback. It may resurrect in the same name or under other names or demands. Poverty is pervasive in the country and the masses will be forced to fight, again and again. The unity of the oppressed, in the north and south of Nigeria, lies in the development of such movements. We know that failure of these movements may herald social conflagration along ethnic and religious lines, which would promote untold hardship, bloodshed, and ultimately a breakup of the country. The challenge is to prevent such a future by building mass movements to unite the masses in collective struggles from below to change society in their own interest.