‘Why Are Africans Not Dying?’ 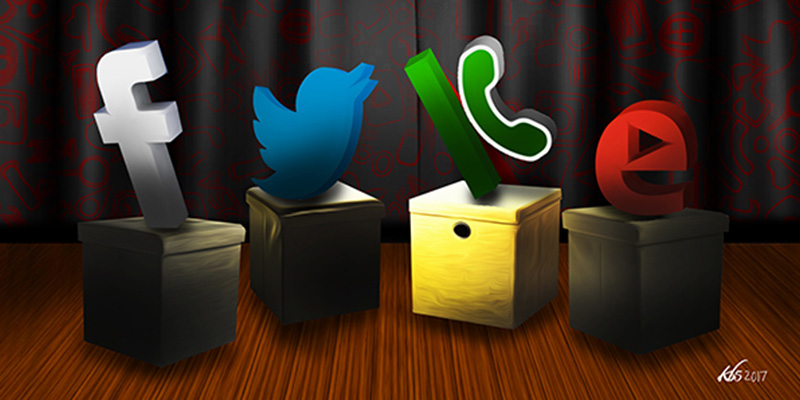 Western experts and international media are apparently bewildered by COVID-19 figures emerging from the African continent that suggest that African countries might have “flattened the curve” much faster than countries in the West, whose infection and death rates continue to rise.

Various theories on why Africans are not dying in large numbers have been proposed, ranging from Africa’s youthful population to the continent’s hot climate. Few have dared to suggest that some African countries might actually have been better at handling the pandemic than countries in the West because this might topple the “West knows best” narrative. Uganda, Senegal and Rwanda, which successfully contained the virus through a series of rigorous measures and strategies, are not being hailed as success stories in the fight against COVID-19, nor do we hear much about Vietnam, where only a few dozen people have died from the virus since the start of the pandemic.

This is in sharp contrast to the massive death toll in the United States. The latest figures from the US show that nearly 7.5 million Americans have been infected with the coronavirus and more than 200,000 have died. Had such horrifying figures been emanating from the African continent, there would by now have been a massive fundraising drive and countless media reports on dying Africans. But there has been no such response for the United States. While there is acknowledgement by the US medical fraternity that there is something that the US is not doing right, there is no international outcry or fundraising initiative. Nor has any country threatened sanctions against Donald Trump for bungling the COVID-19 response which has resulted in the death of his own people.

To be fair, it is not entirely the Western media’s fault for expecting a catastrophe in Africa. Everyone, from billionaire philanthropist Bill Gates to the United Nations Secretary General, predicted that millions of Africans would die from the virus, and they were all geared up for a fundraising campaign for the continent. But on this one, Africa disappointed them. Africans just did not die in sufficient numbers. Yet instead of congratulating African countries for bucking the trend, the Western media and Western experts began looking for reasons that border on racism.

This racism also extends to the Asian continent. Writing in the Medium, Indi Samarajiva talks about a New York Times article where a journalist wondered whether “there is a genetic component in which the immune systems of Thais and others in the Mekong River region are more resistant to the coronavirus”.

Samarajiva calls this racist reporting. “Instead of looking at what the Thai people did, they’re asking if it’s something in their veins. Because Thai people couldn’t possibly just be competent, it must be alchemy”, he wrote.

The truth is if Thailand or Uganda were European or North American countries, we would be showcasing them as “best practices” and manuals would be written on how to deal with a pandemic based on their experiences.

Part of the problem is that the aid and development sector – which the Western media relies on for figures and logistical support when reporting disasters in African countries – is imbued with what an anonymous writer in the Guardian newspaper referred to as a “white supremacy problem”. White supremacy is what drives Western journalists to write paternalistic – and quite often exaggerated – stories about “starving African babies” and other tragedies that not only generate pity (and therefore funds) for Africans, but contempt as well. The anonymous author of the article (who most likely works in the aid sector) explains the inherent bias in international aid organisations:

The insidious racism by white leadership devalues local hires who are predominantly non-white in the countries we work in, and is exemplified by organisations that deem it acceptable to operate with continuous six-month contract commitments for international staff. They ship around highly mobile young people, who have limited contextual and institutional knowledge. Aside from the obvious inefficiencies, to imply this is preferable to hiring locally is an insult to staff, communities and authorities. All these factors lead to a situation where those least affected by decisions are the ones making them. The way that organisations rationalise these actions is deeply perplexing . . . Instead, the prevalence and persistence of white international staff in senior leadership and the continued devaluing of local expertise and people, brings back echoes of the white civiliser, offering superior skills, convinced this is the natural and inevitable order of things.

This quote reminded me of a time when I wrote to a Belgian official working for a UN agency in an Asian country to ask if there was any possibility of me working there. Despite my nearly two decades of experience in the UN and in the development sector, my Asian ancestry and the fact that I speak three Indian languages, he was quick to tell me that I did not have “enough Asian experience”, so I could not be considered for any position. (And there was also the issue of the “budget”.) How a European man felt he was more qualified to work in Asia than a Kenyan Asian woman like me beats me.

There is also the fact that people from rich donor countries who work for aid or humanitarian organisations feel that the appointment of an African or Asian to a managerial position is doing them a favour. The mindset is that these people and their countries are beneficiaries of aid from rich countries, and so their appointment to a high-level position is an extension of that aid. This kind of paternalism also extends to women, who continue to remain underrepresented in senior management positions.

Rosebell Kagumire, a writer and award-winning blogger, says that her short stint at a United Nations agency made her feel like a “token black woman” and a “diversity hire”. At the height of the Black Lives Matter (BLM) protests around the globe, Kagumire wrote an article where she talked about how white privilege and institutionalised racism operate in an organisation committed to human rights and racial and gender equality. She quoted a former colleague from southern Africa who told her, “A white intern can become your supervisor in the blink of an eye, and they will always tell you ‘budget’, but the same budget is not an issue for white people”.

Kagumire talks about how black people are expected not only to work harder than white people, but are also expected to perform better. “One case I’m aware of involved a new recruit from a conflict country who was tasked with producing a key document for the unit – a big task for someone coming from outside the organisation. A few days in, a supervisor, a European white man, said: ‘If she doesn’t have my strategy by the end of the day I will put her on the next plane back’. She had literally fled that country, bullets raining, and survived as a refugee before joining the organisation”, recalled Kagumire.

Another former colleague from Haiti told her: “They wanted my contribution but not my voice at the table because they wanted me to act like I don’t see the injustice. I was the department help and made to feel that I must be grateful to be sitting at the table. The department’s toxic culture eventually got me fired because I refused to act grateful and demanded to be treated equally and to be heard. Eventually, I was no longer allowed at the table and was silenced”.

Kagumire’s article was particularly timely because it came just after UN Secretary-General Antonio Guterres had issued a memo to UN staff based in New York ordering them not to participate in BLM protests in the city, ostensibly because as international civil servants, they were expected to remain apolitical and neutral.

The UN Secretary-General’s directive made many wonder what the UN really stands for. If the UN could not support BLM at a time when people around the world were bringing down statues of slavers and colonial administrators, then what was the point of the UN? Was the Secretary-General afraid that by supporting the movement, the UN might be accused of offending the US government, the biggest contributor to the UN’s budget?

Guterres later said there was no ban on “personal expressions of solidarity or acts of peaceful civic engagement, provided they are carried out in an entirely private capacity”. In other words, if a UN staff member wants to defends human rights (a stated goal of the UN Charter), then that support should be a personal matter.

If COVID-19 has taught us anything, it is that not even a pandemic that has disproportionately affected European countries and the United States can erase the racism inherent in the Western media and in humanitarian organisations.