The Violence in Ethiopia 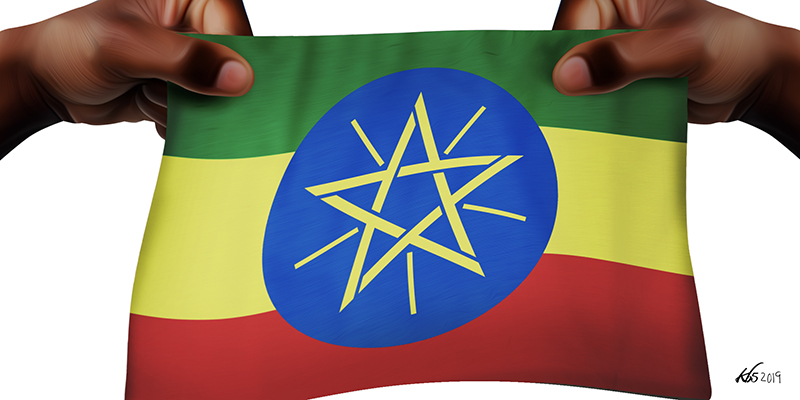 The deadly violence that rocked Ethiopia this summer following the death of artist Hachalu Hundessa has been a subject of much speculation and contention. The facts as we know them are that immediately following the assassination close to 250 people died and thousands were jailed, mostly in the regional state of Oromia and Addis Ababa.

What is contested, and less clear, is the nature of the violence, its perpetrators, and victims. Two prominent narratives have emerged following the crisis to explain what unfolded. One holds that the violence was a brutal government crackdown on Oromo protesters grieving Hundessa’s death. The other describes the events as targeted attacks by armed Oromo youth against ethnic and religious minorities. While both narratives contain elements of truth, ignoring one or the other is either ignorant or intentionally misleading.

A recent Africa Is a Country article highlighting the poor coverage by Western media of the situation in Ethiopia, for example, makes no mention of ethnic and religious violence, aside from denouncing media outlets that reported it. Rather, the author’s objective is to “set the record straight” by showing that the underlying cause of violence and instability in Ethiopia is the consequence of a political struggle between an oppressive government and Oromos who have been and continue to be marginalised.

Such a viewpoint is erroneous and polarising in the current political climate. To advance a narrow agenda, it glosses over human rights violations and the brutal killing of innocent bystanders by non-state actors.

To provide more context, the agenda I speak of is tied to the Oromo struggle for greater autonomy and recognition. That struggle, which paved the way for Abiy Ahmed to assume power as the first Oromo Prime Minister two years earlier, now seeks his departure. At the heart of this reversal is the Prime Minister’s consolidation (rather than actual dismantling) of the ruling ethnic-based EPRDF coalition into the Prosperity Party, which has, nonetheless, left intact Ethiopia’s unique system of federalism based on ethnic majoritarianism.

The night of Hachalu Hundessa’s murder, the Ethiopian government quickly shut down the internet, while a social media whirlwind erupted abroad as Oromo activists insinuated that Hundessa was killed because of his support for the Oromo cause.

Leaving that aside, the EPRDF had always been a highly centralized institution in practice, and the mere symbolism of this move, in addition to the Prime Minister’s rhetoric about unity, have left some Oromos feeling betrayed. Furthermore, fractionalisation among Oromo elites, including within the former Oromo Democratic Party (ODP) faction of the EPRDF (now Prosperity Party), which recently ousted key leader and Defense Minister, Lemma Megersa, has divided and weakened the movement.

Within this broad movement, one vocal part led by diaspora-based Oromo elites and recent returnees has galvanised the energy and anger of many Oromo youth behind a perspective of anti-Ethiopiawinet (anti-Ethiopian-ness). The “us versus them” mentality pits Oromo nationalists against an enemy that has been described manifestly and repeatedly by the terms Abyssinian and Neftegna (“rifle bearer”). Though prominent Oromo activists stand behind their use of these terms, those who are familiar with the context know that these labels are loaded with ethnic connotations.

The night of Hachalu Hundessa’s murder, the Ethiopian government quickly shut down the internet, while a social media whirlwind erupted abroad as Oromo activists insinuated that Hundessa was killed because of his support for the Oromo cause. Accusations that “they killed him” were recklessly thrown around and left open for interpretation. Within hours of the assassination, allegedly at the behest of Oromo leaders like Bekele Gerba, targeted attacks against non-Oromos unfolded.

In towns like Shashamene and Dera in the Oromia region, several accounts of killings and looting targeting Amharas and other minorities by Oromo youth have been independently verified, in addition to accounts of police and federal forces injuring and killing civilians. Witnesses describe how perpetrators relied on lists detailing the residences and properties of non-Oromos and circulated flyers warning bystanders to not help those being targeted (or risk reprisal), indicating a significant level of organization.

Minority Rights Group International, accordingly, sounded the alarm, warning that these actions bear the hallmarks of ethnic cleansing. Despite this and concerns from Ethiopians throughout the world, Oromo activists and other prominent human rights groups, such as Amnesty International, have remained largely silent about these attacks while condemning the government’s violent response to Oromo protestors.

Government figures provide an ethnic breakdown of the July causalities with the majority of those killed being Oromos within the Oromia region, followed by Amharas and other smaller ethnic groups.  Yet, rather than disproving, as some claim, that targeted attacks by Oromo mobs occurred, this highlights what scholar Terje Ostebo describes as the complexity and inherent interconnectedness between ethnicity and religion within Ethiopia.

According to Ostebo, “the term Amhara, which is inherently elastic, has over the last few years gradually moved from being a designation for Ethiopianess to gaining a more explicit ethnic connotation. It has, however, always had a distinct religious dimension, representing a Christian.” Hence, in parts of Oromia some Orthodox Oromos were referred to and referred to themselves as Amhara. For example, one Oromo farmer interviewed by local journalists reportedly said, “we thought Hachalu was Oromo” after watching the singer’s televised funeral rites that followed the traditions of the Ethiopian Orthodox Tewahedo church.

The “us versus them” mentality pits Oromo nationalists against an enemy that has been described manifestly and repeatedly by the terms Abyssinian and Neftegna (“rifle bearer”).

According to investigations undertaken by the church, a large number of its parishioners (at least 67 confirmed cases) were among the July causalities—a troubling trend, which also includes a spate of church burnings and attacks on Christians that brought large numbers of Orthodox followers out into the streets in protests last year.

To be clear, the violence that occurred was not only ethnic and religious violence. Growing state violence in Oromia and SNNPR has been and continues to be of great concern. As Oromo activists have made clear, it is necessary to end the abuse of force and ensure accountability for these crimes. Yet, when concerns and demands for accountability for non-state violence are raised, these same advocates deny, ignore or dismiss them as part of a propaganda campaign to discredit the Oromo movement. In effect, this dishonesty, itself, has discredited the movement and lost it support by many Ethiopians—both non-Oromo and Oromo.

The recent political turmoil lays bare that the future of an Ethiopian state is hanging by a delicate thread. The polarization that exists today goes beyond disagreements on institutions and policies to the very question of whether we can continue to co-exist as a multi-ethnic nation. Regional elections in Tigray, slated for this week despite the disapproval of the national House of Federation (HoF), and its aftermath may bring these tensions to a boil, again.

As unrest, violence and grievances continue to mount, it is clear that Ethiopia is far from consolidating its transition to a stable democracy. The government continues to curb freedom of speech, jail political opponents and is responsible for violence against civilians. But, if history teaches us anything, it is this: the imminent and existential danger to Ethiopia is not Abiy Ahmed and an oppressive government. It is violent ethno-nationalism.