Do Constitutions Matter? The Dilemma of the Radical Lawyer 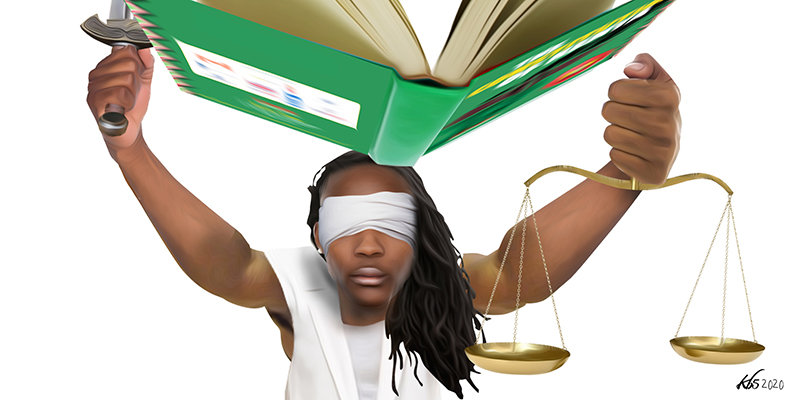 A constitution is as much a political as it is a legal document. It is a power map. The deeper structures of a constitution reveal, albeit partially, the constitution of the state, the primary repository of political power. The constitution defines the citizen and expresses the authority of the state over her. It defines and demarcates the rights of the citizen and limits his or her freedom. In turn, the state demands unquestionable loyalty to itself. The state’s authority and the citizen’s loyalty are sanctioned by criminal law which stands for the use of force. Citizen’s rights and freedoms are sanctioned by civil law which censures individuals and organs, never the state. The citizen’s loyalty to the state is taught in our schools as civics. The state’s authority over the citizen is political, not civic, and politics are embargoed from schools. In the mystified language of politics, the absolute loyalty to the state is called patriotism. It is in the name of patriotism that wars are fought and conflicts between and among ruling classes played out, all at the expense of the lives and freedoms of the people.

The constitution is also an ideological document. It mystifies the citizen’s loyalty to the state as a civic duty while it mesmerises the state’s authority over the citizen as necessary in the interest of society. Rights and freedoms are given by the grace of the state—they are gratuitous. Restrictions and abbreviations of rights and freedoms are a necessity, which the otherwise benevolent state has to enforce in the interest of social stability (read the state’s stability). All liberal and liberal-left discourses, whatever their nuances and however anti-establishment they may sound, ultimately reflect and reinforce the ideological apparatus of the state to justify, mystify and mesmerise the state’s monopoly of authority and violence to maintain the status quo.

Why then do constitutions matter?

Constitutions are a terrain of struggle, as progressive lawyers would say. It is a cliché but a cliché with some truth and much mystification. Permit me briefly to deconstruct the cliché by asking the following rhetorical questions. Who fights that struggle? At what site? In whose interest? For what purpose? Under what perspective and set of values (which is really a euphemism for ideology)? Lawyers fight that struggle in the courts through litigation in the interest of their clients with the purpose of winning, driven or motivated by a set of liberal values—human rights, accountability, checks and balances, limitation of power etc.—that are anchored in liberal democracy which is the staple on which we have been trained and fed and brought up.

What is there in it for lawyers? Fees in the pocket, status in society, reputation at the bar, appeasement of the conscience and inflation of the ego. That is a bit harsh. For there are some who do pro bono work, probably funded by liberal donor organisations including such dubious funders as George Soros’ “Open Societies”. (Soros made his money through speculation on the financial markets or what is better termed as “casino capitalism”.)

But, to be fair, on the margins of such a coterie of elitist lawyers, there exist sincere, well intentioned and self-sacrificing lawyers who are motivated by their passion for social justice and the fight for the rights, dignity and livelihoods of the working people.

It is important for these radical lawyers to recognise the limits of bourgeois law and constitutions because, firstly, law, by its very nature, individualises collective demands as individual grievances and disputes. It thus fragments social struggles and undermines the solidarity of the working people.

Secondly, in a litigation it is the lawyer who is the hero while the people are victims or spectators. The hero fights while the spectators cheer. It deprives the people of their self-esteem and militancy. It subverts the people’s agency.

Thirdly, the struggle moves from the barricades to the barristers thus robbing the people of their schools of struggle which are the streets, neighbourhoods and places of production.

Fourthly, while victory goes to legitimise the status quo and the system, defeat results in despondency and hopelessness, and not infrequently, surrender.

Finally, the progressive lawyer is infected even more deeply by the liberal virus, to use Samir Amin’s phrase, holding high the placard of change and reform while simultaneously holding down the banner of fundamental transformation.

So, then, the question for the radical lawyer is: why fight for rights and freedoms and constitutionalism? Why, at all, do constitutions matter? How can a radical lawyer engage in the rights struggle while keeping his passion for social justice and transformation alive and undented?

First, a radical lawyer must disinfect herself or himself of the liberal virus. And the most effective vaccine is revolutionary theory and conscientious practice.

The question is: what kind of politics? Radical politics are not on offer and cannot be picked up from workshops and seminars. Rather, they are to be learnt from the masses, for real politics are to be found where the masses are.

Fourth, a radical lawyer should not stop at chanting that the constitution is a terrain of struggle. He or she must go beyond to identify sites of struggle. The sites of struggles which matter to the people are where they live (urban neighbourhoods and village communities) and where they get their livelihoods (land and factories).

Fifth, and finally, a radical lawyer must recognise that the sites of struggle are also sites of organising working people. Unorganised masses are like steam that evaporates into air and disappears. But the same steam when captured in an engine pushes the piston and moves the engine.

Stating these guidelines in the abstract rightly sounds esoteric and perhaps unrealistic. It behoves me to concretise them. I will do so by broadly painting one possible scenario.

This way of crystallising the rights struggle on the ground also gives radical activists a handle on the demands that should be made of the state at the national level. And here I draw in the concept of commons, both traditional commons—land, water, above ground and below ground natural resources—and new commons which are often called public goods. In these, I include education, health and sanitation, energy, communications and finance. Here the strategic demand would be to de-commodify and de-privatise the commons. In other words, for the working people to reclaim the commons and liberate them from the clutches of monopoly finance capital assisted by our comprador states.