One Man, One Shilling Politics: A Return to Inequitable Development, Marginalisation and Exclusion 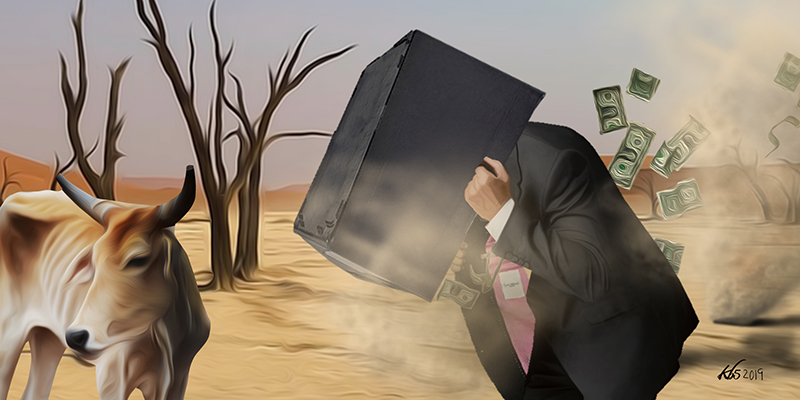 As public finance advisor to the Committee of Experts (COE), I was the principal author of the “layman’s draft” of Chapter 12 of the Constitution of Kenya 2010.

On the matter of revenue sharing, the 2010 Constitution uses the word “basis” as opposed to “formula.” There is in fact no reference to “formula” anywhere in the articles on revenue sharing. This is on purpose. The reason is as follows: There are two basic models of fiscal equalisation, namely the formula and the institution model. Systems that use formulas do not have standing institutions such as the Commision for Revenue Allocation (CRA). Formulas are developed by ad hoc technical teams and passed into law. When the law is due for revision, another ad hoc team is constituted to do so. Formulas are problematic for the very reasons that are playing out now. Once enacted, they put the country in a straightjacket that it is forced to live with until the next revision is due.

We were alive to the fact that the history of inequitable “sharing of the national cake” as we call it, is a highly emotive and divisive issue and, indeed, one of the core grievances identified in the Agenda 4 items of the National Accord. We recognised that the country would be on a learning curve for a considerable period and, anticipating that the allocation process had the potential for exacerbating instead of healing ethnic divisions, we felt that we needed a credible authoritative team of “honest brokers” to navigate the country through the transition. The “original sin” of the current standoff is that the CRA adopted the very formula for which it had been envisaged as an alternative.

The current dispute centres on whether to put more weight on population or on geography in the formula. This dispute, as far as the spirit and letter of the constitution is concerned, is completely misplaced.

The overarching principle to be used as a basis for revenue allocation is spelled out in the Principles of Public Finance (Article 201), specifically 201(b) which states that “the public finance system shall promote an equitable society” and 201(b) (iii) which says that “expenditure shall promote the equitable development of the country, including by making special provisions for marginalised groups and areas”. (emphasis mine).

“Equitable society” and “equitable development” are defined by outcomes such as income per person, life expectancy, school enrollment and education outcomes, access to healthcare, etc. Put differently, this part of the “social contract” that we entered into in August 2010 obliges the state to redress the legacy of inequitable development, marginalisation and exclusion, and to pursue development convergence across the country. While development disparities may persist for different reasons, no community or part of Kenya is entitled to more development than the other using public money. Any distribution of public resources which portends reinforcing these disparities, or creating new ones, is unconstitutional.

We envisaged the “basis” as a goal-oriented process that would arrive at five-year development convergence targets followed by estimation of the resource distribution required to meet those targets. To illustrate, according to the last Demographic and Health Survey (2014) the national under-five mortality rate was 52/1000, lowest in Central at 42/1000 and highest in Nyanza at 82/1000. The mortality rate in North-Eastern stood at 44/1000, slightly above that in Central. Nyanza and Central are equally populous. It is evident that neither population nor geography captures the health inequality that needs to be addressed. The correct “basis” for allocation in this case is the resources required to bring Nyanza’s child survival rate to the national average.

Similary we know that Northern Kenya is grossly underserved in terms of infrastructure. Marsabit County (66,000 km2, Pop. 460,000) is 45 times larger than Kirinyaga (1,500 km2, Pop. 610,000). What would be the rationale for allocating infrastructure money in Marsabit and Kirinyaga based on population?

At 16,000 km2, the amount of land classified as of high agricultural potential (1000mm rainfall p.a.) in Marsabit is one-third bigger than the five counties of the old Central Province (12,000 km2). This potential is underexploited, while that of Central is more or less exhausted. Where, then, should more agricultural development money go?

We envisaged the CRA as a think tank that would provide technical support of this nature to the Senate and also facilitate building a consensus not just within parliament but with the citizenry as well. This, however, does not preclude the process using models and formulas as technical tools but the final product tabled in the Senate for adoption should be a consensus document. This must necessarily begin with objectives, that is, what we are setting out to achieve. For instance, if we set a target of a maximum child mortality rate of 40/1000, then it follows that the gap between the baseline and the target should be the basis for revenue allocation. If we are not agreed on the destination, then it is doubtful that we can agree on the route.

This crisis, then, provides an opportunity for the Senate to abandon the formula straightjacket. We now have seven years of data on the cost of providing services in different parts of the country. We also have good enough socio-economic data to evaluate progress on equitable development.

The politics of “one man, one shilling” is a complete reversal of this principle. It is an attempt to return the country to the trickle-down paradigm of Sessional Paper No.10 of 1965, to wit, “development money should be invested where it will yield the largest increase in net output. This approach will clearly favour the development of areas having abundant natural resources, good land and rainfall, transport and power facilities, and people receptive to, and active in development” (emphasis mine).

We have seen the National Government spend over Sh30b on a transmission line to evacuate wind power from Marsabit to serve these so-called “high potential areas and people”. The people of Marsabit get nothing for their wind resources, and when it comes to sharing revenue, the contribution of the wind resource to the revenue counts for nothing. We have seen the national government rush to Turkana to develop infrastructure to exploit oil, but when it comes to revenue allocation, the investment the oil has brought into the country counts for nothing for the people of Turkana. We have seen the national government pour billions into the Galana-Kulalu Irrigation scheme—notwithstanding the fact agriculture is a devolved function—to meet the food deficit of the high potential areas, yet when it comes to revenue, the envisaged contribution of Tana River people’s land and water resources to national food security counts for nothing. This model of controlling and exploiting the resources in the periphery for the benefit of the centre is called colonialism.

Since assuming office in 2013, Uhuru Kenyatta has done everything that he could possibly do to undermine the 2010 Constitution. He has sought to pass retrogressive security laws. He has led the impunity of disobeying court orders. He has bankrupted the country through reckless borrowing in the quest to overshadow the county governments in development spending, including the medical equipment mega-corruption racket that we now know was executed and controlled from State House. Pronouncements by both the Kenyatta and Odinga camps on this conflict have revealed that the Building Bridges Initiative is a Trojan horse for this nefarious agenda. It is this Kikuyu supremacist ideology and hegemonic agenda that brought Kenya to the brink in 2007/8. Uhuru Kenyatta has tempted fate once. He seems to have learned nothing.

At the core of our constitutional dispensation is a covenant to uphold the dignity of every citizen, every community, every region. The overarching principle of public finance, namely an equitable society, enunciated in Article 201 and also enshrined in Social and Economic Rights (Article 43) represents the consummation of this covenant.

More fundamentally, it is the political bargain underpinning Kenya as a unitary state. If Kenyatta and his Kikuyu supremacist cabal feel it is intolerable, there is always the alternative of a full federal system. Mombasa and Lamu get to keep their ports. Turkana gets to develop its oil resources. Marsabit gets to charge for its wind resources. The Tsavo National Park reverts to Taita-Taveta County.

Tyranny of numbers, domination of the weak by the strong, and ethnic superiority complexes, this is not an option. Without a commitment to equitable development, there is no social contract, which is to say that, sooner or later, there will be no Kenya.

Divorce is also an option.