The Hands That Steal: Who Is Benefitting From Aid to the DRC? 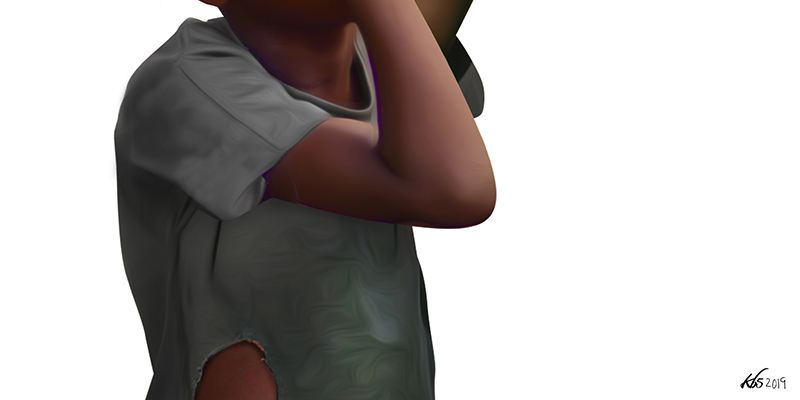 The bringing down of a statue of King Leopold in Brussels has brought to the fore not just the atrocities this Belgian ruler inflicted on his private colony in Congo from 1885 till 1908, but has reminded the world about the gross human rights violations that continue to be part of his legacy today. King Leopold will not only be remembered for amassing a fortune from ivory and rubber in what is now known as the Democratic Republic of Congo (DRC), but for carrying out the most cruel forms of torture on the Congolese people, including dismembering the hands and feet of children who refused to work on his rubber plantations.

Leopold’s legacy of looting and human rights violations did not stop when the DRC achieved independence. On the contrary, Cold War rivalries led to the assassination of progressive forces like Patrice Lumumba, the country’s first prime minister, and the installation of regressive pro-West puppets like Mobutu Sese Seko, who continued with the looting.

The DRC – arguably the world’s most mineral-rich country – thus remains the site of much poverty, conflict and misery as militias and the Congolese army fight to control mining areas and extract taxes. Human rights organisations have for years raised the alarm on cases of human rights violations, including rape, committed by both the army and armed groups, but the violence and abuse don’t seem to stop.

Foreigners keen to get their hands on coltan, uranium, copper and other highly-prized minerals in the DRC have joined in the plunder and abuses. Tom Burgis, author of The Looting Machine: Warlords, Tycoons, Smugglers and the Systematic Theft of Africa’s Wealth (2015), has documented the unholy alliance between militias, smuggling cartels and foreign businesspeople that facilitates the looting. In the book, the DRC stands out as one country where the “resource curse” is particularly severe. “From multibillion-dollar copper deals in Katanga to smuggling rackets shifting coltan out of the East, Congo’s looting machine extends from the locals who control access to the mining areas, via middlemen to traders, global markets and consumers”.

Analysts point out that conflict in the DRC benefits foreign businesspeople and corporations who rely on the country’s minerals; a cessation of conflict might mean that their operations would be under greater scrutiny and would therefore be less profitable to them, as they will be bound by legal and other restrictions, which would inevitably raise the price of the minerals and the cost of doing business in the DRC. However, because corruption in government is also an essential cog in the looting machine, such government oversight is highly unlikely for now. So the looting and the killing continue.

Enter the UN and international NGOs

DRC has also attracted a large number of international NGOs and humanitarian agencies that work under difficult circumstances, but which have also been caught up in the war economy of the DRC. In many cases, these organisations also get sucked up in the looting, either accidentally or by design. With little oversight, and a government that is happy to allow aid agencies to do the work it should be doing , employees of these organisations have found innovative and deceitful ways to make quick money on the side, as revealed by a shocking investigative report published by The New Humanitarian on 11 June.

The investigation shows how millions of dollars of aid money ended up in the hands of corrupt and unscrupulous aid workers, business owners and community leaders who illegally benefited from the Rapid Response to Population Movement (RRMP), a programme that delivers large-scale multisectoral assistance to recently displaced or returning populations in the DRC, and which is managed by the United Nations Children’s Agency (UNICEF) and the UN’s Office for the Coordination of Humanitarian Affairs (OCHA).

This is how the scam operated: “When a conflict or natural disaster occurred, aid groups would receive reports from local community leaders that exaggerated the number of people who had fled their homes. Business people would then pay kickbacks to corrupt aid workers to register hundreds of additional people for cash support who were not actually displaced. The merchants would then receive the aid payments and share with the local leaders”.

This fraud was first discovered by Mercy Corps, which conducted its own investigation in November 2018 and found that at least 19 of its own employees were involved. Many of these employees lived large – one of them had even started building a hotel. “The fraud scheme showed how, after some 25 years, humanitarian aid in Congo is no longer just a lifeline for those fleeing conflict but an opportunity – for local power brokers, business owners, and aid workers at both international and local organisations – to cash in on the country’s endless wars”, said the report.

The goings-on in the DRC show how easy it is to rig an aid programme so that assistance does not reach the intendedbeneficiaries but benefits a few well-connected individuals who profit from people’s vulnerability. As I have pointed out before, and have explored in some depth in my book War Crimes, pouring aid money into fragile or failed states often leads to the diversion or theft of the aid, and ends up benefitting warlords, the political elite or those with guns.

The reason why theft of aid is more likely in fragile states, or countries or regions experiencing conflict, is because there is little monitoring of where the aid ends up. Most UN agencies and international humanitarian organisations do not have staff on the ground in countries that are experiencing conflict because it is considered too dangerous. So they employ local NGOs – referred to as “implementing partners” – who are expected to deliver aid to communities on the ground. But with no oversight from the parent aid organisation, it is easy for these implementing partners to do what they like with the aid, and to lie about how it was used. And with no effective monitoring of the aid supply chain, those giving the aid can also cook up figures to make their projects seem successful. Aid workers thus inevitably become embroiled in the stealing as there is no one asking questions.

In Somalia, UN monitors have known for some time that individuals and groups have been operating criminal networks that exploit vulnerable populations, particularly during a famine. Many of these networks act as “gatekeepers” who determine who gets food aid and who doesn’t, how much of the aid will be diverted, and who will benefit from its sale. Sources interviewed by the UN monitors estimated that up to 50 per cent of food aid to Somalia was regularly diverted, not just by transport companies owned by Somali businessmen, but even by World Food Programme personnel and non-governmental organisations operating within Somalia. According to the UN Monitoring Group on Somalia and Eritrea, Some implementing partners even owned protected warehouses where food aid was delivered and then put up for sale in Mogadishu’s markets.

After the Mercy Corps investigation in DRC, an operational review was commissioned by an anti-fraud taskforce created by UN agencies and aid groups. The report of the taskforce was shocking both in terms of the scale of the corruption and the people and organisations involved. It found that bribery and kickbacks involving contracts between international aid groups and national NGOs were “particularly egregious, with local organisations sometimes expected to provide kickbacks that could amount to more than 10 per cent of the contract value”.

Procurement processes were especially lucrative, with suppliers expected to provide kickbacks of up to 30 per cent of the contract value to staff of NGOs and UN agencies. (Incidentally, the practice of taking kickbacks from suppliers has apparently also pervaded some sections of the NGO sector in Kenya. A reliable source informed me that in order to obtain contracts, suppliers and consultants routinely have to provide kickbacks to procurement officers working for some international and local NGOs based in Nairobi. Those who refuse to give kickbacks are denied contracts. This practice has severely impacted the quality of the work that the NGOs do, as often it is not the most qualified people who are given contracts, but those most willing to part with a bribe.)

According to the New Humanitarian, which was given access to the report of the taskforce, “Representatives of national NGOs and suppliers told the review’s authors they believed that flagging corrupt practices would get them blocked from future contracts or partnerships with aid agencies. Both described a blacklist collectively enforced by some workers at different aid groups – most often UN agencies – for those who ‘disturb the system’”.

Offering jobs in exchange for sex is also “widely practiced” as is sexual abuse and exploitation by aid workers. The corruption and the abuse continue because those tasked with evaluating project performance are also paid bribes to hide irregularities.

So, basically, the people of the DRC are not just being screwed by the corrupt Congolese government, armed groups and foreign business interests, but also by UN and international NGO workers, who have joined in the looting of one of the most exploited countries on earth.

The lesson we can learn from this case is that aid corrupts. And in strife-torn regions, it can actually be downright harmful.