Racism in America: We Can’t “Policy” Our Way out of This Crisis 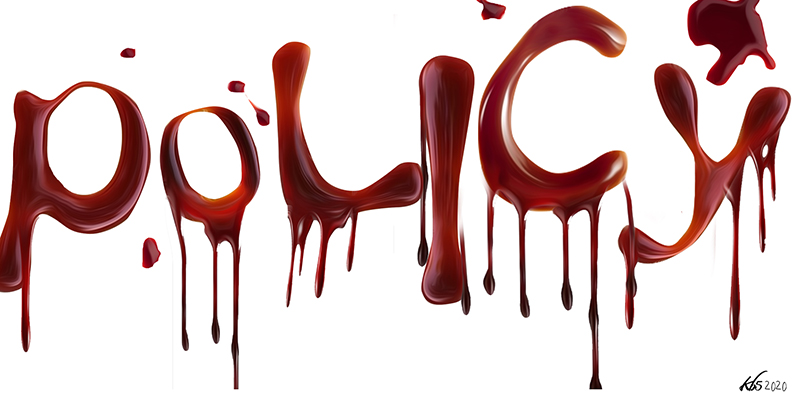 It is a sad day when Target, a corporation, releases a statement more in touch with the reality of being black in America, than the black former President Barrack Obama. In fact the most hard hitting words in his statement, “’the knee on the neck’ as a metaphor for how the system so cavalierly holds black folks down, ignoring the cries for help” are arguably not his, as he is quoting a friend.

Meanwhile, Target in their own words state categorically that, “The murder of George Floyd has unleashed the pent-up pain of years, as have the killings of Ahmaud Arbery and Breonna Taylor. We say their names and hold a too-long list of others in our hearts.” And, where Obama signals that not all cops are bad, his way of saying there are good people on both sides, the Target statement does not mention the police at all. For those who might have been hoping for a more progressive post-presidency Obama, it is time to simply recognize him as the first black president who gave us hope and leave it at that.

Both statements however do not go enough in understanding that, to put it bluntly, the United States is fucked unless we call for and find radical solutions. They don’t speak to just how weak the façade of democracy and how hollow the claim of being the “richest nation on earth” is. The US national debt stands at $25 trillion with about 10% of that being owned by China and Japan. Internationally, the US is becoming more isolationist, withdrawing from international treaties and organizations the latest one being the World Health Organization, and this at a time of a global pandemic. In effect, it is becoming a colossal, irrelevant giant with a military-industrial-complex to match. And, without diplomacy more war is the likely recourse.

43 million people in the US were living in poverty before the pandemic. Jobless claims stand at $40 million decimating the much touted middle class—which was made up of millions of people living from pay check to pay check, in mortgaged homes, and driving loaned cars. To put it another way, the dream never really existed for black people, and it had long died for millions of others. Racialized incarceration rates, always a major concern, and amongst the highest in the world, are now turned deadly by the pandemic.

There are 100,000 COVID-19 deaths, and because we have a government that delayed locking down and is now opening up the country for business without doing the minimum preparation of contact tracing and testing, we can be sure that without a vaccine, more people will die.

And in all these examples, black people have been doing most of the suffering and in today’s context, most of the getting sick and dying.

It is a terrible and worsening economic system, except for the wealthy, that has been driven by racist ideology. White supremacy is the opium of white people. Even the liberals and those on the left are beneficiaries, in the same way the North was benefiting from slavery in the South—money did not respect state borders, trade continued, and money was kept in banks in the North. They need to take responsibility for slavery, the very foundation on which our present racist society rests. No more saying my great-grandparents were not slave owners and/or I am not a racist and therefore it is not my concern.

When US Vice President, Mike Pence, tweets, “We condemn violence against property or persons” and in that order, he means white property and white persons. Having previously refused to acknowledge police racism and violence, he is in effect defending his soldiers out in the frontlines of the war against black people—the predators, the thugs, welfare queens and looters. On looting, I have only two words to say, it was James Baldwin who said, “you’re accusing a captive population who has been robbed of everything of looting. I think it’s obscene.”

In a sense I can understand why the police sometimes seem perplexed when people protest, after all they are just doing the job the government has tasked them to do. But as agents and enforcers of a racist state, they must be protested, at least so they can enforce their mandate without shooting and strangling black people to death. So at least we can at least breathe, and live and work to dismantle the system that makes a racist police its foot soldiers.

Given the radical times we are in, both the vacuous and vicious nature of American capitalism and the failure and racism of the Trump regime have to go. Given how deep the hole we are in is, to crawl out there is no real difference between Obama, Trump, or Biden. There was a vast difference between Sanders or Warren and Trump. But the fear that Sanders could not win led us to picking the safer bet in Biden. And for that choice black people, especially, will continue to suffer the most.

For Karl Marx, looking back on revolutionary France and its failure to transform the lives of workers, part of the problem was the impossibility of making change as if the past did not matter. He argued that “Men make their own history, but they do not make it as they please; they do not make it under self-selected circumstances, but under circumstances existing already, given and transmitted from the past.” To end racism, we will have to change the structures from which it draws its mandate, and get rid of liberal and right-wing politicians who give it oxygen while we are being asphyxiated.

We cannot reform ourselves out of the times we are in.