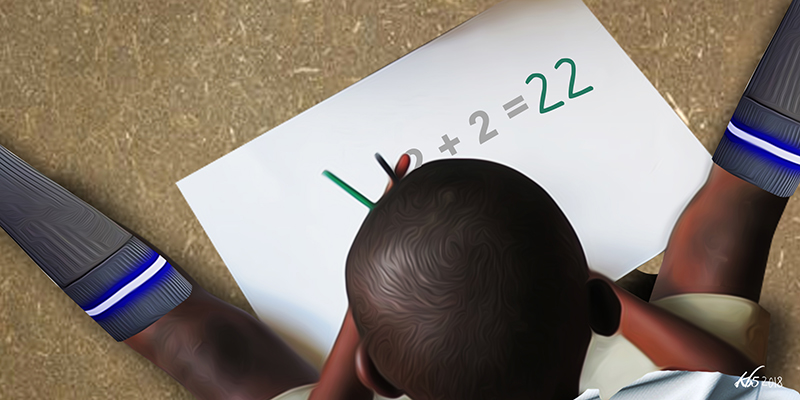 A few years ago, I noticed an interesting phenomenon in the profile of applicants for language faculty positions. A number of degree holders had studied, especially in the UK, language teaching, rather than linguistics or education. This meant that the interviews revealed gaps in the candidates’ theoretical and technical grasp of either field.

​An additional phenomenon, which was more worrying, was that when we asked some about their PhD aspirations, some of the applicants were not interested in pursuing their discipline. Some wanted to go into development and related fields, others into the more attractive degrees like communication. More disturbing among the literature aspirants was that some were not familiar with the latest fiction and other artistic output by Kenyans.

Because of Kenya’s anti-intellectual culture rooted in colonial rule and post-independence autocracy, most Kenyans reading this will collapse into the age-old narrative that Kenyan universities are at their usual game of producing graduates with “useless degrees”. However, I will argue in this article that these gaps are not just structural, but also neoliberal and global.

My interest in this issue has been ongoing. I am especially concerned that key professions in Kenya are being overwhelmed by administrative bloat, where the bulk of decisions are made by people who do not have the experience or training in the professional area they are making decisions about.

My concern got a boost recently during a conversation about the COVID-19 pandemic lockdown and the current debates about privatisation of healthcare.  The thing that struck me about the conversation was the faith in policy to fix structural problems. This faith is not unique to health. However, I find it interesting that in several cases, many of these policies are foreign or “international” (to remove the overt Euro-American provenance), and Kenyans are taking the assumptions about the policies for granted. As such, people get surprised when I question the policy itself, or its ability to resolve the problems it claims to solve.

I therefore decided to sample the syllabi of postgraduate degrees in public health in universities in Kenya, the UK and the US. Of key interest to me were:

In answer to the first question, the degrees were open to graduates not just from medicine, but from a wide range of disciplines. I am not against this in principle, but I am concerned that in a country like Kenya where business graduates have colonised the professions, this degree baptises such graduates with healthcare qualifications they do not possess.

On the second question, none of the topics is explicitly addressed, but more interesting is that there is at least a unit or two on traditional economics and on management systems. With international pharmaceutical companies and financiers interested in commercialising health, the absence of units on racism, imperialism and neoliberalism raises a flag about the possibility that universities are creating a cohort of policy bureaucrats to infuse the neoliberal logic in public healthcare systems worldwide. This would explain the rise in such scholarships from Western government bodies to students in the global South.

I am especially concerned that key professions in Kenya are being overwhelmed by administrative bloat, where the bulk of decisions are made by people who do not have the experience or training in the professional area they are making decisions about.

And yet, if this pandemic has revealed anything, it is that health is a multi-faceted sector that requires the cooperation of people with specialisation in the humanities, social sciences, life sciences and physical sciences. In other words, every discipline has to be involved in the discussions, knowledge and politics of health.

Interdisciplinary degrees are a luxury

The problem is that advocates for interdisciplinary research do not address the culture of the Kenyan university as it now stands. These days, each discipline and department is a competitor, not a collaborator. We are all competing for student numbers to avoid the risk of being shut down or losing our jobs. That means that people whose disciplines sound job-oriented, like media studies or conflict resolution, or even “public health”, attract more students than language, performing arts, history, political science or medicine. Departments would now rather create units in their departments that cover the necessary skills from traditional disciplines than allow their students to come study in the departments of traditional disciplines. Some faculty even go as far as telling their students that the units are not available in sister departments.

The problem is that advocates for interdisciplinary research do not address the culture of the Kenyan university as it now stands. These days, each discipline and department is a competitor, not a collaborator.

To compound matters, the managerial overload in Kenyan universities means that the spontaneous interdisciplinary conversations among academics have basically died. Large class sizes mean that we can afford little time to chat and think. When we meet, we are meeting to troubleshoot inefficient systems, or to discuss administration matters such as how to fulfill the government’s regulation requirements or which new programme would attract students.

This culture of self-consciousness and competition is carried into academic conferences. We don’t read or discuss each others’ work, partly because, as I noticed when I was researching on education, our research agendas are dominated by government policy and not by public conversation or challenges.

With universities divided like this into silos, students can graduate without ever hearing people from disciplines outside their degrees. The days when Anyang’ Nyong’o was a political science student publishing poetry, or when Kivutha Kibwana was a law student writing plays, have gone. 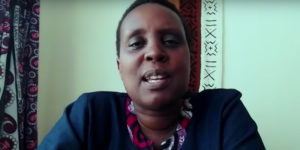 For those of us in the arts, the bulk of our students are now in our classes just to meet the bureaucratic requirements and to sign the attendance sheet. And when we try to tie our discipline to actual issues in society or to other disciplines, the students feel that we are deviating from the syllabus. We are asking them to think, but university education is not for their minds. University education is for employers.

This situation has been brought about by the failure of Kenyan academics to challenge the language of the market imposed by the government and the private sector, who often accuse universities of offering programmes that are “too theoretical” and which have no practical use in the market.

But a more serious problem is now gaining root. We have fewer workers in the fundamental areas because Kenyans are shunning arts and science-based courses and going for interdisciplinary degrees in the belief that they will pursue careers as policy makers in either government, business or the NGO sector.

This scenario has produced the frustration of professionals in the arts and sciences. As a literary scholar, for example, I was recently frustrated by journalism which collapsed melodrama into investigative reporting. Mordecai Ogada, an ecologist, writes of the strange situation of seeking an internship at Kenya Wildlife Service (KWS), and being told by no less than the research director that KWS did not need research scientists but wildlife managers (who are often trained in business schools).

This situation has been brought about by the failure of Kenyan academics to challenge the language of the market imposed by the government and the private sector, who often accuse universities of offering programmes that are “too theoretical” and which have no practical use in the market.

Some time back, a medical doctor expressed frustration with public health graduates, saying that their top applicant for a job “couldn’t differentiate between airborne diseases and waterborne diseases. Or give an example of a bacterial STI [sexually transmitted infection]”.

Interdisciplinary courses are failing our students because they are teaching students to integrate and apply knowledge which the students have not mastered in the first place. It is my opinion that we need a moratorium on these programmes in Kenya until such a time that we have enough health workers to treat, enough teachers to teach, and enough professionals to practise their skills in the field. Interdisciplinary fields are flooding the market with health professionals who can’t or have never treated, with education bureaucrats who make policy that does not work in the classroom, and, as Ogada said, with research officers who are basically revenue collection agents.

In his book, Disciplinary Decadence: Living Thought in Trying Times, philosopher Lewis Gordon addresses this silo mentality of university departments, noting that disciplines have collapsed on themselves and stopped talking to each other. Instead, he notes, everybody attacks the other for not being them. For instance, philosophers attack religion scholars for not being philosophical, literature scholars attack medics for not being literary, and medics attack artists for not being medical. The economists attack everybody else for not being entrepreneurial. What is lacking, Gordon argues, is the recognition that education is necessarily interdisciplinary, and requires conversations across disciplines.

These silos need to be replaced with the “teleological suspension” of our subject areas in our pursuit of knowledge. Teleological suspension, Gordon explains, “is when a discipline suspends its own centering because of a commitment to questions greater than the discipline itself.” We implement this suspension because it is more important to answer real life questions using knowledge from various disciplines than it is to be a stickler for rules and insist that a question can only be answered by one’s own discipline, and that people who are not trained in that area cannot participate in the conversation. Just like we suspend reality when we read fiction or watch a play, we professionals and academics should be able to suspend our professional titles and training as doctors, philosophers, literary scholars, scientists or anthropologists, and be able to talk to people in other disciplines over the common issues confronting all of us.

What is lacking in Kenya is not graduates; it is real education in its true interdisciplinary character. Kenyans are unable to talk with each other across the disciplines because they have been compartmentalised by the market logic imposed by the private sector, enforced by the government and popularised by the media.

We need to return to true education because education is the space in which society suspends disciplinary boundaries and discusses real life issues. Instead of bureaucratising interdisciplinary-ness through degrees, we should reconstruct the university to become a community where the public – not just academics and students – come together from across the disciplines to discuss issues facing all of us. Education needs to return to being the public space through which, as Gordon says, “the unpredictable can leap forth and the creative can shine”.

Achieving such an education system requires the following:

The war against theory, Gordon says, is in reality a war against truth and reality. In fact, one striking feature of the public health programmes I surveyed is that there is no unit dedicated to theory. How are the students able to talk across diversity of disciplinary backgrounds with no theory?

Life and reality, in and of themselves, are already interdisciplinary. There is therefore a need to heal Kenyan higher education so that it reflects life itself. Universities need to be communities

Kenyans are unable to talk with each other across the disciplines because they have been compartmentalised by the market logic imposed by the private sector, enforced by the government and popularised by the media.

Let us emulate the Cubans and train and employ more health workers who actually treat Kenyans, and who can resist being outnumbered and overpowered by bureaucrats implementing the neoliberal and bureaucratic logic that is destroying our healthcare. The health workers can then team up with the “useless” graduates in the arts and social sciences to come up with an experience-based, technically robust and human response to health challenges such as pandemics. That way, we would not rely on bureaucratic and “policy” responses that are proving to be more neoliberal than anything else.