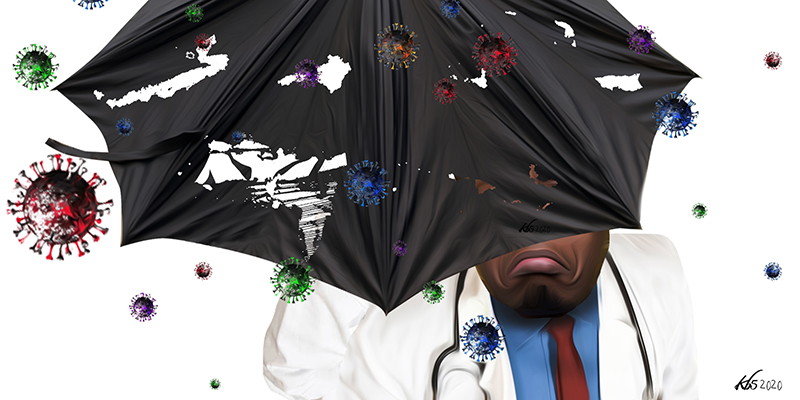 By the third week of March 2020, the number of COVID-19 deaths in Italy had overtaken the number of deaths in China. Authorities all over the world are restricting the movements of their populations as part of efforts to control the spread of COVID-19.

For the time being, more and more governments are benchmarking their responses on the very worst outbreaks in Wuhan and northern Italy. But lockdowns inevitably have adverse economic impacts, especially for businesses, particularly small ones heavily reliant on continuous turnover. Are there other ways to bring the virus under control without lockdowns?

The Republic of Korea, or South Korea, is one of a handful of mainly East Asian economies that have dramatically reduced the number of COVID-19 cases as well as related deaths. On 29 February 2020, the country saw 909 newly confirmed cases.

By 25 March, the number of newly confirmed cases fell to 100. It has gone from having the second-highest rate of infection globally to eighth place, behind China, Italy, United States, Spain, Germany, Iran and France, all with varying rates of testing.

For now, South Korea has checked the spread of infections. It has managed to slow the spread of COVID-19 without imposing lockdowns, even in its most infected city, Daegu. How have they responded differently to the crisis?

The median incubation period, between infection and symptoms first appearing, is about five days, during which time asymptomatic individuals may unknowingly infect others. Mass testing detects infections early, so that individuals can self-isolate and get treatment instead of infecting others.

South Korea had built up its testing capabilities following the Middle East Respiratory Syndrome (MERS) outbreak in 2015. It was thus prepared with test kits and facilities for rapid development, approval and deployment in case of future outbreaks.

After South Korea confirmed its first case of Covid-19 on 20 January 2020, hundreds of testing facilities, ranging from drive-through kiosks to hospitals and local clinics, quickly became available across the country.

The tests are mainly free for those whom medical professionals suspect need to be tested, e.g., if they recently returned from China. The tests are also free of charge for “secondary contacts” of a person known to be infected or to belong to an at-risk group.

Others who do not belong to these categories, but wish to be tested, are charged 160,000 Korean won (about US$130), but the amount is reimbursed if the result is positive, with any treatment needed paid for by the government.

Mass testing detects infections early, so that individuals can self-isolate and get treatment instead of infecting others

Another legacy of the MERS outbreak is that the government has the legal authority to collect mobile phone, credit card and other data from those who test positive for contact tracing efforts. China, too, has made use of artificial intelligence and big data to improve contact tracing and manage priority populations.

Although this has sparked debates over privacy concerns, South Korea’s proactive testing and contact tracing methods have also been praised by the World Health Organization (WHO), which is encouraging other countries to apply lessons learned in South Korea, China and elsewhere in East Asia.

Although South Koreans are banned from entry into more than 80 countries around the world, its authorities have only restricted incoming travellers from China’s Hubei province, whose capital city is Wuhan, and Japan, due to bilateral political tensions.

Special procedures require visitors from China and Iran to use smartphone applications to monitor for symptoms such as fever. As Europe has become the new epicentre of the pandemic, all visitors from Europe are now being tested for Covid-19, with those staying long-term quarantined first.

The Korean Centers for Disease Control and Prevention (KCDC) continue to urge people to practice social distancing and personal hygiene. Mass gatherings are discouraged, and employers encouraged to allow employees to work remotely. But no lockdown has been imposed, and South Korea has not imposed nationwide restrictions on movements of people within its borders.

Besides South Korea, the WHO has also praised China for its Covid-19 response, which has rapidly reduced new cases, besides helping other countries with their efforts. More and more countries are restricting freedom of movement through lockdowns, citing China’s response in Wuhan.

However, Bruce Aylward, who led the WHO fact-finding mission to China, notes,

“The majority of the response in China, in 30 provinces, was about case finding, contact tracing, and suspension of public gatherings—all common measures used anywhere in the world to manage [infectious] diseases. The lockdowns people are referring to… [were] concentrated in Wuhan and two or three other cities . . . that got out of control in the beginning . . . [T]he key learning from China is . . . all about the speed. The faster you can find the cases, isolate the cases, and track their close contacts, the more successful you’re going to be”.

China and South Korea are now primed to detect and respond rapidly, which may make all the difference in preventing a new wave of infections. This is not to say that lockdowns are ineffective; we will soon know whether such measures in countries like Italy will succeed.

The faster you can find the cases, isolate the cases, and track their close contacts, the more successful you’re going to be

The South Korean and Chinese experiences suggest that resources should be concentrated on rapid and early detection, isolation and contact tracing, protecting the most vulnerable, and treating the infected, regardless of means, instead of mainly relying on strict lockdown measures.

This article was first published by inter press service news agency. The authors are both associated with Khazanah Research Institute but do not implicate KRI with the views expressed here.