Kenya and Corruption: The Temporary End of Truth 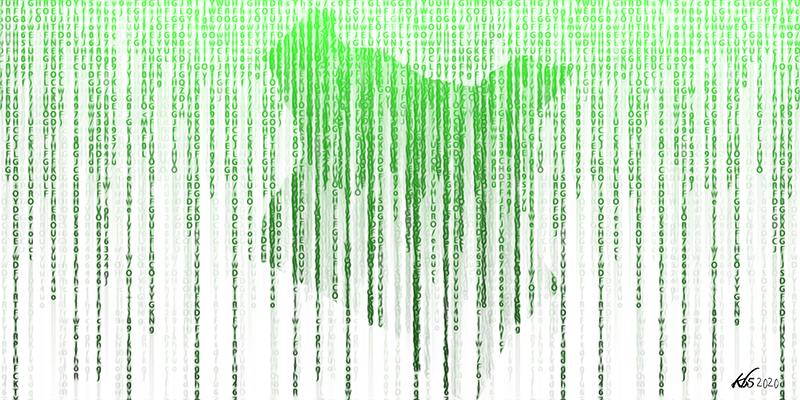 On the 2nd of September 2017, an angry President Kenyatta lashed out at the Judiciary after the Supreme Court invalidated the presidential election results, a full-frontal verbal attack against the judiciary by the head of state, unprecedented in the country’s history. In the past, manipulations of the judiciary were always carried out quietly through political manoeuvring, the public only coming to learn of the interference through the media. “We shall revisit this thing. We clearly have a problem”, Kenyatta said, referring to the judiciary. “Who even elected you? Were you? We have a problem and we must fix it”, he said, speaking on live television at State House in Nairobi after a meeting with governors and other elected officials from his Jubilee party.

The not so strange case of Governor Mike Sonko

At the beginning of December, the governor of Nairobi, Mike Mbuvi Sonko, was sensationally arrested in Voi on a number of charges including corruption. Unsurprisingly, the spectacle of his arrest dominated the media over the following days.

It was a most dramatic action, carried out against our most colourful and most controversial of governors, but deep down, no one was really surprised that the arrest of the governor of the capital city had been turned into a circus; sadly, it is something Kenyans have become inured to.

But this is partly because Mike Sonko is also an authentic grassroots populist with a genuine constituency of support especially among the poor of Eastern Nairobi who first elected him to parliament in 2010. Sonko’s life story is a weave of narratives that the poor relate to at a personal level. His life prior to entering politics was characterised by run-ins with the law, including an escape from prison in the 1990s. His unfiltered style of speaking and his acts of calculated philanthropy have turned him into something of a Robin Hood.

Once when Sonko, then a senator, was picked up by the police, a crowd of his supporters showed up outside the police station shouting, “Mwizi wetu, mwizi wetu!” (Our thief! Our thief!). While we in the generally ideologically vacuous middle-class cringe and guffaw, Sonko and others of his ilk have transformed Kenyan politics in ways similar to what Duterte has done in the Philippines, Trump in America, Urban in Hungary, etc. This is because it is clear to his supporters that Sonko hasn’t been conjured up by branding professionals and PR specialists—he is his own brand. Indeed, Sonko has been at the forefront of redefining what normal political behaviour is in Kenya; what politicians say and how they say it; what they do and how they do it—just how garish and outrageous a public officer can be. He simply doesn’t bother to pretend; if he feels it, he expresses it in the most dramatic manner possible. In the crudest of ways, “he keeps it real”. Moses Kuria is of the same populist mould, as are Aisha Jumwa in Malindi, Oscar Sudi in the Rift Valley, etc. Our politics is increasingly replete with men and women who say on the platform what is usually said in the bar or the bedroom.

While we in the generally ideologically vacuous middle-class cringe and guffaw, Sonko and others of his ilk have transformed Kenyan politics in ways similar to what Duterte has done in the Philippines, Trump in America, Urban in Hungary, etc.

This “explicit” truth has found currency; it excites the multitude who believe that the other politicians are mostly lying. The vulgarisation of the public discourse is now complete and wananchi seem to love it not least because, especially in these difficult economic times, it is also a slap in the face of the wincing, apparently clueless, middle class and its political representatives.

This type of politician, blunt and openly estranged from the truth—part performer and often entertainer—has become more influential in public affairs since 2013. This is a global phenomenon as the neo-liberal economic model fails vast swathes of the citizenry who have come to the realisation that companies, or cartels masquerading as companies, are today far more powerful than governments, judiciaries, parliaments and other governance institutions. Indeed, the grand “institutions” that for over half a century development professionals have insisted are the pillars of peaceful, prosperous, equitable and free societies are under strain in many places and have altogether ceased to function in others. In the field of anti-corruption, experts are whispering to each other that perhaps too much has been made of building institutions over the last 30 years. Some experts point out, for example, that on the corruption index the north of Italy consistently scores better than the south despite both regions sharing governance institutions for several generations. It has become clear that there are many countries where the shadow state—comprised of a vast network of informal relations between the civil service, politicians, business, the security sector, the church and the media among others—is more important to understand than the laws in place to fight graft.

This is a global phenomenon as the neo-liberal economic model fails vast swathes of the citizenry who have come to the realisation that companies, or cartels masquerading as companies, are today far more powerful than governments

Under these circumstances, promises made are not kept and the wider public has realised that there isn’t even much effort being made to keep them. The 2013 Jubilee manifesto is a striking example of this trend. Indeed, it has become clear that many of its policy proposals were a fiction or an opportunity to create slush funds disguised as policy proposals, the verbiage therein being part of the theatre in which we willingly or unwillingly participate. It makes for a toxic environment, bereft of trust and goodwill. Unfortunately, given the current strains, the mechanisms of a modern society’s self-correction—in particular the elections that allow for regular renewal—have in many countries been captured by a tiny elite.

The Building Bridges Initiative (BBI) that emerged out of a political truce between Uhuru Kenyatta and Raila Odinga in March last year was to some another opportunity for a political reboot. This was especially the case following the 2017 election debacle that left the regime bereft of legitimacy. But it is the scale of these expectations that caused the BBI report to underwhelm and disappoint so many. The BBI team rose out of the Kenyan political swamp and led the population to believe that they would tell us how to drain it. Instead, they seem only to continue wallowing in it, deepening the disconcerting confusion prevailing in these times of economic austerity. It is in this light that we must understand how figures like Sonko have come to occupy so much political bandwidth.

It is within this context Uhuru Kenyatta has overseen the most corrupt administration in Kenya’s history while at the same time having his technical agencies expend the greatest amount of energy and resources purporting to fight corruption. This incongruity is derived partly from Kenyatta’s own familial circumstances; he speaks eloquently against conflict of interest in public service while sitting on a fortune created by that very conflict of interest.

Elites generally compete for power in Kenya so they can “eat”; development is extracurricular. Within the elite, however, a consensus is necessary for the “eating” to be “inclusive”. Competition, especially for lucrative public works contracts, is fiercest and most intense as the size of the pie shrinks and the elite fragments. This almost always leads to a dramatic decline in civic hygiene, often to civil rancour and sometimes even to civil strife.

Our transforming political culture has left us in an invidious position. For the first time, even though we know that all politicians lie, now we really cannot tell the truth from the lies so we mistrust everything. This infectious condition has helped exacerbate the split in the ruling Jubilee party; there are now two powerful amalgams of competing political and commercial interests—Jubilee A (behind Kenyatta and Odinga) and Jubilee B (allied to Deputy President William Ruto). A host of other smaller political parties hover around these two giants, negotiating their place at the trough.

The coarsening of public debate has been fuelled in part by the immediacy and anonymity social media provides, but overall it has made serious debate on shared challenges all the more difficult in a complex, rapidly changing, ideologically vacant, intellectually dumbed down but emotionally charged environment. From Kenya’s independence until the early 1990s, eloquent sycophancy was easier to interpret and manage because every mwananchi knew that it was just that—sycophantic babble. Sometimes we even pitied the babblers: “Poor fellow, having to embarrass themselves to keep the president happy”. The sycophant’s lies were different from those of today’s populists who push buttons related exclusively to group fears, antagonisms, worries and stereotypes. In the golden age of the sycophant, from 1963 to 1992, a number of important economic, political and social pillars remained true, retained their integrity and became the beacons that informed public discourse. Even in the most oppressive days of Jomo Kenyatta and Daniel arap Moi, Kenyans could trust the Kenya National Examinations Council (KNEC); a degree from a Kenyan university was a serious instrument of achievement; the government’s budget, read once a year, was treated as credible; the church was an institution to which the truth could comfortably retreat; the Kenya Army was considered professional and clean; the headlines of the Daily Nation and the Standard and magazines like the Weekly Review, Gitobu Imanyara’s original Nairobi Law Monthly, Society, Beyond, The People and others, were not doubted, and the IMF, World Bank, etc., were believed. This is the case no more—many named here have been bastardised or had doubts cast upon their credibility.

And so it is that even as Mike Sonko fights his corruption and other charges, there are many more Sonkos waiting to emerge over the coming few years.