No Country for Muslims? Modi Underestimated Indians’ Tolerance for Diversity 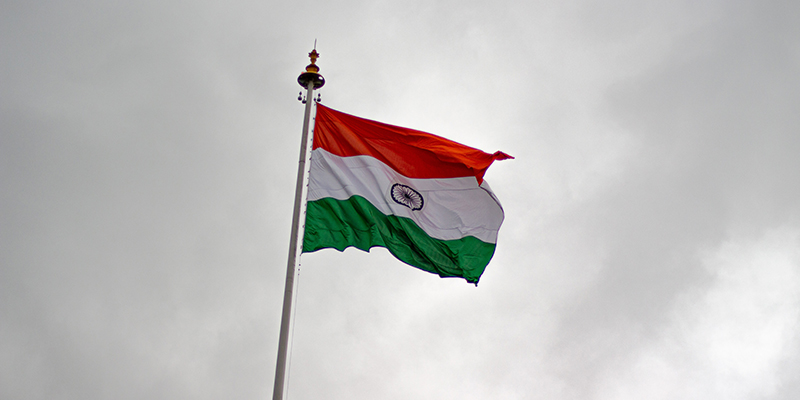 Just before Christmas, when thousands of Indians – both Hindus and Muslims – were protesting against a controversial new law that discriminates against Muslims, a court in Pakistan handed down the death sentence to Junaid Hafeez, a 33-year-old university professor who was found guilty of blasphemy. Hafeez had been accused of posting derogatory comments about the Prophet Mohammed on social media. His case is one among many in Pakistan where harsh sentences have been handed out to those perceived to be insulting Islam.

That same week, a court in the Kingdom of Saudi Arabia – Islam’s holiest land – sentenced five men to death for the murder of the journalist Jamal Khashoggi. Critics believe that the trial was a farce and the real perpetrators of the crime, including Saudi Prince Mohamed bin Salman, have got away scot-free. Khashoggi’s brutal murder in a Saudi consulate in Istanbul in October 2018 shocked the world and led many to point fingers at the repressive Saudi monarchy, which is known to torture and detain those opposed to it – and which seems to suffer no consequences for its inhumane treatment of dissidents, not even from Western nations that advocate democratic ideals to the rest of the world

There were no mass protests or riots in either Pakistan or Saudi Arabia – or even outside these countries – against what are undoubtedly flawed and extremely unfair justice systems. On the contrary, the Trump administration congratulated Saudi Arabia for the verdict against Khashoggi’s alleged killers, thereby whitewashing what was clearly a miscarriage of justice.

So the fact that Indians of all religions have risen against the Citizenship Amendment Act (CAA) is perhaps on indication of how resilient India’s democracy and secularist traditions are. The CAA is being opposed because it allows Hindus, Sikhs, Christians, Jains and Parsees who are in India illegally to acquire Indian citizenship if they can prove that they are being persecuted in Bangladesh, Pakistan or Afghanistan, all of which are predominantly Muslim countries. This privilege, however, is not extended to Muslims from these countries. This is viewed by many as grossly discriminatory and contrary to India’s constitution, which was founded on the principle that religion should not determine citizenship.

At least 25 people have been killed by security forces since the protests began, but Prime Minister Narendra Modi has shown no signs of reconsidering the wisdom of the Act; on the contrary he has become more defiant. This could be because, like Donald Trump, he believes he has a strong base that will support him and his policies no matter what. But that base, it seems, is crumbling in Modi’s case. The protests have not stopped; on the contrary, they are getting louder.

Since independence in 1947, India has prided itself for not being like its neighbour Pakistan, which insisted on forming an independent state for India’s Muslims rather than being part of a united India where both Hindus and Muslims could co-habit peacefully. India held the moral high ground with respect to its neighbour, often boasting that despite being a Hindu-majority country, it had no issue with its sizeable Muslim minority. (There are currently roughly 200 million Muslims in India – almost the same number as the total population of Pakistan.) In fact, until Narendra Modi’s right-wing Hindu nationalist party took over in 2014, successive Indian governments have made it a point to woo and accommodate the nation’s Muslims.

The fact that Hindus in India are fighting to preserve Muslims’ rights is itself a testament to Indians’ tolerance and maturity – even among those who have historical grievances against the Muslim community. Although Muslims have lived in India before the advent of the Mughal Empire, which ruled over India from the 16th century to the mid-18th century, the Islamicisation of India is often attributed to the Mughal invaders/conquerors and their proselytising mission.

There is no doubt that Mughal culture has contributed enormously to the arts, architecture, culture and cuisine of India. Architectural marvels like the Taj Mahal, biriyani, kebabs, and the Urdu language are a legacy of India’s Mughal/Muslim heritage. But the Mughal Empire (which lost power after the East India Company and later the British Empire controlled large swathes of India) is also associated with atrocities, including forced conversions, which India’s Sikhs are acutely aware of as their religion is founded partly on resistance to Mughal hegemony.

Although Sikhism is often viewed as a reaction against Hinduism’s stifling and oppressive caste system, and its first guru, Nanak Devji, is remembered for fusing Islam with Hinduism, thereby creating a monotheistic religion that shunned the worship of gods and goddesses and that bequeathed more rights to women, Sikhs’ resistance to Islam has come to define their religion.

Distrust of Muslims is an instinct that is inculcated in Sikhs and Hindus from childhood, much like the way Kikuyus are taught to distrust Luos. When I was a child, my grandmother reminded me that many Sikh gurus, such as Guru Tegh Bahadur, were tortured or put to death by Mughal emperors for resisting forced conversions to Islam. The sons of Sikhism’s last guru, Govind Singh, were buried alive by the sadistic Emperor Aurangzeb in the late 17th century. Govind Singh formed the “Khalsa” (a militant group of disciples) to wage war against the Muslim rulers.

Northern India’s Sikhs and Hindus thus have an instinctive fear of Muslims that is based on a history where they – not the Muslim/Mughal invading armies – were the persecuted ones, a fact that neither the left nor the right in India is comfortable addressing, but which Prime Minister Narendra Modi and his Bharatiya Janata Party (BJP) have cynically tapped into.

What is happening in India is not your garden variety Islamophobia that emerged after 9/11 but a much deeper instinctive reaction that has its roots in Indian history. While the Mughal period in India is often seen as a golden age when beautiful buildings, poetry, dance forms such as kathak and other fine arts flourished, it is also viewed as a period of intense violence and cruelty. While Mughal emperors like Akbar the Great (who married a Hindu woman) are lauded for fostering harmony between the sub-continent’s largely Hindu population and the Muslim rulers, the atrocities committed by some Mughal emperors has also marred their reign. These atrocities shaped the formation of religions like Sikhism. Yet, the Sikh community’s religious leaders were among the first to oppose the CAA.

The violence that characterised the Mughal Empire, especially in the 17th century, was reenacted again in 1947 when India attained independence and when millions died or were displaced when the new country Pakistan was born and the Indian subcontinent was partitioned. My ancestral family home in Lahore became part of Pakistan. This is a wound that my great grandparents and grandparents harboured for years.

And yet, India’s Muslims who did not cross the border to live in Pakistan in 1947 have rarely felt like they do not belong to India. Hindu temples sit comfortably next to mosques in most Indian cities as do cathedrals and synagogues. That was the beauty of India…until Modi came along, and told Hindus that India belongs to them and them only.

Modi and his BJP party exploited Hindus’ instinctive distrust of Muslims. The Rashtriya Swayamsevak Sangh (RSS), a militant Hindu organisation formed in 1925 and which Modi belongs to, has an agenda to “purify” India, much like Adolf Hitler sought to “cleanse” Germany. In the 1940s, as World War II was raging in Europe, the RSS leader MS Golwalker spoke of an exclusively Hindu nation: “Ever since that evil day, when Moslems first landed in Hindustan [India], right up to the present moment, the Hindu Nation has been gallantly fighting to take on these despoilers. In Hindustan, land of the Hindus lives and should live the Hindu Nation…”

He then went on to extol the virtues of Nazism: “To keep up the purity of its race and culture, Germany shocked the world by her purging the country of the Semitic races – the Jews. Race pride at its highest has been manifested here, a good lesson for us in Hindustan to learn and profit by.”

In January 1948, five months after India’s independence, Nathuram Godse, a member of the RSS, assassinated Mohandas (Mahatma) Gandhi, who the RSS viewed as being sympathetic towards Muslims.

In an article published in The Caravan and adapted from a lecture she gave in New York last year just before the protests in India began, the Indian activist and writer Arundhati Roy stated:

“If Nazi Germany was a country seeking to impose its imagination onto a continent (and beyond), the impetus of an RSS-ruled India is, in a sense, the opposite. Here is a continent seeking to shrink itself into a country. Not even a country, but a province. A primitive, ethno-religious province…That it will self-destruct is not in doubt. The question is what else, who else and how much else will go down with it.”

To understand the depths of Modi’s fascist tendencies, we need not go very far in time. In the six years he has been Prime Minister, he has taken the country down a path that will not go down well in history.

A few recent examples: In November last year, Modi’s government revoked the overseas citizenship of journalist Aatish Taseer on the pretext that Taseer’s father was a Pakistani. Taseer, who grew up in India with his Sikh mother, but who is now a British citizen, had written a cover story in May 2019 for TIME magazine that described Modi as “India’s Divider In Chief”. The revocation of his overseas citizenship (which is extended to individuals who can prove that they have Indian ancestry or who once held Indian citizenship, and which allows one to travel visa-free to India) was clearly an act of retaliation by a leader who does not take criticism lightly.

In August 2019, Modi’s government annexed Jammu and Kashmir by repealing Section 35A of the Indian constitution, which gave the former princely state semi-autonomous status. This act was viewed by the state’s Muslim majority as a direct attack on them and their territory, akin to what Vladimir Putin did in Crimea. Jammu and Kashmir has been a front line state caught between the crossfire between Indian and Pakistani armies for years. The current and previous governments have often viewed it as harbouring terrorists sympathetic to Pakistan, even though the residents have argued that they have no desire to be part of either India or Pakistan.

Violence against Muslims has also risen under Modi’s regime. According to news reports, more than a hundred Muslims have been killed by Hindu mobs since 2015.

What Modi forgets – and what the mass protests in Indian cities demonstrate – is that India’s secularist democracy has survived more than 70 years because Indians decided that religion was too personal and too precious to be left to the whims of the state. Most Indians recognise that their country’s strength lies in its religious and cultural diversity. If India had gone the Pakistan way, there would be rivers of blood everywhere, like those that flooded the India-Pakistan border at independence when Muslims, Hindus and Sikhs crossing the border were slaughtered in the hundreds of thousands in revenge attacks. Few Indians want to go down that road again.

What Modi and his government have done may appeal to the anti-Muslim instincts of India’s non-Muslim majority, but it goes against the grain of how Indians (except members of the RSS and its offspring the BJP) perceive themselves and their country. With economic growth rates sharply dropping in India currently, it is only a matter of time before the protestors’ anger against the government’s anti-Muslim stance turns into widespread disaffection.