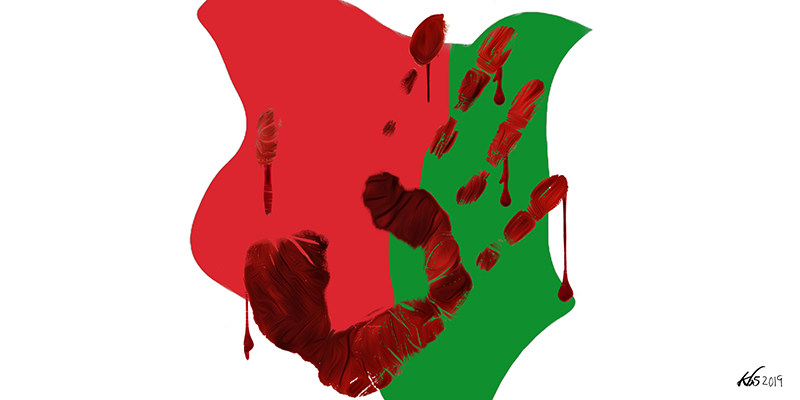 On September 23, Kenyans began their week with the sad news that six children had lost their lives at Precious Talents, a private school in Ngando, a low-income neighborhood of Nairobi, following the collapse of one of the school’s poorly constructed buildings. Our belligerent Education Cabinet Secretary Prof. George Magoha rushed to the scene and, after inspecting the disaster and reading a written statement, fielded questions from the press.

In response to the first question about the provision of education for children from poor neighborhoods, the CS insinuated that the children had died because their parents had chosen not to take them to the public schools in the area. He said: “It comes to a matter of choice for parents. I am duly advised that the nearest public primary school from here is only two kilometers away. But then we are a democratic country and the role of the government must be restricted to ensuring that the . . . public primary schools available are safe enough.”

Magoha’s statement bares the soul and reveals the ideology of the Jubilee administration that is driving Kenya towards collapse. Statements from the government and those pundits that slavishly support it often trace the source of any disaster to the public—especially the victims—and to democracy. Government insiders and supporters portray the state as blameless, and fault Kenyans for wanting to participate democratically in the making of decisions that affect them, because by doing so, Kenyans put delays on the good work of the government. “We have good policies,” the government and business people say, “the problem is implementation.” An insider quoted by David Ndii demonstrates the arrogance and the condescending attitude of the people in government, saying that the president’s view of the public is that “commoners will always be complaining of something.”

The implicit message behind such rhetoric is that nothing can be resolved socially or politically any more. After all, if every social challenge we face is caused by us, the people, then the response to the challenge must be to fix the behaviour, the values and the soul of the people. This “fix the people” approach to social problems is the very essence of the Building Bridges Initiative (BBI) document released by the government this week.

This is not the first time that the state has used the “troubled people” rhetoric. Former President Moi often said that in order to save Kenyans who were too tribalistic for their own good he could not allow multi-party democracy to take root. This theme of a troubled people goes as far back as colonial rule, when British missionaries and settlers purported to have come to save us from ignorance, poverty, disease and backward cultures, a policy which the first president Jomo Kenyatta embraced and perpetuated with the only difference that he kept culture off our supposed list of shortcomings.

What is different this time is that we are ruled by the most obviously incompetent regime to ever occupy State House. These days, Kenyans first gauge the president’s sobriety before they weigh what he has to say. The regime’s incompetence has been accompanied by massive looting of public coffers, and massive privatisation of public institutions and social services, the latest victim of which is Kenyatta National Hospital. For such an economic mess to be acceptable to the Kenyan public, it must be matched by a corresponding rhetoric.

And so, just like the Reaganomics that produced the portrait of the dysfunctional black family—with the absent black father and the “welfare queen” mother— politicians have pointed to Kenyan families and individuals as the cause of Kenya’s political problems.

These attacks on the family are driven by the need of the political elite to turn the public’s attention away from expecting social and public solutions to the challenges we face, and instead suggest private fixes at the level of our families or our values. If only citizens can manage themselves and their families, the logic goes, everything else will sort itself out.

That is why the BBI, the latest offering from Kenya’s political class in its endeavours to curtail fundamental social change, is largely a declaration of war by the political class against the people of Kenya. The document accuses Kenyans of not knowing their history, of lacking ethical sensibilities, and of not knowing how to raise their children.

Based on its own narrow diagnosis of Kenya’s social problems, the political class offers an even scarier remedy: intervene in our knowledge, our values and our family lives. BBI proposes that the state become the driver of historical memory and culture by providing a “thorough and definitive” history of Kenya supervised by a presidentially appointed “Official Historian.”

If only citizens can manage themselves and their families, the logic goes, everything else will sort itself out

​On the cultural front, the document proposes the development of a syllabus by the government for use in religious and cultural initiation ceremonies, and to ape the church marriage programmes by providing its own programmes to “strengthen parenting.” In education, the document seeks to partner with the private sector to create a “national volunteer network” that would play the same role as Teach For America, an initiative that has been accused of undermining public education in the US.

The process of this social engineering has already started with the competency-based curriculum, where the state has used children to manipulate Kenyan parents into accepting the urban, male-led, monogamous, nuclear family as the normative unit of the Kenyan state. Similarly, the control on the arts and humanities is nothing new. Using the deceptive idea of “talent,” the new education system has relegated the arts to the rubbish heap by tying this discipline to commercialisation and confining it to a narrow pathway. Recently, parliament reinforced this view of the arts by passing a Sessional paper that proposes to pay arts and humanities lecturers less than their counterparts in the sciences.

All these proposals are typical of governmentality. Rather than use violence to control the people, governmentality seeks to bend our ideas, our identity and our emotions to the service of the state. As Stephen J. Ball puts it, governmentality now seeks not to change what we do, but our motivation for doing it. The goal is to change our soul and to change who we are. That means that the interest of the political elite is not, as it claims, to change the status quo. The goal is to change the people to accept the status quo as not just natural, but also as moral, if not godly.

And we must understand that attempting to change the people is an act of desperation. Muigai Kenyatta is not just incompetent; he has lacked legitimacy ever since he became president in 2013, and the Kenyan people are getting tired of propping up a family that has nothing to show for having foisted two presidents upon Kenyans except the wealth it has amassed through power, which power it first acquired by an accident of history.

The goal is to change the people to accept the status quo as not just natural, but also as moral, if not godly.

The political elite, led by Raila Odinga, are hoping to use the fictitious numerical superiority of the Kikuyu, and so they are all tiptoeing around Kenyatta in the hope of succeeding him by inheriting his ethnic voter base.

The political elite and their supporting intellectuals are united in trying to save a colonial model of state that is already collapsing around the world, and so they are grasping at straws to manipulate Kenyans into pledging allegiance to them.

But the ruling elite cannot stop the tide that is already building from Chile to Lebanon to Algeria to the UK and the US; Kenyan people are part of that tide. Instead, they are busy building a “blame the people” bridge to each other and their families, hoping that the tide of the Kenyan people will flow under the political elite and leave the status quo intact.

Unfortunately for them, the tides are no respecters of bridges and eventually wash ill-constructed ones away.