Skilling Uganda’s Youth: How a Culture of Begging Is Being Institutionalised 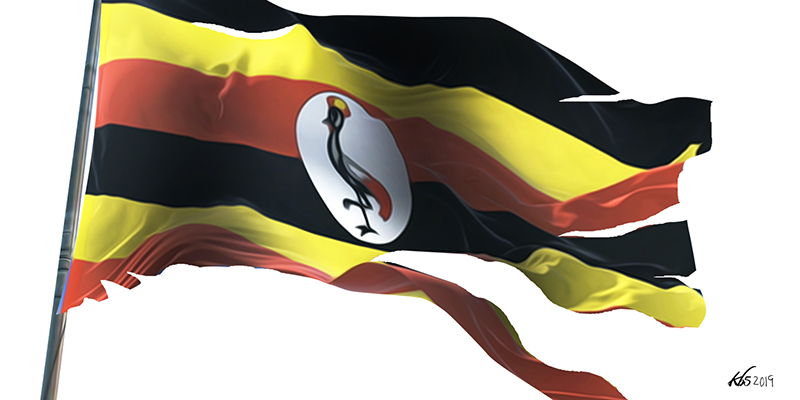 Youth unemployment is one of Uganda’s biggest socio-economic challenges, running at 6.5 per cent according to the government, at 2.59 per cent according to the World Bank and at 60 per cent to 84 per cent according to other sources. With about 77 per cent of the population under the age of thirty, the youth are potentially the biggest political power-base. In the wake of the assaults on five members of parliament and their supporters that began in August 2018—and the demonstrations that followed—President Yoweri Museveni has stepped up his courtship of the young to counter the soaring popularity of the predominantly youthful People Power movement and has begun to address their employment needs.

However, the approach to addressing the unemployment problem is, as usual, not structural and offers no long-lasting solutions but is merely a populist move focused on winning votes in the 2021 elections. What began as a campaign-trail shtick, doling out cash in sacks to hastily formed youth groups and visiting the ghetto with yet more cash and gifts of random equipment like the famous milk cooler, has now extended to providing them with skills and equipment for business start-ups.

During the 2018 State of the Nation address, the President interrupted himself (and the budget) to invite the youth to “come to us” for grain milling equipment. Similarly, he has pledged to provide equipment and Sh100 million, amounting to roughly a dollar to each of the 30,000 Seninde Foundation-supported graduates of the over 30 technical schools in Uganda. One may wonder why the head of state is finding it necessary to donate money to the youth. The answer is to be found in the little-noticed facts published in official reports.

Initiated in 2016 to run for four years, the Skills Development Project (SDP) is a $100 million project financed through loans made to the Ministry of Education by the World Bank and the Private Sector Foundation. Implemented by the Ministry of Agriculture, the Ministry of Education and Sports and the Private Sector Foundation, the SDP aims to promote enterprise-based training and to improve the quality and relevance of skills development. To achieve these goals the government plans to establish a new regulatory environment for tertiary institutions and develop standards in skills training under a national Vocational Qualifications Framework. A Skills Development Authority and sector skills councils are to be set up together with four centres of excellence to provide training for artisans, craftsmen and technicians.

Three years later, only 20 per cent of the loan—which expires in August 2020—has been utilised. But World Bank records now show a recent flurry of activity and it is clear that implementation will have to be rushed. Procurement plans were published in August and September 2019 following multiple calls for expressions of interest and bids for consultancy services and training beginning in January. Skills training—such as a highway engineering course at Lira Technical College—is to be funded by this facility while civil works are foreseen both at Bushenyi Technical College and Bukalasa Agricultural College. The latter was founded in the 1920s to breed cotton and is the only remaining public college training extension workers. In 2012 the college survived an attempted takeover by the army under Gen. Katumba Wamala and there have also been failed attempts to convert it into a satellite town of the Luweero district. The usual risks apply; relatives and friends will occupy positions at the new Skills Development Authority and, this being the beginning of the election cycle for 2021, the Sector Skills Councils will provide lucrative sinecures for National Resistance Movement (NRM) mobilisers.

The HEST project had similar objectives. Under it, six universities and two degree-awarding institutions were to be supported in improving “equitable access, quality and relevance of skills training and research leading to job creation and self-employment.” But by the time the project ended in June 2019, only 53 per cent of the loan had been used. The reason given to the Auditor General for the delays is that the government had been unable to provide the required matching grants and also that there had been delays in signing the financing agreements.

Of course, the youth need to complete primary school before attending institutions for skills training. However, only about 40 per cent of those enrolled complete public-funded primary education. At a recent discussion organised by Friedrich Ebert Stiftung, a government official stated that the 60 per cent who do not complete primary education are not drop-outs—“we can’t find them”—but are assumed to be in gainful employment­.

Finally, the Global Partnership for Education Project was aimed at ensuring that more children complete primary school. It too aimed to promote equitable access to technical and vocational training, and tertiary education. Only 54 per cent of the US$100 million budget was utilised before the facility expired in June 2018.

It is therefore not surprising that the government is now seeking to borrow US$45 million for vocational schools in May 2019. Nor is it new that Parliament has found the justification weak and the interest rates of the Islamic Development Bank too high. The debate has been deferred—presumably until enough members can be individually persuaded to vote in favour of the proposal. It is not the first time the government has squandered or failed to properly utilise loans obtained at concessional rates only to borrow again at higher rates.

“Hon. Susan Amero (NRM, Amuria District) was discontent with the government request saying that Parliament has been approving so many non-operational loans. ‘Most of these loans are not doing anything; many of the institutions under this program were poorly constructed and the some are poorly equipped” she said. Amero said that it is common for Ministries to request for the approval of loans from Parliament and fail to implement them.” 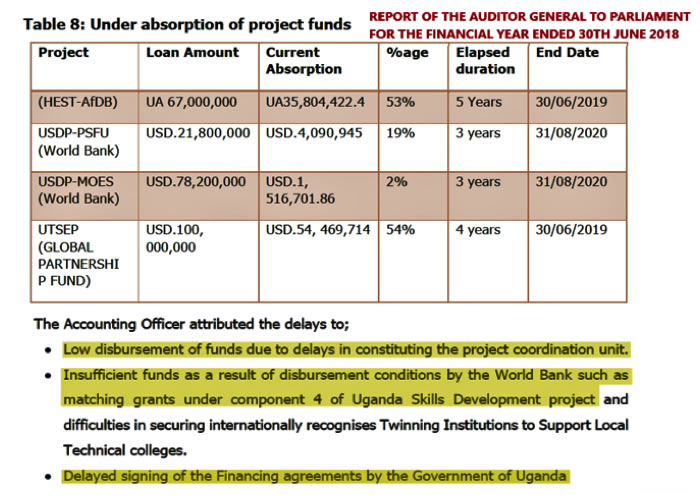 Source: Report of the Auditor-General Parliament for the Financial Year Ended 30th June 2018

From the point of view of the youth, it makes perfect sense to line up by the roadside and wait for money to be distributed. And it is a minor thing to wear yellow and parrot the praises of the National Resistance Movement in return. It doesn’t even matter that, owing to a lack of entrepreneurial, management and technical skills, the money will soon be lost (Uganda tops rankings both for SME start-ups and for closures of new businesses) because it is a grant. There will be more. Maybe.