A New Despotism in the Era of Surveillance Capitalism: A Reflection on Census 2019 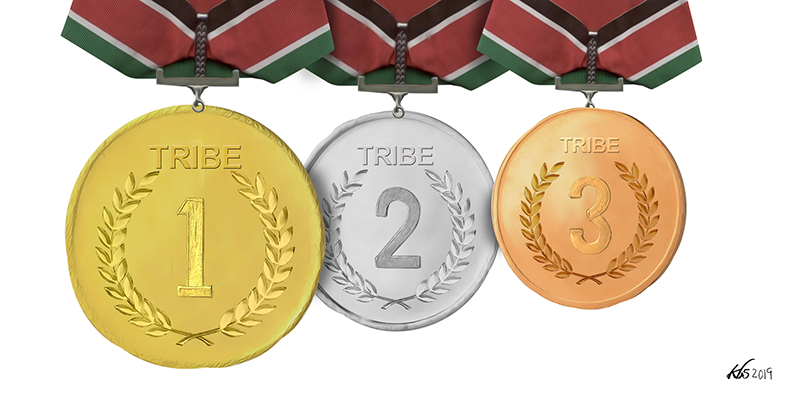 The just concluded census 2019 brought with it many strange occurrences including the official classification of my good friend Rasna Warah as a Mtaita, a community to which she is only very remotely connected by virtue of being married to a husband whose mother is a Mtaveta. The Taita and Taveta, who give their home county Taita-Taveta its name, are two related but distinct ethnic groups. Rasna’s ethnicity is unambiguous, she is a Kenyan Asian, which should be one of the ethnicities available on the census questionnaire.

In standard statistical practice, people’s racial and ethnic identity are self-declared and the identity questions usually have options such as “other” and “mixed” as well as the choice not to disclose. But Rasna was not given a choice, as she recounts here. While this may seem like a trivial matter, the undercurrents of racism and patriarchy in this action are disturbing. It is, I think, even more alarming that the enumerators, given a little authority, felt that they had the power to exercise discretion on the matter.

Past censuses have been rather uneventful statistical exercises. This one had the aura of a security operation. In the run-up, we were treated to all manner of threats and arbitrary orders from the Internal Security Cabinet Secretary, the Jubilee administration’s energetic and increasingly facile enforcer. On the eve of the census, the government spokesman added to the melodrama by issuing a statement informing the public that census enumerators would be asking for personal identification details, including national ID and passport numbers and, ominously, huduma namba registration status. There are few issues as controversial right now as huduma namba and to introduce that question was a sure way of heightening suspicion and undermining the credibility of the census.

More fundamentally, anonymity is a canon of statistical survey work. In fact, the law prohibits dissemination of any information which can be identified with a particular respondent without the respondent’s consent. For this reason, censuses and statistical surveys are usually designed and the data maintained in such a way as to ensure that the respondents remain anonymous.

In October last year, the Government gazetted the census regulations that include a schedule of the information that would be collected. Identity information is not listed in the schedule. In January this year, the Keya National Bureau of Statistics (KNBS) issued a media briefing, still on their website, that also listed the information that would be collected. It too does not mention identity information. That it was the Government spokesman—and not the KNBS—who appraised the public, and only on the eve of the census, is telling.

The response to the protestations that met the disclosure was vintage Jubilee—dishonest and inept. The spokesman explained that the personal identity information would be removed to restore the anonymity of the data. If indeed the purpose was to establish registration coverage, the professional statisticians would have asked respondents to state their registration status. Moreover, for planning purposes, professional statisticians would have designed a comprehensive module that would have included other critical information such as birth registration status.

The draconian zeal with which huduma namba is being pursued—including the proposed legislation—is all the more perplexing because, since all the functions listed are those that are currently served by the national ID, the sensible thing to do would be to upgrade the national ID. Seeing as we have already had three national ID upgrades since independence, it seems to me unlikely that a fourth upgrade would have generated the heat that the huduma namba has.

In The Spirit of the Laws, Montesquieu classified political systems into three categories, namely republican, monarchical and despotic. He defined a republican system as characterised by citizenship rights. A republican system is democratic if political equality is universal, and aristocratic if the rights are a privilege that is denied to some members (e.g. slaves). In monarchical systems, the rulers have absolute authority governed by established rules. In a despotic system, the ruler is the law.

Montesquieu postulated for each system a driving principle, ethos if you like, on which its survival depends. The driving principle of a democratic republic is love of virtue— a willingness to put the public good ahead of private interests. He opined that a republican government failed to take root in England after the Civil War (1642-1651) because English society lacked the required principle, namely the love of virtue. The short-lived English republic, known as the Commonwealth of England, lasted a decade, from the beheading of Charles I in 1649 to shortly after the death Oliver Cromwell in 1659. The driving principle of monarchical systems is love of honour and the quest for higher social rank and privilege. For despotism it is fear of the ruler. The rulers are the law, and they rule by fear.

In The Spirit of the Laws, Montesquieu classified political systems into three categories, namely republican, monarchical and despotic. He defined a republican system as characterised by citizenship rights.

Identity documents are a key element of the apparatus of despotism. Our own identity card has its origins in the colonial kipande (passbook). As Juliet Atellah narrates in Toa Kitambulisho! Evolution of Registration of Persons in Kenya,

“The Kipande was worn around the neck like a dog collar. The Kipande contained the wearer’s tribe, their strengths and weaknesses and comments from his employer on his competence, therefore, determining his pay or whether or not he would be employed. The government used the Kipande to curtail freedom of Africans and monitor labour supply. It also empowered the police to stop a native anywhere and demand to be shown the document. For Africans, the Kipande was like a badge of slavery and sparked bitter protests.”

In essence, the kipande was a surveillance tool for an indentured labour system which enabled the settler economy to suppress wages. But it was not perfect. Keren Weitzberg, a migration scholar and author of We Do Not Have Borders: Greater Somalia and the Predicaments of Belonging in Kenya, makes an interesting and insightful contextual link between huduma namba and the colonial quest to better the kipande revealed in a recommendation that appears in a 1956 government document:

“Consideration should be given to the provision of a comprehensive document for Africans, as is done in the Union of South Africa and the Belgian Congo. This should incorporate Registration particulars, payment of Poll Tax, and such other papers as the African is required to carry or are envisaged for him, e.g. Domestic Service record and permit to reside in urban areas. Eligibility under the Coutts proposals for voting might also be included in the document. The document would then become of value to the holder and there would be less likelihood of its becoming lost or transferred, as is the case with the present Identity document.”

Interesting historical context for #HudumaNamba. As far back as 1956, colonial authorities had ambitious (and unsuccessful) goals of consolidating Kenyans’ various records into a single “comprehensive document.” Plus ca change… pic.twitter.com/yFhui7JtHY

The purpose of the huduma namba is the same as that of the “comprehensive document for Africans”—to instill in people the sense that Big Brother is watching. But despotism is not an end in itself. The raison d’être of the colonial enterprise was economic exploitation. This has not changed.

Identity documents are a key element of the apparatus of despotism. Our own identity card has its origins in the colonial kipande (passbook). As Juliet Atellah narrates in Toa Kitambulisho! Evolution of Registration of Persons in Kenya

A potential employer cannot tell in advance whether a worker is a performer or not, or even whether he or she is dishonest—they only get to know that after hiring the worker, and at considerable cost if they get it wrong. We know that job seekers go out of their way to misrepresent themselves, including faking qualifications and references, and concealing adverse information such as previous dismissals and criminal records. To mitigate the problem, employers go out of their way to obtain and check out references including certificates of good conduct from the police.

Similarly, a potential borrower’s creditworthiness is not observable to lenders. Lenders only get to sort out good and bad borrowers from experience. A customer’s credit history is a lender’s most valuable asset. A public credit reference system, such as the Credit Reference Bureaus, is a device for mitigating credit market information asymmetry. The parallel with the kipande character reference is readily apparent.

In essence, the kipande was a surveillance tool for an indentured labour system which enabled the settler economy to suppress wages.

As a credit information system, the digital panopticon envisaged by huduma namba is priceless, and as one of the country’s leading mobile lenders, the Kenyatta family-owned Commercial Bank of Africa (CBA) is the primary beneficiary. Indeed, well before the public was informed about it, huduma namba featured prominently in a CBA-led mobile lending platform project called Wezesha—featured in this column—that was subsequently rebranded and launched as Stawi.

Nine years ago this week, we promulgated a new constitution. Since its enactment the political and bureaucratic establishment has spared no effort to restore the unfettered discretion and apparatus of rule by fear that the new constitutional dispensation is meant to dismantle. Early in its term, the Jubilee administration sought to pass a raft of security-related legislation that would have clawed back most of the civil liberties enshrined in the Bill of Rights. Uhuru Kenyatta is on record, in one of the pre-election TV interviews, attributing his underwhelming performance to the constraints on his authority by the 2010 Constitution. He went on to express nostalgia for the old one.

In the creeping securocratisation of every sphere of the State, the incessant threats and arbitrary orders, the renewed quest for that elusive all-encompassing kipande, and even the arbitrary assignment of identity on citizens, Montesquieu would see a marked deficiency of love for virtue, the requisite principle for a democratic republic.