When Numbers Lie: Public Trust, Political Legitimacy and the 2019 Census 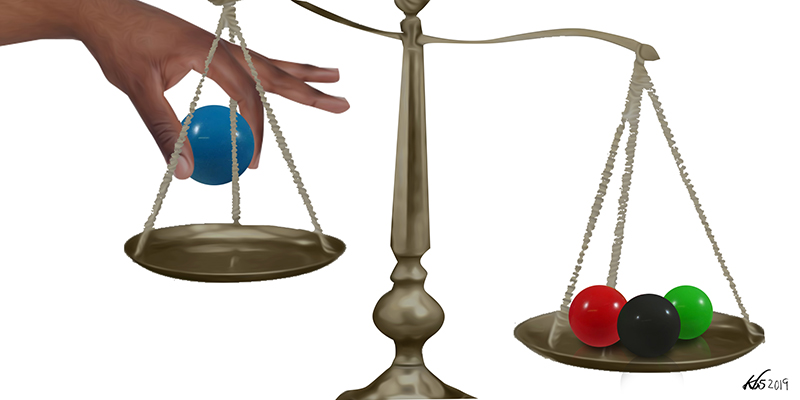 However, typical of Kenya, we pretend that the Kenya National Bureau of Statistics (KNBS) conducts population and housing censuses in a political vacuum. We ignore the fact that a census is not just a planning tool; the results of a census form the basis for decisions on representation (electoral boundaries), identity and resource allocation. In any society, these three issues are highly political and very sensitive. It is no wonder then that there are many countries in Africa that avoid conducting censuses and rely on projections instead, as evidenced by the latest list published by the United Nations.

We also bury our heads in the sand and project the Independent Electoral and Boundaries Commission (IEBC) as an autonomous institution functioning with utmost impartiality and professionalism yet the evidence over the years points to the contrary. The selection of the Commissioners overseeing elections has all the pretences of an open and transparent process, complete with televised interviews. In reality, however, it is political horse-trading with the sole aim of selecting the most politically pliable persons who have never held any serious management positions. The appointments are considered favours to be returned rather than a public service.

However, typical of Kenya, we pretend that the Kenya National Bureau of Statistics (KNBS) conducts population and housing censuses in a political vacuum. We ignore the fact that a census is not just a planning tool; the results of a census form the basis for decisions on representation (electoral boundaries), identity and resource allocation. In any society, these three issues are highly political and very sensitive

It is no wonder then that these two institutions—which are clearly mandated to count—have continually failed to perform their core functions. The disputes surrounding the results of the 2009 census were resolved by the courts. Similarly, the 2013 and 2017 presidential elections were decided by the Supreme Court.

Which begs the question of why these two institutions are unable to perform the one job given to them. Is it a matter of incompetence? Are they unable to do simple additions or are they accomplices in State Capture?

Public records indicate that the core staff of the KNBS are highly qualified demographers and statisticians. Kenya is one of the most active members of the United Nations Commission on Population and Development. It regularly sends highly qualified experts to support other countries in developing their skills in undertaking censuses.

This is also the case for the core staff of the IEBC. While the Chairman and Commissioners have continuously and publicly proved their incompetence in electoral and boundary demarcation matters, the staff, especially at the constituency level, are highly skilled. The issue is therefore not so much one of incompetence among those charged with the technical aspect—the counting of votes or people. To a large extent, the staff know exactly what their tasks are and how to carry them out and it would be inaccurate to label the actions of the KNBS and IEBC as incompetence. Rather, it is a matter of blatant collusion between the senior managers of these institutions and the political class to subvert the will of the people and manipulate the results of the population census.

Public records indicate that the core staff of the KNBS are highly qualified demographers and statisticians. Kenya is one of the most active members of the United Nations Commission on Population and Development. It regularly sends highly qualified experts to support other countries in developing their skills in undertaking censuses.

It is not by coincidence that both the IEBC and KNBS have resorted to using technology in the transmission of the results of the election and the census, respectively. It is also not coincidental that the KNBS is using the same company that bungled the 2017 election despite parliamentary censure of the company.

While there are positive aspects to technology, there are many more worrying aspects to it. Many pundits have focused on the question of data privacy in the 2019 electronic census process. In the absence of regulations on data protection, data privacy is a valid concern. Statements from senior government officials to the effect that data is the new oil suggests possible collusion with companies trading in Big Data and instinctively increases the level of doubt in the government’s intentions. Some of the questions in the population census further confirm that the data collected could be used for commercial purposes by corporations.

In addition to data privacy, we should also be concerned about two other issues: the transparency of the results and cybersecurity. Unfortunately, these issues have not been at the forefront of the national debate on the population census.

On the first issue, the traceability, accountability and transparency of the census, there are lessons from the 2017 General Election that are worth recalling. The Supreme Court decision to annul the presidential result was primarily because of its concerns regarding the transparency and accountability of the electronic transmission of results. This year’s paperless census raises similar concerns. Moreover, unlike the IEBC which had the (albeit unreliable) Forms 34 (a) and (b), there is no similar back-up for the census. The implication is that an audit of the process would be limited to only the electronic files available.

In addition, there is ample evidence from all over the world showing that it is much easier to manipulate technology than it is to manipulate a paper-based census or a paper-based transmission of election results. Several studies have shown how—in the age of artificial intelligence—algorithms can be introduced into the system to produce the desired result. I recall two years ago when the then opposition leader, Rt. Hon. Raila Odinga, was dismissed for claiming that an algorithm had been introduced into the IEBC system to ensure the victory of his now bosom buddy. The fact that the IEBC failed to submit its servers to court-appointed experts to refute the veracity of the accusations should be taken as confirmation that the system was indeed manipulated. What prevents the KNBS from doing the same? The motivation to introduce an algorithm to steer the population census towards a desired result is not any less now than it was during the 2017 election.

In addition to data privacy, we should also be concerned about two other issues: the transparency of the results and cybersecurity. Unfortunately, these issues have not been at the forefront of the national debate on the population census.

Second, cybersecurity should be of concern in the context of a paperless census. Cyberattacks can take various forms including denial-of-service (DoS) where computer systems are interrupted or slowed down; introduction of malicious software (Malware) through worms, spyware, viruses and ransomware; or persons obtaining passwords or user-names and pretending to be trustworthy entities to breach servers. In the past, the country has had its infrastructure attacked by hackers and it is not clear what measures the KNBS has put in place to counter cyberattacks. Certainly, the IEBC had not put in place such measures in 2017.

One may wonder why we should be concerned about the manipulation of the census results and possible cyberattacks. Obviously, accuracy is fundamental given the importance of the data for economic and social planning. But in addition, the 2019 census is crucial to two processes to be undertaken by the IEBC in the coming year.

Firstly, the Commission is required to undertake a boundary demarcation exercise shortly after the census. The 2010 boundary demarcation process exceptionally allowed for the establishment of 27 constituencies which had not met the population quota provisions laid out in the Constitution. This means that politicians in these 27 constituencies will attempt to ensure that, this time round, they meet the provisions by hook or by crook. Politicians all over the world are keen to be involved in gerrymandering to ensure that their “strongholds” have more electoral units. It appears that the electronic census system has been put in place precisely to give the IEBC room to get involved in gerrymandering. In the absence of a paper trail the lack of traceability of the census process gives the IEBC room to do what the Commission does best, play to the tune of its benefactors.

Secondly, the Election Act requires the establishment of a new register of voters before the next election. A lot has been written about the defects in the 2017 register of voters and the inflated numbers in certain regions. It is expected that the IEBC will use the population figures to project the target number of voters to be registered. This is when the “tyranny of numbers” narrative will begin to play out; depending on what the political affiliations will be in 2020 and 2021, certain regions will likely have more “registered” voters than others. The likely manipulated KNBS ethnic numbers will then be replicated in the register of voters as was the case in 2017. I am always amused to see how the basic concepts of the ratio between the birth rate and the death rate are never applicable in the voters’ register; regions with a historically low birth rate and high death rate were often the ones with the largest number of new voters registered, thus defeating science.

It will be interesting to see how this plays out in the era of “dynasties and hustlers”. Are we likely to see the KNBS and later on the IEBC report higher populations and voters in the so-called dynasty strongholds? In the last voter registration exercise, there was ease of access to identification cards in the supposed UhuRuto zones. Will this switch in favour of the UhuRaila strongholds? Will we see the counties in the northern part of the country having more numbers and thus playing a swing-vote role in the 2022 election? Will the ongoing economic marginalisation of the coastal region be reflected in lower population and voter numbers? There are many political questions hanging in the air as we await what the KNBS and the IEBC have in store for us.

The one thing we are sure about, however, is that regardless of the outcome, our confidence in these state-captured institutions is at a historic low. They will have to perform miracles to convince us of the veracity and legitimacy of the population numbers they shall announce, the constituencies they shall demarcate and the voters they shall register.