Khashoggi Murder: Is There a Double Standard at the United Nations? 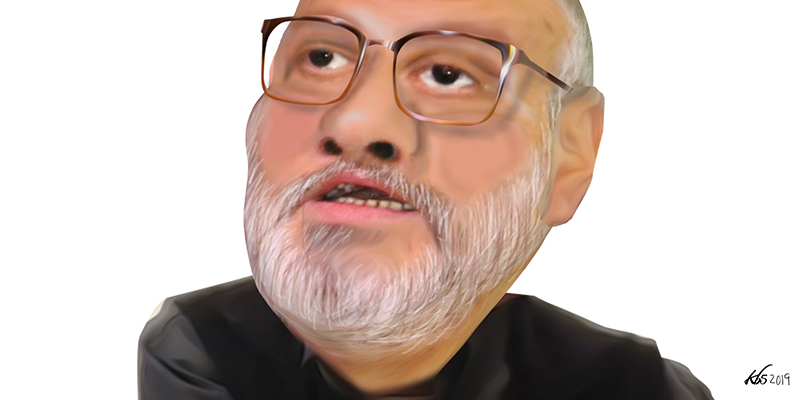 In June this year, Agnes Callamard, the United Nations rapporteur on extrajudicial, summary or arbitrary executions, made a startling statement that is not usually heard within the hallowed chambers of the UN. Not only did she implicate a rich member state in the killing of the Saudi journalist and Washington Post columnist Jamal Khashoggi, she also castigated the UN for not doing enough to address the issue.

Callamard told the UN Human Rights Council, whose members include Saudi Arabia, that Khashoggi’s murder “constituted an extrajudicial killing for which the State of the Kingdom of Saudi Arabia is responsible”, implying that Saudi prince Mohamed bin Salman, the de facto head of the Saudi kingdom, may have played a crucial role in the brutal murder of the journalist at the Saudi consulate in Istanbul in October 2018. She also criticised the UN Secretary-General Antonio Guterres for failing to demand accountability for the murder of the journalist, adding that “the silence of this intergovernmental body and lack of measures were a disservice to the UN and to the world”. (Although Callamard reports to the UN, she is not a UN staff member.)

The UN rapporteur argued that because the UN has remained quiet on the killing of the journalist, who had been a critic of the regime in Saudi Arabia, it has put at risk the lives of all journalists and has violated its own mandate to protect freedom of speech and expression. Journalists and human rights activists around the world had said that the killing of the journalist was a direct assault on freedom of the press. She called on the UN and its member states to carry out an international criminal investigation on the murder.

The UN Secretary-General responded that the only way to carry out such an investigation was through a UN Security Council resolution sanctioned by the Council’s five permanent members, namely the United States, Britain, France, Russia and China. However, this is highly unlikely because at least one of these members – the United States – has been reluctant to push investigations into the murder further. President Donald Trump, who is more keen on selling arms to Saudi Arabia rather than on ensuring that human rights are respected, has been lukewarm about Khashoggi’s murder, and has even hinted on several occasions that doing business with the Saudis is more in the US national interest than ensuring that justice for Khashoggi is done. Callamard claims that the US government did little to assist her investigation, and that she was not granted access to the CIA or the US Department of Justice.

The UN Secretary-General responded that the only way to carry out such an investigation was through a UN Security Council resolution sanctioned by the Council’s five permanent members, namely the United States, Britain, France, Russia and China

The UN’s silence on Khashoggi’s much-publicised murder was surprising for many because his killing had created shockwaves globally, not only because it had occurred inside an embassy but it had apparently been carried out in a cruel medieval manner that entailed torture and dismembering of body parts. The fact that his body has not been found to this day also suggests that perhaps it was burnt beyond recognition or has been buried in a secret location.

Callamard’s call to make the Saudi regime accountable for Khashoggi’s death has largely fallen on deaf ears, with the Saudis insisting that they have carried out their own investigations and that the culprits are facing trial. No one quite believes that these trials are actually being conducted by impartial courts or if even they are, whether the suspects are actually the ones who carried out the killing, which was conducted in hit squad manner that could only have been sanctioned by the highest echelons of the Saudi government. One right-hand man of Prince Salman is widely believed to have overseen the murder but is not among those being prosecuted. Callamard says she received no cooperation from Riyadh when she conducted her investigations, and that Saudi officials have been largely opaque about the case.

It is possible that Callamard is unaware of the limitations of the UN or how international diplomacy works? Or maybe she believes that in her role as an impartial UN rapporteur she can push the international community to do the right thing.

What most people don’t realise is that the UN may appear to be a neutral, independent body, but its decisions have always been influenced by its most powerful and influential member states, who almost always have their way when it comes to handling international crises. For instance, the United States did not seek UN Security Council approval before invading Iraq in 2003, nor did the UN reprimand the US for taking this illegal action.

People also forget that a sizeable number of the UN’s 193 member states are dictatorships or repressive regimes that do not care much for human rights. Freedom of expression is not on top of the agenda of influential member states like China and Russia, for instance. So, as the setter or moral or ethical international standards, the UN is hardly the place to go.

It is possible that Callamard is unaware of the limitations of the UN or how international diplomacy works? Or maybe she believes that in her role as an impartial UN rapporteur she can push the international community to do the right thing.

In the Khashoggi case, Saudi Arabia, a big donor to the UN and a key ally of the UN’s biggest contributor, the United States, will do all it can to prevent an international criminal investigation. Saudi Arabia has already said that it will reject any attempt to undertake an international inquiry. The kingdom’s main allies, the United Arab Emirates, Bahrain and Egypt, have also rejected Callamard’s 101-page report, which does not mince words when naming those who were most culpable for the murder of Khashoggi.

Why have the UN and the US remained silent on this issue? Well, partly because Saudi Arabia has bought their silence. The US is keen to keep its relationship with one of the biggest buyers of US-made arms and military hardware, hence the lukewarm response to the murder. And the fact is that the UN Security Council’s five veto-holding permanent members have never really been committed to world peace because wars keep their military industrial complexes going. These countries are the largest manufacturers and suppliers of arms. When wars occur in far-off places, arms manufacturers in these countries have a field day. Wars in former French colonies in Africa keep France’s military industrial complex well-oiled. Wars in the Middle East are viewed by British and American arms manufacturers as a boon for their arms industries.

If there were no wars in the world, the arms industry would have fewer or no customers. It is no surprise then that Donald Trump’s first foreign visit was to Saudi Arabia, which has been buying billions dollars-worth of arms from the United States for decades. Arms from the US have fuelled Saudi Arabia’s ongoing war in Yemen. Thus Saudi officials were neither embarrassed nor dismayed when Trump held up a placard showing the newest weapons his Saudi clients could get their hands on and use in their campaign in Yemen. The connection between military sales and silence on human rights violations became acutely visible in that particular photo opportunity.

In a world where nuclear disarmarmament deals are casually broken by the President of the United States because he has a feud with Iran, the UN remains a paralysed specatator. It has nothing to say, nothing to contribute. No pressure is placed on the United States – which contributes up to a quarter of the UN’s budget – to rethink its policies. There are no press releases issued on the dangers that the cancellation of the deal will pose to world peace.

On the contrary, wars and other disasters provide the UN an opportunity to fund-raise. The UN’s campaign in Yemen, for example, is not about ending the war, but raising donations for the millions who are suffering as a result of the Saudi-led war. Wars and other calamities fuel various United Nations agencies, including the refugee agency UNHCR and the World Food Programme, whose coffers get quickly filled when disaster strikes, which enable their employees to continue earning hefty tax-free salaries.

The UN is also not keen not to upset a key US ally and a big contributor to its coffers. Saudi Arabia uses its vast oil wealth to cover up its crimes. In March 2018, for example, the UN received nearly $1 billion from the Saudi prince as a donation towards the UN’s efforts at alleviating a humanitarian crisis in Yemen – a crisis that would not have occurred if the Saudis had not bombed Yemen in the first place. The war in Yemen has killed several thousands of people and created a humanitarian crisis in which more than 20 million people are in need of basic supplies.

Saudi Arabia – the perpetrator of this war crime – is now trying to be the face of compassion in Yemen. The donation was a great photo opportunity for the prince, who was seen giving the money to a smiling UN Secretary-General at the UN’s headquarters in New York. Antonio Guterres did not use the opportunity to urge the prince to stop the onslaught against the Yemenese people. In fact, the UN has remained rather muted throughout the crisis in Yemen, and only speaks out when soliciting for donations for the traumatised Yemenese population.

And in 2016, after a leaked UN report on children’s rights violations became public, the then UN Secretary-General Ban Ki-moon admitted to removing Saudi Arabia from a list of countries that had violated children’s rights. This admission shocked the world but did not result in the resignation of the Secretary General.

Hush money has bought the UN’s silence on human rights violations that the Saudi state has committed against the people of Yemen and against its own citizens, including women who are jailed for breaking Saudi Arabia’s draconian laws that punish female car drivers and torture those who dare defy the regime. Ironically, Saudi Arabia even has a seat at the UN Human Rights Council, which has left many human rights defenders equally amazed and disgusted.

That is how international diplomacy works at the UN. Keep quiet when big donors violate human rights, but be vocal about violations committed by small, insignificant countries whose voices are drowned out at the UN Security Council and other UN bodies. Talk about women’s rights in Afghanistan but keep quiet about torture chambers in Saudi Arabia. Scold a poor country like Liberia for not doing enough for children’s education, but ignore the plight of children who are sexually abused or trafficked in the United States. Castigate former child soldiers from Uganda or the Congo for crimes against humanity but ignore the war crimes and mass murders ordered by President George Bush and Prime Minister Tony Blair in Iraq.

If anyone still has any doubt that the UN is fair and impartial, its response to Khassoggi’s murder should lay to rest any such illusions.