Letter from Dar: Global Development Work and Its Local Missteps 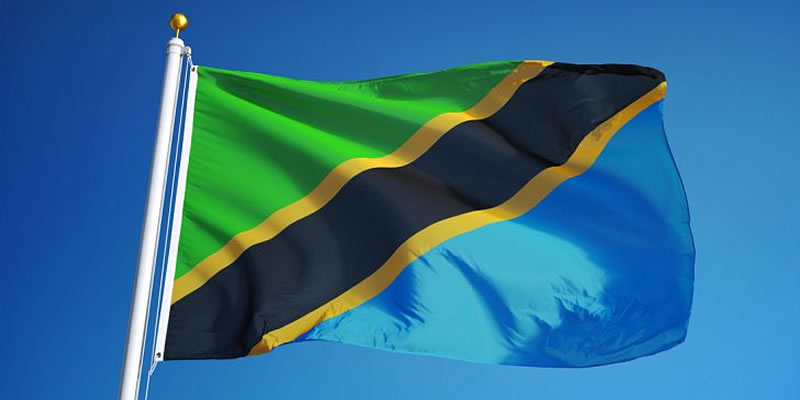 The relatively limited success of international development partly stems from a failure to balance its global settings and local realities. To succeed substantially, it has to shift its focus from thinking globally while acting locally. It ought to think and act ‘small’ and not just ‘big’.

Maybe no other sectors illustrate this global-local tension as glaringly as that of health in relation to the environment. When you take a long walk along Mwai Kibaki Road in Dar es Salaam you encounter paved ditches full of ditchwater and dirt. This is particularly the case from the junctions that connects the residences of Tanzania’s former presidents, Mwalimu Julius Nyerere and Ali Hassan Mwinyi, to the streets named after former prime minister Joseph Warioba, and former deputy minister for health and community development Lucy Lameck.

Even more ironic is that these blocked drainages are next to leading development agencies. Engender Health with its motto “for a better life” has barricaded itself from the dirty outer life with a gated wall. So has Management and Development for Health (MDH). The same applies to the U.S. Agency for International Development’s (USAID) Data for Development’s office.

Pergamon Group, whose motto is “you’ve got to think bigger”, is also there. Sanitas Hospital with its motto “making Africa healthy” adds to the irony. Alongside the same road is Heifer International that focuses on ending hunger and poverty. This greater Mikocheni area is also home to the Ifakara Health Institute (IHI), the Lawyers Environmental Action Team (LEAT), the Social Action Trust Fund (SATF), and a developmental firm known as Daima Associates.

Not very far from this road is Policy Forum that aims at “Making Policies work for people in Tanzania” and ActionAid with its slogan: “Change is possible, and it comes from the power of the people.” Once upon time, on the other side of the same area,was located USAID’s Health Policy Initiative (HPI). This project is now over. Another one has been initiated: The Community Health and Social Welfare Systems Strengthening Program (CHSSP). It is “a five-year USAID and PEPFAR-funded program working with the government of Tanzania to improve the health and well-being of HIV-affected and other vulnerable population….” Yet it also located in a street with undrained ditch that are hazardous to those the project focuses on.

Last but not least, also located nearby is the National Environment Management Council (NEMC) of Tanzania. In other words, the greater Mikocheni area does not only have what Jumanne Mtambalike and his tech colleagues refers to as Silicon Dar, but also a potential leading hub for development work in intertwined environmental and health sectors. If these technology-savvy folks are not comfortable with the situation in this ‘valley’, probably they will come up with e-health apps and even make use of Artificial Intelligence (AI) to rectify it.

Since, historically, the area is a swamp, it is prone to ditchwater, especially during the cyclic ‘Dar Floods’. A booming construction industry, coupled with the haphazard implementation of the city’s master plan(s), is partly responsible for limiting the natural capacity of the Indian Ocean, that is close by, to drain it. Climate change, of course, is another culprit. In a way, the area has become a blockage rather than a pathway for adjacent areas. Probably this is why a neighboring area, in Kijitonyama, was called Maji Machafu, i.e. Dirty Water; now, it is known as Sayansi because the Commission for Science and Technology (COSTECH) is housed there.

As the dengue outbreak continues, it is thus not surprising that Mikocheni is one of the infection hotspots. On May 17, the government newspaper, Daily News, cited the Dar es Salaam Regional Medical Officer (RMO) listing the ward as seriously affected, with 40 cases. This may be an underestimate as the greater Mikocheni area has residential and industrial zones. It therefore attracts a lot of casual workers who do not reside in the area and could be part of the statistics of the other wards then listed as seriously affected, such as Ilala (235) and Sinza (223).

Since, historically, the area is a swamp, it is prone to ditchwater, especially during the cyclic ‘Dar Floods’. A booming construction industry, coupled with the haphazard implementation of the city’s master plan(s), is partly responsible for limiting the natural capacity of the Indian Ocean, that is close by, to drain it

One cannot overestimate the impact of the international agencies, whose offices are juxtaposed to Mikocheni’s ditches, were they involved in draining them. To be fair, it is easily said than done. First, they are not in their overall jurisdiction. Second, the parts outside their offices are connected to other parts that are far downstream or upstream. Unblocking them can only be a coordinated effort involving, among others, Mikocheni’s Local Government Authorities (LGAs) and neighboring offices or residences. It may need the support of ministries responsible for water, the environment, and even health, especially in the contexts of dengue and cholera.

One cannot overestimate the impact of the international agencies, whose offices are juxtaposed to Mikocheni’s ditches, were they involved in draining them.

For sure, this is a cross-cutting problem that needs multifaceted and interinstitutional solutions. East African Television’s (EATV) interview with the Mikocheni Ward Executive Officer (WEO) on July 2 gives a glimpse of the challenge at hand. He warned the residents from opening their sewage chambers to let sewage into ditches when it rains. According to him, they were taking the advantage of the rainy season to do so, although it was hazardous to health. It must be deeper than that as people are rationale when it comes to what it takes to follow the official channels to empty their sewage. The cost is generally high, and it is a hassle, timewise.

But this is not simply about overflooding ditches with sewage. Cursory observation indicates that there are some areas where they are ‘concretely’ blocked. At the junction of Warioba Street and Mwai Kibaki Road, for instance, the otherwise free-flowing water in parts of one street is blocked by a heavy concrete on a pathway from a commercial building – Kida Plaza. So, even if whoever lives in former President Mwinyi’s residence tries, manually, to drain its ditch, it would be a Sisyphean task. No sooner will the rain start than the ditch will be filled to the brim.

Concerted efforts are especially effective when there is a lead entity. We are already observing success in banning plastic bags in Tanzania. The Ministry responsible for this can also take a lead, not least because the ditches are also still littered with plastic waste and cut across premises. “The most common breeding containers for the Aedes mosquitoes” that transmits the dengue virus, as a timely study on the 2014 epidemic period notes,“were discarded plastic containers and tires.” Yet, in 2019, its apt recommendations have not been fully implemented.

It is thus heartening to notice that opposite Mazingira Street that literarily means Environment Street, a small-scale businessman has been cleaning the ditch in front of his shop. But this is not sustainable as it is connected to his neighbours’, including large-scale business premises. If and when the ‘big’ and ‘small’ join hands, it would be as sustainable as it would be adaptable.

Dengue and cholera are not global health priorities in similar veins as malaria or HIV and AIDS that preoccupies most of the international agencies in local settings. They are more of local issues as we get their outbreak from time to time, especially during the rainy season. As development workers work in their air-conditioned and fumigated offices in what seems to be akin to gated communities, they may feel far removed from the infested ditchwater next door.

Yet, it is in moment like these, that they need to rise to the occasion and prove to the locals that their global agenda can be translated to local realities. For what is the use of having Engender Health for a better life when neighboring restaurants serve food next to ditchwater? Or what is the use of having USAID’s data for development next to underdeveloped or blocked ditches?

Home is not only where one came from. It is also where one is. Even if it is next to dirty ditches.

Why, some would still wonder, is such a situation normalized and why does this masquerade thrive despite its glaring contradictions? Mwanahamisi ‘Mishy’ Singano’s recent critiqueofInternational Non-Governmental Organizations (INGOs) on Udadisi Blog provides a clue. She unpacks how, through being sub-donors, they undermine local organizations and movements through overbranding, localizing and ‘project-nizing’ that reproduces linear projects. This linearity, one may add, is what partly causes the ones in Mikocheni to overlook what is ‘lateral’, that is, the hazardous ditchwater by the side of their offices. Charity, after all, begins at home.

Home is not only where one came from. It is also where one is. Even if it is next to dirty ditches.