Boys in Blue: A Growing Case for Police Reform 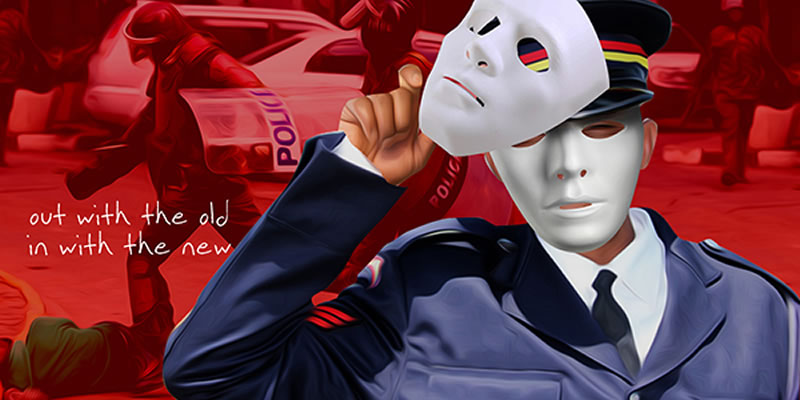 The March 2018 move by President Uhuru Kenyatta and opposition leader Raila Odinga to “shake hands” and commit to a “Building Bridges Initiative” helped to end an immediate political crisis. But, so far, these initiatives have done little to resolve deeper-rooted problems. In short, while the “Big Four Agenda” –and a focus on the critical issues of food security, manufacturing, affordable universal healthcare and affordable housing–is welcomed, the impact will depend on its implementation. These initiatives have also done little to tackle, and have perhaps even exacerbated, a culture of impunity whereby those in positions of power feel like they can get away with ignoring the rule of law.

This culture is associated with multiple problems. One is the scale and pervasiveness of corruption, which David Ndii has done such an excellent job of covering, and which helps to explain why the “Big Four Agenda” is such a problem in the first place.

This is not to say that all Kenyan police officers are unprofessional or corrupt. Many officers do an incredibly difficult job with little thanks and at much personal risk to themselves, and sometimes show considerable restraint. Many also suffer from problems within the service. As Anneke Osse recognised in her 2016 article on police reform in Kenya, individual officers are often “harassed, intimidated and denied their rights by other police officers, including their superiors”.

Nevertheless, it is clear that the Kenyan police are still too often “ineffective, unjust in their operations, actions and decisions, and lacking in accountability” as Osse observed, with those accused of wrongdoing often simply being transferred to another part of the country.

But why is this the case? As Osse argued back in 2016, the answer does not lie in the law itself. The 2010 Constitution introduced various reforms that sought to convert the police from a “force” with its roots in a colonial logic of control into a “service” which would work for the Kenyan public.

It is clear that the Kenyan police are still too often “ineffective, unjust in their operations, actions and decisions, and lacking in accountability” as Osse observed, with those accused of wrongdoing often simply being transferred to another part of the country.

Instead, the answer lies in colonial legacies, weak investigatory powers, an institutionalised culture of excessive force, and contemporary politics. As Osse outlined, domestic and international pressure encouraged the political elite to “present themselves as reform-minded” and to “use ‘reform speak’”, but without the commitment required to ensure that this agenda was actually operationalised. In short, an association of political power with both wealth and status, and the deep involvement of many politicians in corruption and other illegal activities, ensures that “it serves the interests of the leaders of the executive to keep the police under their control and hold them accountable to the executive rather than to the public.”

But why does this matter?

It matters because people have little trust in the police. As a result, they do not report crimes and shy away from providing evidence, which undermines the ability of the police and the judiciary to provide justice. This then facilitates a high crime rate which affects people’s lives, undermines investment and business, and does immense damage to the country’s economy.

As Osse outlined, domestic and international pressure encouraged the political elite to “present themselves as reform-minded”and to “use ‘reform speak’”, but without the commitment required to ensure that this agenda was actually operationalised

It also matters because it means that many continue to suffer human rights abuses and loss of life at the hands of the police. This came into sharp relief during the course of the 2017 elections when many lost their lives, while others were seriously injured or raped. However, such violence extends beyond the elections, with Kenya having one of the highest rates of extra-judicial killings in the world.

These experiences of violence and loss are reason enough for reform, but they are linked to several other problems. First, to give police officers an open licence to intimidate and kill ordinary citizens on the basis that they are alleged criminals or terrorists opens the door to a world in which officers can illegally kill suspected criminals, but also others that they do not like.

This then helps to fuel a broader culture of impunity, which facilitates everything from corruption to electoral injustice, and further fosters a sense of exclusion and frustration. It also fuels resentment and frustration amongst many ordinary Kenyans.

It is clear that the anger that was fostered by the response of the police to protests in 2017 has not been addressed by the “handshake”. Similarly, the “Big Four Agenda” – even were it to be successful – will not address a growing sense amongst many Kenyans that they do not enjoy equal rights as laid down in the 2010 Constitution and are instead at an almost daily risk of some form of injustice. Such anger is incredibly dangerous and significantly increases the potential for future violence between ethnic groups, and also between other groups including socio-economic classes and generations.

This reality is then exacerbated by the failure of political and economic liberalisation to bring about inclusion and development, by a sense that the political elite are getting away with various crimes, and by the periodic use of violence by Kenyan politicians. As I have argued previously in a chapter on Democratisation and “criminal” violence in Kenya, many come to see crime and violence as a justifiable strategy on the basis” that ‘others’ . . . do not deserve their ‘ill-gotten gains’”.

Thus, while the police reform agenda has stalled, it is of critical importance. However, people cannot realistically rely on the political elite to push such change through, and instead need to demand the same for the sake of Kenya and a real peace that people can rely on beyond elite political pacts.

This article is written in loving memory of Anneke Osse who died on 7 June 2019. Anneke was passionate about social justice and human rights, and spent much of her life working on police reform. Policing and Society have temporarily made her 2016 article Police reform in Kenya: a process of ‘meddling through’ free to access.