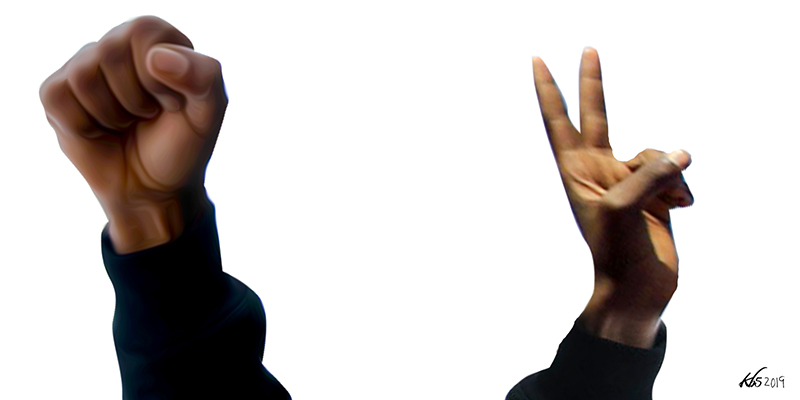 Those of you who read Mutemi wa Kiama’s The Real Lords of Kenyan Poverty in his articulate response to the Deputy President will have captured this truth: our burning political issue is our ruling class/elites, the root cause of poverty, corruption, theft of national resources, inequalities and odious debts. They are the authors of our divisions and our strife, and the agents of foreign interests in our motherland. Yes, this class must be replaced by its antithesis, an alternative patriotic political leadership. Governor Kibutha Kibwana has advised us thus: “The social reform movement needs to reimagine itself from the grassroots.” This is also advice for the alternative political leadership that is anchored to such a movement. The communities at the grassroots must organise themselves and we must facilitate such organisations on the basis that we also are educated by communities.

The ruling class is racketeering, unpatriotic, kleptocratic, and is also the running dogs of the imperialism of the West and the East. This class has been called wala watu, walalahai, ogas, mazimwi, mapebari, mashetani. In Kiikamba we call this class asumbi kitundumo, and the Kalenjin call them chemosi. The Kikuyu call this class uthamaki. David Ndii refers to them as “some animals [who] are more equal than others.” Alamin Kimathi has called them mabwenyenye. Each community in Kenya should have a name for this class. They hate us, the people they lead and mislead. They wish us dead when they do not kill us. How do you explain the illicit economy in our midst (counterfeits, wildlife crimes, human trafficking, trafficking in body parts, drug trafficking, piracy, terrorism, money laundering) that makes us sick and kills us? Even the so-called licit economy is mired in illegal financial flows by multinationals; exploitation, domination, and oppression by foreign interests enslaves our people.

The communities at the grassroots must organise themselves and we must facilitate such organisations on the basis that we also are educated by communities.

Which idiot said the British had left? Or the Europeans? Or the Americans? And now the Chinese are here. With a multi-racial, multi-ethnic elite owning most of the land and other national resources, do we own our motherland? With the skyrocketing national debt, is it not a matter of time before our patriotic youth do what the Mau Mau Land and Freedom Army did in the 1940s and 1950s; organise and fight to free our motherland from foreign occupiers and their national agents?

A recent Oxfam Report states that, in a population estimated at 51 million, 8,300 Kenyan billionaires and multi-millionaires own assets equal to those of the rest of us. This inequality can only be explained by the elites’ politics of division for the last 56 years. Our elites should never be politically underestimated as they have a genius for lies, distractions, diversions, and divisions. They have mastered the art of manipulating the divisions of class, clan, gender, generation, religion, region, occupation, race, and, recently, even the English Premier League. Politics of division must be replaced by politics of humanity, national unity, and inclusion. Above all, we must breathe life into our constitution and our vision of how our politics is to be organised.

The ruling class is racketeering, unpatriotic, kleptocratic, and is also the running dogs of the imperialism of the West and the East. This class has been called wala watu, walalahai, ogas, mazimwi, mapebari, mashetani. In Kiikamba we call this class asumbi kitundumo, and the Kalenjin call them chemosi. The Kikuyu call this class uthamaki. David Ndii refers to them as “some animals [who] are more equal than others.” Alamin Kimathi has called them mabwenyenye. Each community in Kenya should have a name for this class.

The long march to an alternative political leadership started with Me Kitilili and was joined by other patriots, leading to the Mau Mau war of independence. The march has never stopped; it may occasionally retreat but like the mole that keeps on digging underground, periodic progressive eruptions of this march have marked the course of our history. So, today we meet on this site, a site that has been part of this long march to freedom, emancipation, and the reclaiming of our land and national resources. Limuru is the home of the 2010 constitution. It is to this constitutional shrine that we return to assert its validity, condemn its betrayal, and organise for its protection and robust implementation. The constitution is an excellent framework for getting Kenya out of its governance and developmental mess. It only requires agency, an alternative political leadership and the support of all Kenyans.

Limuru has witnessed previous alliances between civil society and opposition political parties. These parties were not an authentic opposition in the country but part of the intra-elite struggles for political power. The NCEC [National Convention Executive Council] learned its lesson from the IPPG [Inter-Parties Parliamentary Group]. We cannot continue to view these baronial and elite factions as providing a political alternative. There is none among them that is the lesser evil. We are in Limuru to end opportunistic political strategies with the ruling elite that have been devoid of a proper class analysis. We cannot continue to be the transformative lambs reclining comfortably with the baronial lions. We cannot run with the hare and hunt with the hounds. It is time we had an authentic opposition that can contest for power after 56 years of a baronial rule that has promised to build bridges to get us to Canaan only to return us to Egypt.

Kenya gave birth to a beautiful baby, the 2010 constitution. We then proceeded to hand over the baby to a child-trafficking class to take care of it. We now know what a grievous mistake we have made. We must reclaim this baby and entrust it to an alternative political leadership to avoid it being killed and its body parts being trafficked.

A recent Oxfam Report states that, in a population estimated at 51 million, 8,300 Kenyan billionaires and multi-millionaires own assets equal to those of the rest of us. This inequality can only be explained by the elites’ politics of division for the last 56 years

We want the implementation of the constitution, not the further weakening of its structure through defective and self-serving amendments that will only entrench bad behaviour. Tinkering with the constitution is an attempt at create a bypass to misrule, misgovernance, and authoritarianism. Such amendments will result in Kenya sinking deeper into a political and economic morass.

So, in this journey of a thousand miles, we are starting the last lap and taking the last step, driven by the revolutionary spirits of our ancestors and our God of freedom, equality, equity, emancipation, inclusiveness, non-discrimination, integrity, accountability, peace, national unity and prosperity.

So then, what must be done?

We have with us social movements and political parties: Muungano, Ukweli, and the Communist Party of Kenya. We also have experts and intellectuals. Let each of these groups choose a man and a woman to constitute the Interim Leadership of the Peoples’ Popular Initiative Convention (PPIC) to address this issue of alternative political leadership. Let us ensure that a multi-racial, multi-ethnic, multi-gendered, and multi-religious face of Kenya is represented as we expand this Interim Leadership and choose a collective leadership of the first among equals. Let various Committees be formed to work on narratives that run counter to those of the elites, with the sole aim of contesting for political power. A fundamental committee will be the Finance Committee because, indeed, we must raise our funds from among the Kenyan people as happened during the struggle for independence.

Without capturing state power our resources will not be safe, and our national debt will never be paid, resulting in our enslavement. We announce here that we will never pay debts that were illegally contracted or stolen. On the contrary, we will help the creditors recover their debts from those who are liable to pay them. After all, the bulk of the assets of these people are in the countries of the creditor nations, institutions, and individuals; the math will be really easy.

The Interim Leadership should ensure we work on basic papers – with the group reports here forming the background of such papers – to enable the PPIC to come up with a broad manifesto that Limuru IV will ratify before the end of the year.

Let us get down to work.