Kenya: Anti-Corruption – Who Can Stop the Reggae? 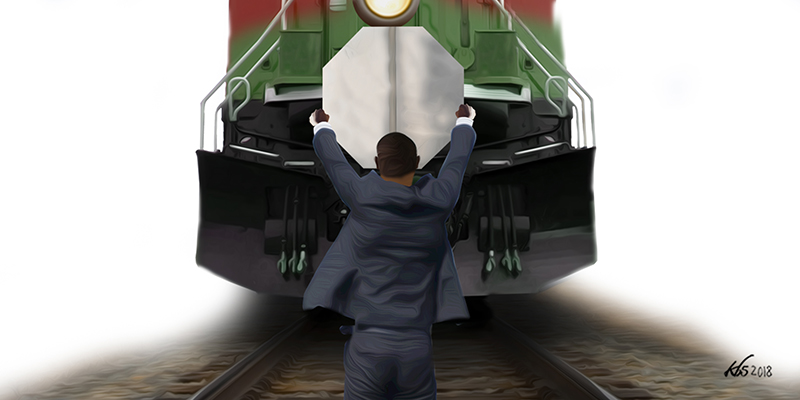 Earlier this week one of Africa’s most tenacious Big Men of the old school was sworn in for a seventh term as President, a victory of his politics of remote control considering his habit of long European sojourns. Paul Biya’s was once said to have asked an official: “Who are you?”

“I’m your minister of agriculture,” the official replied

“Who appointed you and since when?

Biya, now the elder statesman of France-Afrique, the neo-colonial crony system that has managed France’s former colonial possessions in Africa, oiling the French economy while securing the fortunes of a brutal kleptocracy in Francophone Africa, has run an increasingly fractious and violent Cameroon since 1982. Irked by what he considered an impertinent question by the head of Cameroon Radio & Television, Eric Chinje in 1987, as to what he planned to do about rampant corruption Biya was defensive, dismissive of corruption as a problem in Cameroon. But by 2006, the spotlight was on countries like Cameroon. Irritated in part that Cameroon regularly featured at the bottom of Transparency International’s Corruption Perception Index (CPI), in 2006 he established operation Sparrow Hawk to root out corruption in the public service.

An initiative of the National Commission for the Fight Against Corruption (CONAC) – Sparrow Hawk has over the years proved one of the most effective tools against Mr. Biya’s political foes. Senior officials are regularly arrested, assets confiscated and generally manhandled by the judiciary – all to little effect as far as the overall problem is concerned. Earlier this year for example there was another scramble by senior officials, and a rash of breathless headlines, after former top officials were arrested and held at the notorious Kodengui prison in Yaounde for mismanagement, corruption and embezzlement. Another 20 officials were restricted from leaving the country. One was arrested in Nigeria by a joint force of Nigerian, Cameroonian and Equatorial Guinean agents. Former Prime Ministers, senior officials at the presidency, the president’s own personal physician and a host of other former ministers have fallen afoul of Operation Sparrow Hawk.

An initiative of the National Commission for the Fight Against Corruption – Sparrow Hawk has over the years proved one of the most effective tool against Mr. Biya’s political foes.

Despite all the drama, Sparrow Hawk doesn’t seem to have dented corruption as an issue in Cameroon. However, it has proved an extremely effective political tool for Paul Biya as he tightens his grip on power in Cameroon from his political engine room at Geneva’s Hotel Intercontinental.

Kenya is ostensibly in the middle of a major anti-corruption drive. Together with the elite politics of the handshake between Raila Odinga and Uhuru Kenyatta in March, little else has sold more newspapers in the country besides the murderous proclivities of politicians and socialites. On social media as bulldozers knocked down buildings illegally constructed on road reserves or riparian land, the popular phrase to describe the anti-corruption drive became: ‘No one can stop the reggae’.

The lead vocalist of the reggae was the energetic new Director of Public Prosecutions who has a direct line to the President – Noordin Haji. Unsurprisingly the media have become a key pillar in the latest permutation of the war against corruption – regularly reporting on upcoming arrests, providing prosecutorial details and sometimes seeming to test the waters as to what the public considers credible or perhaps too blatantly politicised. This is not unusual. Any serious anti-corruption drive requires impartial political support. The best mobilisers of this are the media and civil society. For their part this time around, given recent history, civil society has chosen to tread more cautiously. Some foreign embassies and their investigative agencies have become important pillars of some of the key investigations being carried out.

The first phase of the Kenyatta regime’s fight against corruption started in 2015 when the President dropped a bombshell ‘list of shame’ report in parliament during President Kenyatta’s state of the nation address. Included in the list were a number of senior public figures some of whom were forced to resign their positions as the Ethics and Anti-Corruption Commission (EACC) investigated an assortment of allegations in their regard:

The lead vocalist of the reggae was the energetic new Director of Public Prosecutions who has a direct line to the President – Noordin Haji. Unsurprisingly the media have become a key pillar in the latest permutation of the war against corruption – regularly reporting on upcoming arrests, providing prosecutorial details and sometimes seeming to test the waters as to what the public considers credible or perhaps too blatantly politicised.

The ‘list of shame’ didn’t quite cut the mustard with the public partly because of its scale and breadth. This made it difficult to be consumed whole; animating corruption required a ‘political hook’ that the citizenry could use to associate scandals with particular individuals. Throwing in the respected Auditor General’s office that is held in higher esteem than the EACC itself into the list also didn’t help.

It also became apparent that the list itself seemed a work-in-progress, an operational report prepared by the EACC and rushed, incomplete, to parliament for the required political optics essential for Mr Kenyatta’s state of the nation address. This tactical blunder of splurging out the incomplete document ultimately worked to the advantage of some of the political players named. They continue in high office to this day.

Within opposition circles and in the Deputy President’s camp of the Jubilee regime the episode was a sort of waterloo for the most powerful official in the EACC – its deputy secretary Michael Mubea, who is seen as the President’s man in the agency. Sources close to the Deputy President William Ruto observed that the Uhuru I ‘list of shame’ anti-corruption move was a stealth attack against many figures associated with the DP, who appeared to have outlived his usefulness to State House once the ICC cases had been dispensed with. Their reading was: why a stealth attack and not a full frontal honest ‘war against corruption’? It seemed to betray anxiety with regard to what the DP’s response would be. This remains the case to this day.

At the start of this year following the March 9th handshake the reinvigorated Kenyatta II anti-corruption drive was perceived as many things at the same time: an effort to roll back the most corrupt regime in Kenyan history and redeem some sort of legacy from it for the Kenyatta family; and simultaneously, to finally wipe out William Ruto, constitutionally the best positioned successor to Kenyatta as the 2022 elections approach.

If the anti-corruption drive was meant to ‘knock out’ Ruto, the effort is stuck in the mud; the reggae has stopped and bureaucrats are frozen on the dance floor – the courts and front pages of the media. Sources close to the DP explained: “One sees the same stealth attack against the DP as 2015 but executed differently. Last time Michael Mubea and EACC made the grand move but it went the way it went. This time there are three new aspects – first is the centrality of Haji the DPP; second, is the way technology has been deployed – tracking people using their phones and computers and using this telephone traffic for locational data to reverse-engineer evidence for prosecution processes that have already been embarked upon. This has removed the need for warrants. Thirdly, there is a growing sense that the high premium causalities of this phase of the war against corruption hail from a certain [read: Kalenjin] community. This in turn feeds a certain potentially troublesome narrative at the national level.”

There is a growing sense that the high premium causalities of this phase of the war against corruption hail from a certain [read: Kalenjin] community.

Other sources observed: “Clearly [the anti-corruption gig] isn’t going according to plan. When prosecutorial decisions are made from a purely political perspective they don’t tend to work and are more susceptible to an effective political response. It causes things to look and feel, as they did around the ICC matter. There isn’t a strategy being rolled out here. A prosecutorial strategy, for example, needs to be rational but here State House is deciding on guilt and the DPP is working backwards to put together the evidence when prosecutions have already started, all the while using the media as a tool to test what’s politically saleable and lay the ground for future actions.”

This Uhuru II fight against corruption revolves on an axis whose centre is Noordin Haji, the energetic DPP, with the EACC rushing up from behind to remain relevant. The media-cum-prosecution-led strategy – what has come to be called ‘the reggae’ – splutters to life roughly once a week.

This Uhuru II fight against corruption revolves on an axis whose centre is Noordin Haji, the energetic DPP, with the EACC rushing up from behind to remain relevant. The media-cum-prosecution-led strategy – what has come to be called ‘the reggae’ – splutters to life roughly once a week. Beginning to exhibit symptoms of the discredited Cameroonian decade-old Operation Sparrow Hawk, the process has meant attempting to fry big fish in a ‘shock and awe’ tactic that has played extremely well in the media. The biggest fish thus far has been Evans Kidero, former Governor of Nairobi who has found himself in the dock on a range of charges several times. Indeed, he has almost become the big fish that’s being refried every few weeks when public attention wanes. This week fried in oil; two weeks later in court to be fried with onions; two weeks later with garlic and dhania, as the charges are constructed on an ongoing basis. Meanwhile the fight against corruption seems to have gained more traction within elements of the international community than among Kenyans at large. Others contend that anti-corruption has been weaponised politically as part of the process of managing the political transition that’s underway.