Museveni, Trump and the Arua 33: Will Uganda Suffer US Sanctions? 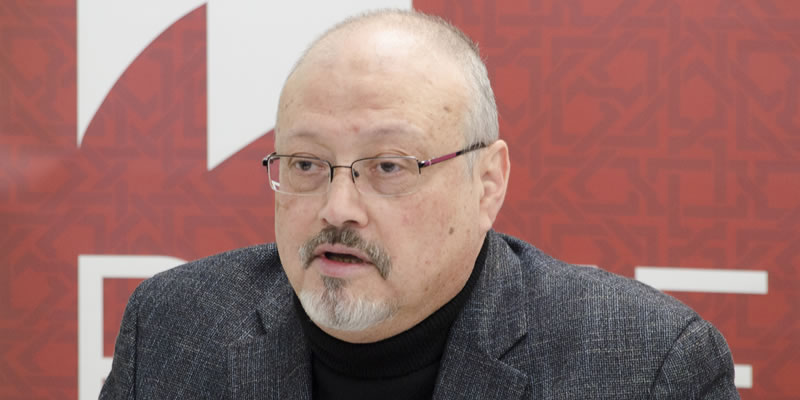 It has been said, by those less sensitive to the kind of insults Donald Trump has levelled at Africa, that he has the advantage over past US presidents of being candid. Agree with him or not, on Africa, Syria, East Jerusalem or even Brexit, Trump will freely express any unpalatable sentiment he or his administration hold. His brand of arrogance, a result of a lifetime of privilege and not having to rely on empathy to get by, may not restrain him from peddling outright falsehoods, but it does seem to free him from the need for diplomatic dissembling.

Following the murder in October of dissident journalist Jamal Khashoggi in the Saudi Consulate in Istanbul, Turkey, there were predictable calls for sanctions against the Kingdom. A bi-partisan group of US senators demanded that the Magnitsky Act is invoked against the perpetrators. President Trump, without betraying any signs of embarrassment, gave a series of reasons why his administration is disinclined to sanction Saudi Arabia for this egregious and unprecedented attack on Khashoggi, journalism and human rights.

Trump’s brand of arrogance…may not restrain him from peddling outright falsehoods, but it does seem to free him from the need for diplomatic dissembling

His initial statement following official confirmation of the killing was reasonable: “Saudi Arabia has been a great ally, but what happened is unacceptable.” It was his later qualifications of what ‘unacceptable’ means in practice that diverge from expectations.

There were ‘security’ considerations: “We need Saudi Arabia to counterbalance Iran.” But the bottom line was economic advantage — it will be hurtful to the U.S. to stop selling [arms] to Saudi Arabia. And, “I would prefer that we do not cut our business deals with Saudi Arabia.” Trump’s estimates of potential losses to his country as a consequence of sanctioning Saudi Arabia ranged from 600,000 jobs in the arms industry and $100 billion and above in revenue. Trump’s own personal property dealings with the Saudi monarchy complicate matters further.

The news puts a new complexion on Uganda’s Arua 33 case. On the same day that Khashoggi’s demise was confirmed, the US embassy in Kampala announced that it was barring six members of Uganda’s armed forces from traveling to Fort Lauderdale for further training. The ban is a result of their participation in abduction, torture and killing citizens during a by-election in August 2018.

On the same day that Khashoggi’s demise was confirmed, the US embassy in Kampala announced that it was barring six members of Uganda’s armed forces from traveling to Fort Lauderdale for further training.

A quick search shows that Ugandan military officials have suffered US travel bans before. In 2014 travel bans and a suspension of aid were imposed following Uganda’s enactment of anti-homosexuality legislation. A year later, Brigadier Leopold Kyanda, the former military intelligence boss and at the time Uganda’s army Chief of Land Forces was barred from participating in training in Kenya on a US programme because of his connection with ‘safe houses’ (ungazetted and therefore illegal places of detention) in Kampala in which detainees’ human rights were routinely abused by torture and degrading treatment. That announcement stated that a regional military exercise with Uganda and funding for a Uganda Police programme were cancelled and travel bans imposed on Ugandan officials involved in “serious” human rights abuses and gross public corruption.

A hint at the cosmetic nature of travel bans came from the government spokesperson, Ofwono Opondo, who said they were a “scarecrow because Ugandan officials can conduct international business without having to physically be in the US.”

The intended punitive character of the ban was further watered down by the secrecy surrounding the identities of the banned officials. If justice was done, it was not seen to have been done:

“We do not provide assistance to individuals or units where the vetting process uncovers credible information of human rights violations. If that assistance requires [travel] to the United States, individuals and units that have committed gross violations of human rights abuses, are not eligible for travel. [But] As a matter of policy, we do not comment on whether or not individuals from any given country are eligible for such programmes.” Daniel Travis, Embassy spokesperson 2016

Nobody knows what action Uganda took to have the earlier sanctions lifted – or if they were in fact lifted. What is clear is that abductions, safe houses and other human rights abuses continue, the latest case having occurred on 17th October this year when a Young Democrat was captured on camera being thrashed with a machine gun in broad daylight before being bundled into a vehicle and driven off. He resurfaced days later in police custody.

Given the new insight provided by President Trump, we can conclude the officers and men responsible for the Arua atrocities, which began on 13 August with the assassination of Yasin Kawuma, the arrest and torture of two members of parliament, Francis Zaake and Robert Kyagulanyi (Bobi Wine) and the abduction of five MPs in total before fanning out to the rest of the population and which continued well into September, will only face retribution if it is in American security and economic interests – which are often one and the same thing. It looks unlikely.

It is entirely possible that the recent arrest of four junior police constables for beating a civilian wearing opposition colours on September 20th and the transfer of Regional Police Commander Jonathan Musinguzi who brutalized Councillor Night Asara, Ms Saudha Madada and others in Arua will be regarded by the US as sufficient demonstration of the Ugandan regime’s willingness to begin to observe human rights.

The officers and men responsible for the Arua atrocities, the assassination of Yasin Kawuma, the arrest and torture of two members of parliament, Francis Zaake and Robert Kyagulanyi (Bobi Wine) and the abduction of five MPs, will only face retribution if it is in American security and economic interests…

The hundreds of soldiers who carried out the orders of Brigadier Don Nabasa, commander of the Special Forces Command (SFC), the military unit responsible and whose brutality was captured on numerous devices in August and September 2018, remain at large. Nabasa himself, together with the commander of the army David Muhoozi and the Commander–in–Chief Yoweri Museveni remain in good standing.

In Khashoggi’s case, Al Jazeera quotes Kristin Diwan of the Arab Gulf States Institute in Washington as saying, “It took an intense international outcry sustained for two weeks to acknowledge the obvious — that Khashoggi is dead, that he was killed in the Saudi consulate [….] That gives you an idea of the immense financial and strategic interests that are invested in maintaining the US partnership with Saudi Arabia and its leadership.” Furthermore, the United States did not object to Crown Prince Muhammad bin Salman, a suspect in the killing, heading the investigating committee. Barely three days later, President Trump stated that the crime was committed at ‘a lower level’ – an exoneration, in other words, of the Crown Prince without a thorough investigation. More recent reports suggest, however, that three weeks after the killing, President Trump is coming around to the idea that his ally the Crown Prince may have been involved. Both the UK and USA have now put travel bans against Saudi operatives but maintain trade ties.

Although the international outcry following Arua was unprecedented for Uganda, it has taken two months for sanctions to be applied. The government of Uganda has not admitted liability. In fact President Museveni commended the SFC for apprehending the MPs following an alleged fist-fight, a version of events not unlike the one given by the Saudi government about Khashoggi’s death. The victims, Museveni has said, were ‘violent’ and their beating was therefore legal. Museveni is unapologetic, making excuses that sound eerily similar to Saudi Arabia’s: the wave of violence was an accident or an operation gone out of hand or the work of rogue officers.

Ugandan perpetrators of state brutality are less likely to face justice than their Saudi counterparts. Uganda does not buy anywhere near as much materiel from the USA (although every little helps); applying Magnitsky sanctions would not cause a huge loss from direct arms sales. Uganda is, all the same, important to US regional security interests. It has opened its borders to the US army for use in the ‘war on terror’ in the Great Lakes Region and Somalia, a significant boost to the arms industry. In fact the SFC was kitted out by the United States, notably with a US$12 million grant in 2014.

The Uganda scenario also lacks an accuser of President Erdogan’s stature. Erdogan has been relentless in keeping the case of Jamal Khashoggi in the news, forcing President Trump, Canada, Europe and the UK to focus on it and respond. So far Canada and the EU, like the USA, are leaning towards maintaining trade links with Saudi Arabia regardless of its human rights record. The Uganda opposition’s only comparable ally is Dr Paul Williams, a British opposition Member of Parliament (Labour) who has raised the question twice in the House of Commons. Robert Amsterdam, an American human rights lawyer is acting pro bono for some of the victims and lobbying for sanctions in the United States.

The Uganda scenario lacks an accuser of President Erdogan’s stature. The Uganda opposition’s only comparable ally is Dr Paul Williams, a British opposition Member of Parliament (Labour) who has raised the question twice in the House of Commons. Robert Amsterdam, an American human rights lawyer is acting pro bono for some of the victims and lobbying for sanctions in the United States.

Indications as to whether the United States will stand on the side of human rights and invoke the Magnitsky Act against the primary perpetrators of the Arua crimes, or whether it will prioritise its own economic interests, is clear from Trump’s reasoning in the Khashoggi case, and his general stance on Africa. In a campaign-trail speech watched live by this writer (although the BBC has erroneously said it is a rumour), President Trump said of Black Lives Matter campaigners that they were welcome to “Go back to Africa and see how much their lives matter there.”