The Kibera Demolitions: A Response From the Constitution 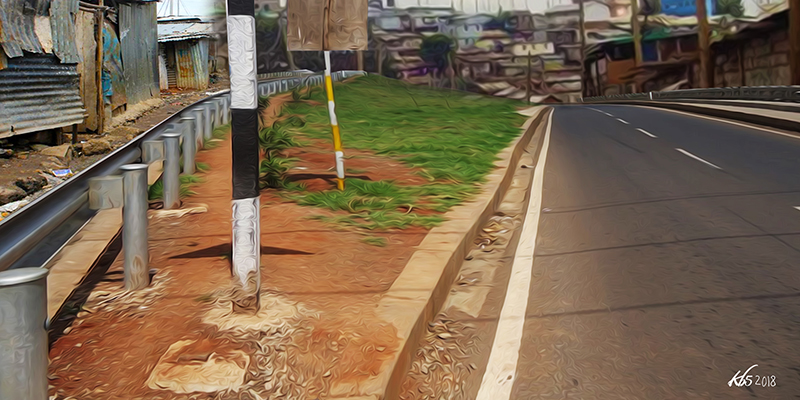 On the day when this became news, one of us had given a presentation on human rights at a workshop. Another presenter suggested governments might be embarrassed to be shown up internationally as seriously violating human rights. Your author responded, “I am not convinced this has any impact. The government shows no shame.”

The response of our government over the Kibera evictions was reported as being: “They were there illegally”.

Despite being lawyers, we want to suggest that such a legalistic approach is a complete violation of the constitution.

The constitution is the product of a vision. It was the vision of the people of Kenya: they were fed up. Fed up with tyranny, with lack of accountability, with lack of respect, with the accumulation of national resources and power in a few hands, with the capture of the state for personal gain. The Constitution of Kenya Review Commission in its Short Report, which accompanied the first draft constitution, said this:

The Review Act speaks of the needs of marginalized communities. You might almost say the Commission found a marginalized nation. … The whole nation feels alienated from the government and structures of authority. People feel neglected, and victimised. They consider they have no control over their life or destiny.

The constitution is the product of a vision. It was the vision of the people of Kenya: they were fed up. Fed up with tyranny, with lack of accountability, with lack of respect, with the accumulation of national resources and power in a few hands, with the capture of the state for personal gain.

It did not, though it might have, say Kenyans wanted to be free of what Shakespeare called the “arrogance of power”.

The response of the constitution drafters

Let’s begin at the beginning: the Preamble. It speaks of the people being committed to “nurturing and protecting the well-being of the individual, the family, communities and the nation”. And recognises that all Kenyans long for “a government based on the essential values of human rights, equality, freedom, democracy, social justice and the rule of law”.

The Constitution goes on to say that the people of Kenya are sovereign. What does this mean? If they are not empty words it means that the country belongs to the people. All the people. It does not belong just to the wealthy, the politically connected, the obsessed-with-their-own-power. It must mean, and it thus follows, that it is a total negation of the constitution to ride rough-shod over the lives, livelihoods, homes, happiness and prospects of thousands of fellow citizens.

Early in the Constitution is the Bill of Rights. Its purpose is made clear: it is “to preserve the dignity of individuals and communities and to promote social justice and the realisation of the potential of all human beings”. It later says: “Every person has inherent dignity and the right to have that dignity respected and protected”.

The constitution says: “Every person has the right … not to be subjected to any form of violence from either public or private sources, … or treated or punished in a cruel, inhuman or degrading manner”. Violence is not just a matter of physical force. Treatment is not just about medical treatment.

The constitution shows particular care for older members of society, and minorities and marginalised groups and children. “A child’s best interests are of paramount importance in every matter concerning the child”. Everyone (and minorities and marginalized are particularly mentioned) has a right to have reasonable access to water and health services. The elderly have the right to live in dignity and respect and be free from abuse; to receive reasonable care and assistance from the family and the state (not to be hounded out of their homes by that state).

Everyone, the constitution tells us, has the right to housing. No one would deny that sometimes people will have to lose their homes in order for important development to take place. The Land Act as amended provides for evictions to be as decent as possible, and in its provisions at least, was intended to implement the constitution. It says that evictions must be carried out in a manner that respects people’s dignity, right to life and security. There must be special measures to ensure protection of women, children, the elderly, and persons with disabilities. There must be special measures to ensure that there is no arbitrary loss of people’s possessions. And force used only when necessary.

The Land Act as amended provides for evictions to be as decent as possible, and in its provisions at least, was intended to implement the constitution. It says that evictions must be carried out in a manner that respects people’s dignity, right to life and security. How can the indiscriminate use of bulldozers possibly respect these rules?

How can the indiscriminate use of bulldozers possibly respect these rules?

Kenyan courts have also said that evictions must be planned to avoid disrupting schools, work, and take account weather conditions. Instead people are evicted in a particularly cold July and in the closing weeks of the school term.

Courts have also indicated the need for engagement with communities before evictions take place.

The dismal truth is that our so-called leaders, and the people who do their will, are blind to the vision of the constitution. The notion that a person who lives in Kibera or Korogocho or Mathare (and indeed the 60 percent of the people of Nairobi who live in informal settlements) is just as worthy of respect and dignity as the well-heeled, well-fed and comfortably housed is beyond their comprehension. In truth the constitution is beyond their blinkered ability to comprehend.

The constitution does not value roads more than footpaths, cars more than people, grand railways and glass office towers more than those who are forced to live and do business in mabati shacks and kiosks.

The constitution shows preference for rights over law. It means it is not an adequate answer to say only “they were there illegally”.

Large scale evictions are not easy anywhere. That must be admitted. Indeed it is precisely because of this that the United Nations adopted Guidelines on Development Related Evictions, which were relied upon by our courts when they laid down guidance on evictions, and are imperfectly reflected in the Land Act.

But the truth is that the Kenyan authorities are not just uncaring, lacking empathy with the people who elect them and whom the constitution says they are supposed to serve rather than rule. They are also incompetent.

It cannot be beyond the wit of public servants to think things through from the beginning. What is the best route for a road (preferably to avoid human suffering as far as possible)? Can the land be gradually cleared, ensuring that people have places to go, and that is not just structure owners (themselves squatters) who get compensated?

Doesn’t all this make the President’s Big Four promises sound a bit empty? Most of the people evicted would never be able to afford even his “affordable” housing.

When will the government, national and county, develop a real plan for Nairobi, including a strategy for informal settlements that is more caring and sophisticated than a bulldozer? When will they learn that it needs an integrated, evidence based, publicly debated and approved, approach that will ensure decent, affordable public transport, not just off the cuff ideas that go nowhere, like lipstick lines?

Doesn’t all this make the President’s Big Four promises sound a bit empty? Most of the people evicted would never be able to afford even his “affordable” housing.

How long can Kenya’s elite get away with treating so many citizens with such scorn and lack of respect?