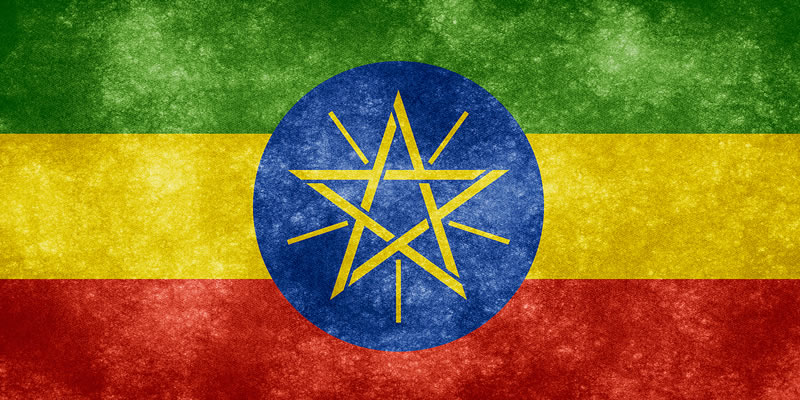 Those still healthily sceptical about Ethiopia’s new Prime Minister – and his ability to fundamentally shake it up – were this week proved wrong.

The Ethiopian People’s Revolutionary Democratic Front emerged from its one-day Executive Committee meeting with jaw-dropping decisions, which could prove to be game changers. Not just for Ethiopia’s economy. But also for the region, as concerns Ethiopia’s relations with Eritrea as well as Eritrea’s internal affairs.

The economic decisions – decisively breaking with the EPRDF’s statist past – were to liberalise key sectors and begin the privatisation of no small number of parastatals. Including, most significantly, Ethiopian Airlines, which already boasts Africa’s largest fleet and fastest growing passenger numbers. As well as Ethio Telkom – the source of no small amount of frustration across Ethiopia since 2014 in particular as it has been responsible for the internet cut-offs and slowdowns used to manage public protests. Not to mention it being the means through which Ethiopia has rolled out its no-joke electronic surveillance capabilities. That these two companies in particular are being thrown open to business is nothing short of astonishing.

Then the foreign policy decisions – that Ethiopia will abide in full with decisions of the Eritrea-Ethiopia Boundary Commission, set up as per the December 2000 Algiers Agreement that ended the two-year war. No matter that this decision comes almost two decades after the fact. Ethiopia’s non-compliance was attributed to intransigence less on the part of the EPRDF as a whole than on the part of the EPRDF’s hitherto dominant constituent party, the Tigray People’s Liberation Front. The whole stand-off was, in fact, considered to be less an Ethiopian/Eritrean issue than a TPLF/Eritrean People’s Liberation Front (EPLF, now People’s Front for Democracy and Justice, PFDJ) matter. Thus, this particular decision attests to the diminished importance of both a certain generation and the TPLF within the EPRDF.

Despite its impressive and sustained growth levels, Ethiopia still needs over US$1.6 billion in relief. It is in debt. It needs capital for investment. For that, it needs to look beyond Ethiopia

Both sets of decisions are also a testament to the consolidating power of the internal reformers – across the EPRDF’s constituent parties – that Dr Ahmed Abiy has managed keep behind him. Especially as these decisions were followed in quick succession by the replacement of the intelligence head with an Amhara and the military head with another Tigray.

Yes, it is true that both are insiders – holding revolutionary credentials from the war against the Derg as well as the two-year war with Eritrea. However, in February, both were brought in as two of the three deputy military heads (the third an Oromo) by the man Abiy succeeded because they were perceived as being more reform-minded. By completing their move to the top, Abiy has, in effect, ensured the most critical security services are in alignment with the move to open up – with the backing of informal reformers on the ascendency within the EPRDF.

A summary of Abiy’s moves so far. Politically, the release of political prisoners – including key Oromo and opposition leaders, including one linked to Ginbot 7 (which the EPRDF had previously designated ‘terrorist’). The ending – this past week too – of the second State of Emergency. A slight cabinet re-shuffle (bringing in more Oromos and to significant ministries). In terms of foreign policy, the latest on returning Badme to Eritrea and seeking to normalise relations. Economically, the latest on liberalisation and privatisation.

Still pending, however? Politically, the repeal of the most notorious pieces of legislation -under which so many bloggers, journalists, opposition members and leaders had been detained in the first place – the Anti-Terrorism as well as the Charities and Societies Proclamations. Plus, a little bit down the line, election management that provides a fair playing field to the opposition – and doesn’t end in the tragic farce the EPRDF made of the 2005 elections. In terms of foreign policy, the Ogaden region and related Somalia issues. Plus, of course, rising tensions with Egypt over Ethiopia’s dam and its effects on the Nile. Economically, where Ethiopia is (in effect) the victim of its own success. Investments in health and education since the fall of the Derg have given rise to a (still relatively small) middle-class but a (large!) population of the un(der)employed. Plus anger in all the protesting regions (beyond Oromia and Amhara to Gambela and Southern Nations and Nationalities) about the expropriation of land for large-scale foreign investments in agriculture.

Despite its impressive and sustained growth levels, Ethiopia still needs over US$1.6 billion in relief. It is in debt. It needs capital for investment. For that, it needs to look beyond Ethiopia. It also needs – as a matter of urgency – to open up its foreign exchange rules and its financial services sector as well as to ease the costs of doing business in Ethiopia. Not just for foreigners. But, as critically, for small and medium-size Ethiopian businesses. Ethiopians need jobs.

If Ethiopia succeeds, it’ll provide Africa with an example of how a ruling coalition can effect transition from within. It’ll prove the point that popular protests can be responded to in meaningful, rational and real ways – without Ethiopians in the end having no option except to throw the baby out with the bath water.

If it succeeds, it’ll also do what it’s just done this past week – throw the ball firmly in the court of Eritrea’s EPLF/PFDJ. Ending the stand-off about Badme removed the sole rational reason for Isaias Afewerki’s abominable behaviour towards his own country and his own people. The threat of war with Ethiopia had become existential – used to justify indefinite conscription (including, more recently, of even the elderly). Not to mention every other Eritrean aberration—the lack of constitutional implementation, the lack of elections, the lack of a parliament, the effective ban on civic and political organising, the effective ban on the media. The prolonged detention and disappearance of so very many Eritreans. The findings by the United Nations Commission of Inquiry that what’s going on in Eritrea amounts to ‘crimes against humanity.’

If Ethiopia succeeds, it’ll provide Africa with an example of how a ruling coalition can effect transition from within. It’ll prove the point that popular protests can be responded to in meaningful, rational and real ways – without Ethiopians in the end having no option except to throw the baby out with the bath water

That existential threat – and justification for the madness that pertains – has now been removed. It is telling that one, two, days post-the EPRDF’s announcement, there’d been no ‘official’ announcement or reaction within Eritrea. When it finally did come, it was along the lines of: ‘we’ll believe it when we see it’ – that is to say, that Eritrea won’t react until the Ethiopian military has actually withdrawn from Badme. Eritreans believe Afewerki will drag it out beyond that – by demanding compensation, reparations and so on. He can go ahead and do so. But, like it or not, Ethiopia’s change means he’s going to have to change himself. And change the way he’s running his own personal little North Korea.

This is therefore no time to be sceptical. Not about Ethiopia

This is therefore no time to be sceptical. Not about Ethiopia. Nor what Ethiopia could mean for Eritrea. This is an opportunity. That all the region must seize and support. As a bemused Ethiopian friend put it – also amazed by what’s happening: ‘Tings a gwan on in Abyssinia!’