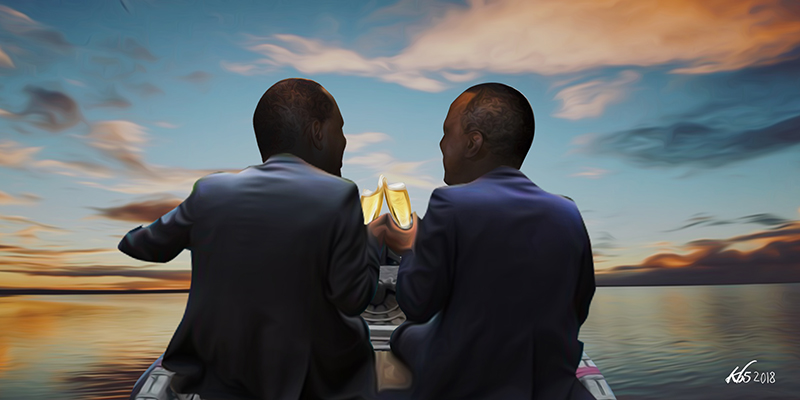 Many Kenyans feel unsure of what to make of the now infamous handshake. We watch, in heightened perplexity, unconfident about the process it may be unfolding – particularly mesmerized by talk of constitutional change – again – in the air.

There is particular anger amongst erstwhile supporters of Raila Odinga – who feel betrayed, confused and demobilised. There is growing debate within civil society about both whether and how to engage with the handshake to advance their independent concerns – bearing in mind public perceptions are that this independence is sorely lacking.

It is perhaps helpful to step back and review what we know about how change has typically happened – and typically been cut short, frustrated or otherwise thwarted – in independent Kenya.

Change has typically happened first by the injection of ideas – from what remains of the progressive left as well as other intellectuals into the political domain. By mass mobilisation and organisation around those ideas – by the religious community and political opposition who have the capacities for the same. By that mass mobilisation and organisation serving as the outside game – creating bottom-up, domestic pressure on intransigent political incumbents. By pick-up by external actors – previously solely from the west, more recently from the region – the top-down, regional and international pressure on said intransigent political incumbents. That pick-up (obviously) informed by their own sense of calculation and interest – but also by the scale and unanimity of internal actors creating the domestic pressure.

On the other hand change in Kenya has typically been thwarted using a now traditional template Kenya’s political actors are extremely astute at two things: Knowing when to pull back from the brink; and knowing how to concede without conceding. Plus, of course, there have always been a few people amongst political incumbents with whom an inside game can also be played – who, when the time is ripe, point to the need to pull back from the brink and how to concede without conceding.

Thus change is cut short, frustrated and otherwise thwarted by sudden 180-degree shifts by formerly intransigent political incumbents – again and again and again. When the combined bottom-up and top-down pressures create too much of a squeeze, political incumbents suddenly discover the language of conciliation and grace – thus undercutting the mass mobilising and organising of the religious community. They suddenly re-discover deal-making and negotiating – thus putting the last nail in the coffin of mass mobilising and organising by the political opposition. Consequently, external actors breathe a sigh of relief, pat themselves on the back for saving Kenya from itself – and remove the top-down, regional and international pressure. All that’s left standing – orphaned, perplexed and unable to benefit from what they themselves set into motion – are those who generated the ideas in the first place. As they watch the compromises emerging from the deal-making and negotiations contort those ideas beyond all recognition. Purportedly in the interest of accommodating power while seeming to constrain it.

Kenya’s political actors are extremely astute at two things. Knowing when to pull back from the brink. And knowing how to concede without conceding… Thus change is cut short, frustrated and otherwise thwarted by sudden 180-degree shifts by formerly intransigent political incumbents – again and again and again.

This is the Kenyan template. Political accommodation and institutional, structural tinkering around the edges – otherwise known as ‘reform’ – with zero personal accountability, criminal or otherwise. Also, with zero changes to the economic exclusion and grievances, about which most Kenyans are actually, at heart, concerned. True, some heads are ceremonially sacrificed – but only to sit out the process of ineffective investigations and prosecutions grinding to a definitive halt, upon which they can re-emerge. Laundered and sparkly clean to re-enter the next confrontation leading only to continuity.

We know this. We despair, we are continually disappointed, we throw our toys out of the pram – and yet we go back for more. Again and again and again. What should knowing this tell us about this most recent iteration of the political game?

What’s in place that needs to be in place for change to happen, one asks. We don’t seem to have the ideas – re-opening constitutional negotiations to supposedly insert proportionality into the electoral system and move to a prime ministerial system seems the height of insanity given the authoritarian proclivity of all law-making over the last five years. Not to mention the sheer lack of numbers to ensure that deal-making and negotiations will get us a better compromise than that in our current Constitution.

We know this. We despair, we are continually disappointed, we throw our toys out of the pram – and yet we go back for more. Again and again and again

We don’t have an outside game. Because we don’t have the mass mobilising and organising capacities. Religious organisations are as hell-bent on stability in favour of the status quo as external actors. The political opposition is in disarray.

So much for what we don’t have.

What we do have – that we seem to be unable to galvanise and grow – is the energy of that half of the general public that is so angry at the turn taken. That has clear ideas itself – not so much about the political game in play, but about its vote and the real, everyday issues it wants sorted out. Which has a voice online and (potentially in the streets) but seems to need a mobilising and organising principle, ideas leadership backed by civil society’s institutional bases to move into the real world. There’s a new generation out there – it’s annoyed, its informed and its ready to go.

There’s a new generation out there – it’s annoyed, its informed and its ready to go

We should be worried.