Our Exit Belies the Crisis in Kenyan Media 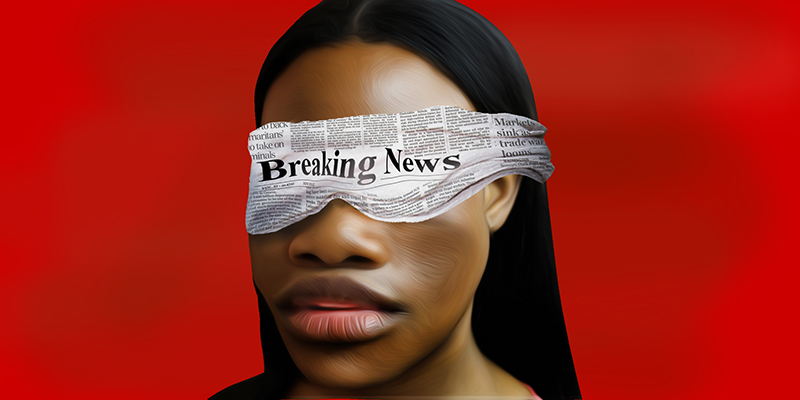 No less than six denunciatory commentaries have been published in the Nation Media Group’s publications regarding the departure of eight long-serving columnists, myself among them. They include a Page One editorial, a public editor’s comment and opinion pieces by another four regular columnists.

These opinions belie the crisis in Kenya’s media. For an event that was barely reported on the Nation Media Group’s platforms, the resignations have been a subject of fairly hefty comment, which begs the question: on what facts were the opinions and commentaries based?

News – a collection of the day’s intelligence on events — is the lifeblood of public debate. If the news is not reported honestly and accurately, with all the available facts presented, even the best analysts and columnists would be working with flawed and incomplete raw material.

Many of the commentaries and editorials have sidestepped the facts of the matter, misstated the reasons for our resignations and constructed new arguments, which they have then gone on to canvas.

It bears repeating that when cartoonist Gado (Godfrey Mwampembwa), and editors Dennis Galava and Mugumo Munene, among others were dismissed from the Nation Media Group in 2016, seven columnists wrote to the Aga Khan, the NMG’s principal shareholder – he holds 44.6 percent of the stock – and copied the letter to the editorial board and the editor-in-chief. In it, we raised concerns about those staff departures and the manner in which they had occurred. We feared that the NMG’s reputation as a defender of media freedom was being eroded. We urged for a change of course.

News – a collection of the day’s intelligence on events – is the lifeblood of public debate. If the news is not reported honestly and accurately, with all the available facts presented, even the best analysts and columnists would be working with flawed and incomplete raw material.

The NMG editorial board wrote back to each of us acknowledging the letter, and promising action and discussion, neither of which ever happened. Perhaps we should not have been surprised. The Nation Media Group, notably in its relations with the Yoweri Museveni government in Uganda, has been willing to weed out those journalists perceived to be troublesome in exchange for the Aga Khan’s other business pursuits in that country. It did not take very long for Charles Onyango-Obbo, a fierce Museveni critic and co-founder of the Weekly Monitor, which had been acquired by the NMG, to land himself in trouble with State House, reputedly because of questions he raised about the death of Dr John Garang in 2005. Spirited off to Nairobi and a new exalted, if substantially neutered role, there were murmurs that his departure from the Monitor had been on the express orders of State House. Another Ugandan journalist, Daniel Kalinaki, was ‘exiled’ to Nairobi after the Monitor once again ran into Big Man trouble. He was only recently granted re-entry into Uganda, four years after his departure.

In the meantime in Nairobi, other significant changes in the editorial department, seemingly routine, have had the effect of sidelining and marginalising editors and journalists with a reputation for independence.

Early this year, the Nation clumsily sent one of its most popular columnists, Dr David Ndii, a “non-renewal of contract” email, in response to a direct inquiry to the board chairman, Wilfred Kiboro. His email to Mr Kiboro was prompted by a swirl of rumours that his contributions to the Nation stable had to stop because they were discomfiting to the Executive. Reader views on the termination of Dr Ndii’s column, shared with the editorial leadership at the Nation, were dismissed offhand.

Just before that, Nation Broadcasting Division head and chair of the Kenya Editors Guild Linus Kaikai left after a public disagreement over his insistence to cover live the January 30, 2018 swearing in of Raila Odinga.

The Nation Media Group, notably in its relations with the Yoweri Museveni government in Uganda, has been willing to weed out those journalists perceived to be troublesome in exchange for the Aga Khan’s other business pursuits in that country.

Over the years, and to its credit, NMG has held regular forums with columnists to assess the context in which they write and share ideas. Recently, however, these forums have become increasingly rare; in the past year, for example, none has been held. When some columnists suggested a meeting with the editors early this year, the editor-in-chief rebuffed them, saying there was no time for it.

These details have been elided from public discourse, in my opinion, because of the original sin — compromised and less-than-honest reporting. If the reporting is not honest, and is compromised, it’s impossible to expect much better from the analysis and opinion flowing from it. It’s a Catch-22 situation — and not just of the news cycle, but also of the nature of the public discourse it produces, with all the attendant political consequences.

As columnists, we started to reflect seriously on whether or not our individual comforts were more important than the health of the media environment in which we worked. Privately, I have been informed that our decision to write directly to the Aga Khan in 2016 offended some managers at the Nation who believe, and rightly so, that staff decisions are an internal management issue that should not be escalated to the shareholders. All the same, this attitude is likely to waste the opportunity for the NMG to reclaim its rightful place as a champion for truth.

Proof of the Nation’s loss of independence is evident in the Public Editor’s Notebook. On a clear matter of public interest, the supposed reader’s defender has become the Nation Media Group’s consiglie

Numerous straw arguments have been constructed to discredit us: that we were never censored; that we had been writing too long anyway, and needed to leave space for younger people; that we all work for the human rights movement. The questions for which we have repeatedly demanded accountability from the Nation Media Group remain. They continue to be answered with digressions.

We left to make a statement on freedom — not our own freedom directly, but that of those at the frontline of delivering the news, of the daily struggle to tell the truth freely. We did not leave because we as individuals were being censored. It is also worth noting that our resignations were all voluntary; no pressure was made on those who opted to remain to join us.

Proof of the Nation’s loss of independence is evident in the Public Editor’s Notebook. On a clear matter of public interest, the supposed reader’s defender has become the Nation Media Group’s consigliere.