How to Amend 2010 Constitution Post-BBI Judgment 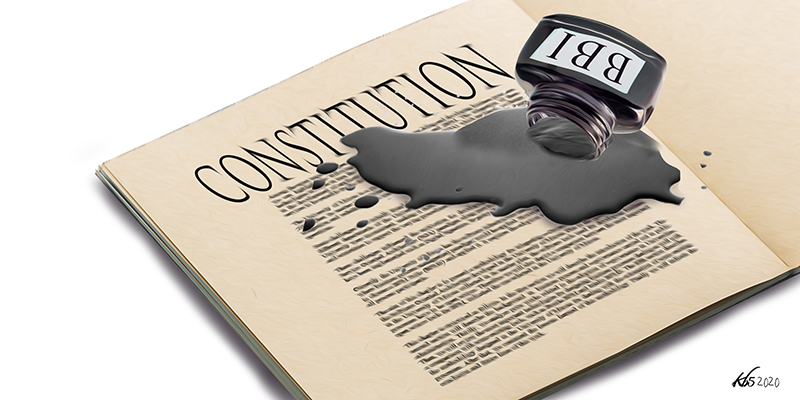 But first a note to offer context. It is not onerous to change many of the provisions of the constitution. BBI has been so contentious because it was conceived for, and involves, changes that are intended to benefit the political class and not the people. The constitutional drafters were aware that the first group that would wish to manipulate the constitution for personal gain would be the political and ruling elites. That is the history and the context that the judges eloquently explained in their judgment. In a bid to inoculate itself against political subterfuge, the constitution created principles and processes that make its core aspects quite onerous to change. This was the visionary sensitivity of a peoples’ constitution protecting itself and the people.

What the judges said

There are three key issues that the court dealt with which provide clarification on what it would take to change the constitution. I use the word “change” here, and not “amend”, to signal that the judges considered both what it would take to amend the constitution as well as (to some extent) to overhaul or replace it. They had to do this because of the nature of the questions presented to them.

The three key issues are the discussion on the basic structure, popular initiative, and the principles that should guide the formulation of a question or questions for a referendum.

But first a word on how the judges arrived at their judgment.

The constitution of Kenya is said to be transformative. It is. The nature of a transformative constitution is country-specific. What a constitution seeks to transform is very context-specific. The transformative aspect of Kenya’s constitution is rooted in the country’s governance experience especially post-independence. That experience was the strangulation the country suffered from an imperial presidency, which sponsored all manner of vices, especially the denigration of the role of the people in governance andstifled plurality of ideas. Public accountability by state officials was nil. No transparency or justification was expected on the exercise of public power.

The judges started by tracing this critical history and how the oppressive regimes of the past inspired the civil agitation and the making of the 2010 constitution. The judges then noted that any exercise of state power under the 2010 constitution must be audited for its compliance with the requirement to depart from this oppressive past. It is for this reason that the judges go to great pains to render this history at the onset of their judgment band to contextualize nearly every finding they make to it.

In discussing the basic structure, the judges mostly dealt with the nature of the power to amend the constitution. They clarified that, in constitutional change, there is a difference between constituent and constituted power. Let me explain the difference.

Constituent power is the power innate in the people as people that is beyond law. It is the notion that the people make the law and not the other way around. It identifies that the people have unrestrainable power to determine whether they even want laws at all – or to put it in less dramatic terms, whether they want a constitution at all. Sounds radical? Yes, but it is not. Britain for example does not have a written constitution. British people in their constituent state have decided that they are okay without a constitution and the heavens are yet to cave in on them.

British people in their constituent state have decided that they are okay without a constitution and the heavens are yet to cave in on them.

Primary constituent power is relevant in Kenya in two ways. First, when people are making an entirely new constitution. Second, when people want to amend the provisions of the 2010 constitution that form its basic structure. In either case, the judges said, a process outside the constitution will apply and, for them, it would at least have four parts to it, (i) civic education (ii) public participation (iii) constituting constituent assembly (iv) referendum.

Secondary constituent power is one that people have within the existing constitution but which is specifically restricted to making non-fundamental changes to the constitution that do not affect the basic structure. It is anchored in Article 1 on the sovereign power of the people that is exercisable directly. Concerning constitutional amendment, it is given more clarity in Articles 255 and 257 that require the people to initiate, participate, debate, and endorse proposed constitutional changes at a referendum.

The court was asked to decide who has the power/right to initiate constitutional amendment through a popular initiative. The court’s answer is straightforward. Only the people, in their private citizen capacity as voters, can do so. Importantly, the court unequivocally found that a state officer, and especially the president or any state or public agency, cannot be a promoter of a popular initiative. This finding is grounded primarily on two reasons.

Where a fundamental amendment to the constitution is in question, it is the people, not parliament, that run the show.

First, the court found – based on a historical constitution-making analysis – that the popular initiative pathway of amending the constitution is the tool that the people reserved for themselves whenever they wanted to change the constitution using their direct exercise of sovereign power under Article 1, as opposed to the power they donated to elected representatives. This was necessary to ensure that the people had an option – whose fate was not hinged on parliament – to amend the constitution.

The third main issue that affects how the constitution can be amended relates to the framing of the question for referendum. The court held that, where a constitutional amendment bill is an omnibus bill – that is, it seeks to amend more than one issue – then each issue for amendment must be presented to the people as a separate question at the referendum. The court justified its finding on the basis that, one – having only one question at a referendum on an omnibus bill puts the voter in a dilemma where they are not able to exercise free choice to vote only for the things they like and reject those they don’t like. The court referred to this as putting the voter in a dilemma to facilitate “laundering” the bad things with the good.

Two, the court noted that Article 255 – 257 speaks of “amendment” and not “amendments” which leads to the logical conclusion that what has to be presented to voters to choose at a referendum is each amendment and not the entirety of the omnibus bill as one question. Three, the court noted that the Elections Act 2011 already provides for the possibility to present more than one question to voters at a referendum.

What do the court findings in respect of basic structure, popular initiative and multiple question referenda mean for anyone who, in the future, hopes to mount a successful constitutional amendment especially on non-minor provisions of the constitution?

The starting point is a thorough understanding of whether the provision(s) proposed to be amended implicate the basic structure. If the proposed amendment does not relate to a basic structure, then the task of amending it is less onerous even though it may or may not require a referendum. However, if they form part of the basic structure, the next level of inquiry is whether the proposed amendment relates to provisions/aspects that are unamendable eternal clauses or amendable clauses.

If the proposed amendment falls within the amendable category of basic structure, those sponsoring an amendment (working with the responsible state organs) would have a herculean task to ensure they meet the four pre-conditions, i.e. civic education, public participation, putting together a constituent assembly and finally subjecting the amendment to a referendum.

There are additional specific discernible implications on this.

To start, there likely will have to be a separate and specific law created to guide the amendment process of the basic structure, especially to determine how the constituent assembly is to be formed and regulated. Specific amendment law may be avoided if parliament was to craft an elaborate and comprehensive law on constitutional amendment which provides – in part – for the manner in which constituent assemblies are to be formed whenever necessary. The current referendum law being considered by parliament does not at present contain such guiding provisions.

But who determines whether a proposed amendment implicates basic structure? There are three organs that can decide or facilitate that determination. The first is parliament, especially if the proposed amendment is proposed under the parliamentary initiative pathway. Where parliament is professional and objective about its task, it perhaps can efficiently do so, either through an initial inquiry by its legal committee or through a ruling by the speakers.

The second is the Independent Electoral and Boundaries Commission (IEBC), especially on a bill brought through the popular initiative route. The IEBC has a constitutional obligation to promote constitutionalism and hence, its role in the constitution amendment process must include alerting on the implications of proposed constitutional amendments especially where a special procedure is needed like that of amending aspects of the basic structure.

The third and ultimately the most authoritative are the courts. No doubt, constitutional amendment will always be a high stakes issue because of the enduring and overbearing nature of the constitution. There are two ways in which the courts will be key in helping clarify the nature of a proposed constitution amendment. The first is pre-emptive where both the Supreme Court and High Court have the powers to make the call early enough by auditing the nature and (even constitutionality) of a proposed amendment. The path to the Supreme Court is through its advisory opinion jurisdiction – a path available only to state organs, including the executive, the IEBC and parliament. On the other hand, the High Court has jurisdiction to interpret the constitution – and that pathway is available to both private citizens and state organs. Critically, the pre-emptive approach has a salutary aspect to it since it clarifies early enough – and hopefully before investment of significant resources – the nature and likely viability of a proposed constitutional amendment.

The second way that courts may clarify on the nature and constitutionality of an amendment is post-facto, i.e. litigation that takes place after the amendment has gone through the key stages of consideration and passage, including possibly after a referendum.

A minimalist approach to amendments

Regardless, a minimalist approach means that in the end voters are presented with only one or very few issues to vote for at a referendum – unlike, for example, the 74 issues that the judges counted in the BBI bill. Moreover, a minimalist approach allows for easier civic education (where required) and public participation and the framing of the question(s). Additionally, it helps to minimise the challenges the amendment is likely to face in court and, finally, reduces the chances of ultimately creating incoherence and internal inconsistency in the constitution.