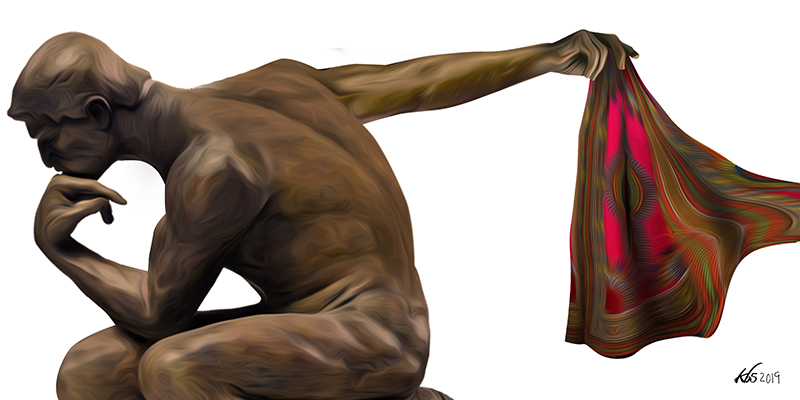 Ask ten people what decolonization means, and you will get ten different answers. The term’s incoherent resurgence has sparked an understandable backlash, with complaints directed mainly against its liberal and or neoliberal defanging. When attempts to pin down decolonization’s meaning pit “real” material work against mere theory, staking out a position feels easy enough. Things are harder to parse where the object of concern is knowledge itself.

What exactly counts as “decolonizing” in the resolutely immaterial domains of concept, culture, or moral life? Because this question must be hard to answer, the certainties with which it is often answered fall short. It is typical of our moment that Ghanaian philosopher Kwasi Wiredu’s death this year was met with much-unqualified praise of his “decolonial” status, with that descriptor confirming countless more specific—and discordant—views.

In Wiredu’s agile hands, the decolonization of knowledge was a distinctive method: it entailed clear analytic steps as well as safeguards against cultural romanticization. This means that it can be learned, given the time and commitment, and indeed must be learned regardless of one’s cultural starting point. In this sense, Wiredu was a staunchly disciplinary thinker even as his political ideals have far-reaching resonance. Trained at Oxford mainly by philosopher of mind Gilbert Ryle, Wiredu’s writing is marked by what Sanya Osha recently described as “a matter-of-fact fastidiousness and tone.” The difference between Wiredu’s disarmingly lucid philosophy and the more abstract, even poetic modes of decolonial thought now in broader circulation is the difference between grandiose calls for the world’s “unmaking” or “delinking” and the painstaking disaggregation of cultural wholes into constituent parts. Wiredu’s hallmark move was to break down “culture” into particular traditions, beliefs, and phrases, which could then be evaluated on their own merits. He was a master of “showing his work,” and the sheer amount of labor he expended to do so in print makes his work unsuited to an age of easy excerpts and virtual point scoring.

Wiredu’s method is most fully worked out in two books, Philosophy and an African Culture (1980) and Cultural Universals and Particulars (1997), but many of his essays have also stood the test of decades. One of the most memorable examples of how he takes his native Akan (and specifically, Asante) heritage apart to assert its philosophical importance appears in a 1998 article titled, “Toward Decolonizing African Philosophy and Religion.” Wiredu here wields insights into the nature of Twi syntax to present the Akan God as an architect rather than an ex nihilo creator.

Whereas the Christian God is linked to a Western metaphysics of being that can, in principle, be unmoored from context, Wiredu argues that the nature of the verb “to be” in Twi or Fante—expressed as either wo ho or ye—necessitates some kind of pre-given situation. (I cannot, in Fante, state simply “I am,” or “she is.”) Whereas the Christian God can thus be imagined to have made the world from nothing, the Akan counterpart is assumed to have worked with pre-given materials in its construction. By extension, whereas the Christian tradition prioritizes miraculousness, the Akan tradition puts more weight on design and ingenuity. Neither one is right or wrong, intrinsically better or worse. Wiredu’s agenda is to make clear the level of conceptual distinction and follow-through required to place them in an equal-footed conversation.

This penchant for linking fine points to grand plans is also on full display in a late-career, 2009 essay called, “An Oral Philosophy of Personhood: Comments on Philosophy and Orality.” Here, Wiredu turns to the Akan tradition of talking drums to refute simplistic ideas of cultural uniformity. Using a well-known drum text rife with metaphysical implications, Wiredu concludes that the drums’ theology is in fact opposed to the broader Akan belief system. (The drum text is in his view pantheistic, while Akan religion is theistic as he describes it in “Toward Decolonizing African Philosophy and Religion.”) His reading yields a few important insights, including into the formative role of intra-cultural disagreement in what might later appear to be shared oral traditions.

The main thing to emphasize, however, is that Wiredu’s deep dive into Akan knowledge results in its destabilization. This does not mean that Akan culture, such as it may be said to exist, is somehow “not real” by virtue of being complexly constructed; this is true of all cultures, everywhere. It means, instead, that it is robust enough to withstand real pressure on pieces of it in order to think seriously about the whole. While acknowledging the colonial odds historically stacked against African knowledge traditions, Wiredu’s philosophical approach to Akan concepts insists that intellectual work can and must do more than reflect this injustice.

Kwasi Wiredu’s lasting decolonial achievement—and that which must be widely memorialized—is to recast African knowledge from something lost to something gained. He refused to treat it as fragile, even as he stared down the many ways it has been sidelined and subjugated. To be “decolonized,” for Wiredu, is to think with extreme care about each and every practice and position, equally open to radical change and renewed conviction. Worship traditionally or as a Christian, he wrote, but in either case really know why. Getting there on his model is daunting, but at the end of the exertion is moral and cultural reciprocity that cannot be claimed lightly. Or, as Wiredu once put it, it yields “the golden rule that gives us the basis … to consider every person as one.”