The Souls of White Folk Revisited 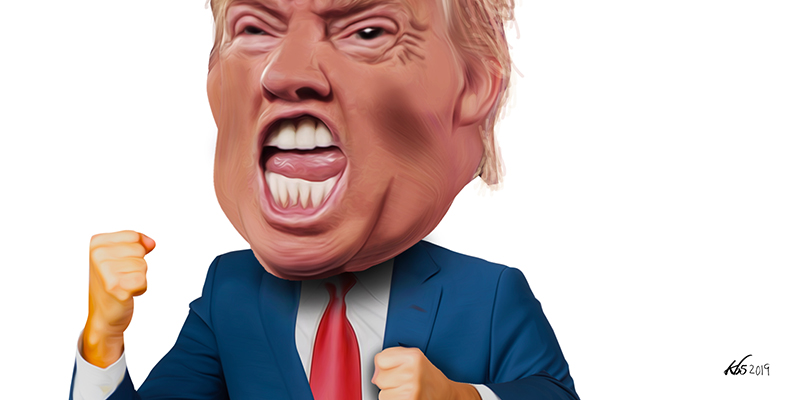 When US Congress members resumed deliberations on the Electoral College vote after a pro-Trump mob violently stormed and temporarily occupied the Capitol building on January 6, many of them expressed shock and dismay that such an event had occurred in the United States. The scene was certainly abominable. More than fifty people were injured, and five people died in the attack, including a Capitol police officer. But the greatest damage had been inflicted upon the feeble facade of American exceptionalism and white innocence.

In a revealing display of historical delusion, the mantra in Congress that evening and throughout the following day was that the barbaric attempt to subvert the outcome of the election was an aberration in US political history and culture. “This is not who we are,” members of congress repeated. Instead of introspection, there was deflection. “This is how election results are disputed in a banana republic—not our democratic republic,” former President George W. Bush related through a formal statement, without any apparent awareness of his own irony and racism.

And there were even boasts. Vice-President Mike Pence, in his address to the reconvened Senate envisioned a world in awe of the US. “The world will once again witness the resilience and strength of our democracy,” he said. New York Senator Chuck Schumer, revealing the limits of his historical literacy, was aghast that this aberrant event will stain America’s image. “Unfortunately,” he said to his colleagues, “we can now add January 6, 2021 to that very short list of dates in American history that will live forever in infamy.”

A half a century ago, at another historical inflection point, Dr. Martin Luther King Jr. wisely recognised these delusions as the property not simply of the United States, but of the West more broadly. The US, he discovered, shared with European states and their imperialist outposts in Africa and the Caribbean a near pathological determination to dress up labour exploitation, gross materialism, militarism, and white supremacy as democracy. We are at a similar historical moment.

This myth of exceptionalism and white superiority continues to yoke the white working class in the US and elsewhere—France, Britain, Brazil, and in South Africa, among other places—to an economic system that is destroying them. King, in his time, implored us to recognize this fact. Today, he would remind us that what Americans saw on January 6 was a domestic variant of a world problem of persistent adherence to white supremacy casually cloaked in political and economic grievance.

The US, like South Africa, needed collective myths to fuel its national pride, and allow its leaders the self-assurance they displayed. Their myopic sense of exceptionalism fueled their claims to superiority vis-à-vis the rest of the world. The same internal inhibitors to self-reflection allowed Donald Trump to label country’s “shitholes” and former President Bush to dismiss others as “banana republics.” This absence of self-reflection compounded by delusion inspired the pro-Trump white-nationalist mob to attack the US Capitol building in an act of domestic terrorism.

We can learn from King’s prescient admonition for white Americans, Western Europeans generally, to recognise the inevitable calamity that will result from the ease with which they hold aloft the banner of racial superiority, while they trod aggressively toward an all-encompassing conflagration. King offered an alternative path forward borne of his engagement with non-violent movements in Asia and Africa to end of European imperialism, and the movement in the US against racial segregation and economic exploitation.

King’s analysis of global white supremacy grew increasingly astute in the early 1960s, through his involvement in initiatives to end white-minority rule in southern Africa. King was not alone in his thinking. He espoused a philosophy that was in the tradition of the Black social gospel theologians who mentored him, such as Benjamin E. Mays, Howard Thurman, and King’s father, Martin Luther King Sr. The inspiration they derived from Mahatma Gandhi’s nonviolence was immense, first in his struggle for Indian rights in British-ruled South Africa and then, after 1915, in India, toward its independence from Britain. Others, such as W.E.B. Du Bois, Ida B. Wells, Mary McLeod Bethune, and South Africa’s Albert Luthuli, shaped the rich, internationally-oriented intellectual and political environment that nurtured King and shaped his political outlook.

King’s goals for the Civil Rights Movement were also consistent with those of his contemporary radical activists who were unsatisfied with arguments for integration into an unaltered American society. His Black social gospel predecessors, as would King himself, insisted that the US social and economic system be understood in its global context, which would evince the necessity of a radical reordering. The global perspective that King and his contemporaries in the Civil Rights Movement gained through their involvement in the struggle against white-minority rule in southern Africa, equipped them to discern the global dimensions of capitalism, white supremacy and resulting forms of creeping authoritarianism.

Part of King’s brilliance and his usefulness for understanding the current political moment was his capacity to link culture, philosophy, and national politics within broad, global economic and political structures. In his speech to the First Conference on New Politics Chicago in 1967, King derided the persistent myth of the US as a paragon of justice, equality, and freedom. He diagnosed America’s social malady as a “triple-prong sickness that has been lurking that is the sickness within our body politic from its very beginning. That is the sickness of racism, excessive materialism and militarism. Not only is this our nation’s dilemma, it is the plague of Western civilisation.”

King did not issue diagnoses without prescriptions for a more healthful body politic. He strove toward the realisation of what he referred to as the “Beloved Community,” built on justice and equality. Toward that end, we must be honest about and learn from our own history.

King warned that it was detrimental to the US to continue to deny that “capitalism was built on the exploitation and suffering of black slaves,” and demanded the acknowledgement that capitalism “continues to thrive on the exploitation of the poor, both black and white, both here and abroad.” Again, his antidote for this sickness was not mere social integration, but true social justice, which required a radical remaking of American society. “The problems of racial injustice and economic injustice,” he argued, “cannot be solved without a radical redistribution of political and economic power.” What he called for, in other words, was a social revolution.

King’s internationalism and the deepening sophistication of his social analyses in a global context were most fully displayed in his Human Rights Day address at Hunter College in 1965, in which he warned that the delusion of superiority and exceptionalism among white South Africans was propelling that country toward internal violence, as he feared it would among whites in the US. The prospect of white violence prompted King to muse on the image of the African savage in the European imagination, reinforced by innumerable books, motion pictures, and magazine photos. He lamented that this figment of Africa as home to backward savages had persisted for more than a century despite the nimiety of facts that controverted it.

King contrasted the African-savage narrative with Europe’s well-documented economic and political savagery on the African continent: “Africa does have spectacular savages and brutes today, but they are not black. They are the sophisticated white rulers of South Africa who profess to be cultured, religious, and civilised, but whose conduct on philosophy stamp them unmistakably as modern-day barbarians.”

He feared that the persistence of these brutes, these barbarian white rulers would propel South Africa toward a race war, as Africans exhausted all peaceful routes to liberation and self-determination. To forestall or, even better, prevent such an outcome, King called for an international moral coalition against white-minority rule in southern Africa. “The leaders of South Africa’s openly and virulently racist regime were very specific about their intention to secure and maintain white dominance in the country. Quoting Prime Minister Verwoerd [of South Africa]: ‘We want to keep South Africa white.’ Keeping it white can only mean one thing, namely white domination, not ‘leadership,’ not ‘guidance,’ but control, supremacy.”

King neatly summed up apartheid’s corrosive efficiency for securing white political and economic power in the country, while ensuring a stable reserve of cheap Black labor. Rather than a southern outpost of Western civilization, as many South African leaders claimed, their country’s social and economic system made it, as King put it, “a formidable adversary of human rights.”

He emphasised his endorsement of international sanctions against South Africa, in this speech. Although the push for sanctions in the US would fail to shift the US government’s position on South Africa until the 1980s, King recognised the potential for a sanctions campaign, beyond the specifics of its immediate goal to cripple the apartheid regime, to form the basis of a global movement; what he called an “international alliance of all peoples of all nations against racism.”

As the minister extolled the virtues of sanctions, he singled out the US for its hypocritical and economically gratuitous embrace of South Africa. There had always been quick and deliberate US action in international events when the US believed its interests were at stake. He said that when the US invaded the Dominican Republic, which took place that year, it showed what it was capable of doing if willing. “We inundated that small nation with overwhelming force, shocking the world with our zealousness and naked power.” But toward South Africa, he bemoaned, “our protest is so muted and peripheral, it merely mildly disturbs the sensibilities of the segregationists, while our trade and investments substantially stimulate our economy to greater heights.”

Such is the hypocrisy of exceptionalism. The US would not condemn South Africa at the height of its own hypocrisy on race relations, because to do so would indict both countries. They mirrored each other, with their racist economic and political systems, hyper militarism and historical delusions. “Colonialism and segregation,” he wrote in an essay published that year in the New York Amsterdam News in 1962, “are nearly synonymous; they are children in the same family, for their common end is economic exploitation, political domination and the debasing of human personality.”

King would have recognised the raiding of the US Capitol building as a stark reflection of what America has always been. Like the white rulers of South Africa during the 1950s and 60s “who profess to be cultured, religious, and civilized,” US leaders have conjoined mythology and delusion to blind themselves to the fact that the marauding horde that brought such shame to the US Capitol on January 6 and, indeed, to the US, acted in the long and dependable tradition of white nationalism in America and in the indomitable spirit of global white supremacy.

King endeavoured to steer whites from the course on which their historical delusion had fixed them and that would lead them inevitably toward violence. His legacy inspires a clear-eyed examination of movements like Marine Le Pen’s National Front (National Rally), Boris Johnson’s Brexit, and Trumpism, to understand their deep-rootedness in the ethos and praxis of white supremacy. Naming it, as King counseled, will allow for self-reflection and an opportunity for true exceptionalism. Success within this process will enable US politicians to recognize the marauding horde wandering the corridors of the Capitol building as themselves and a product of their history.