Reimagining Home in a Time of COVID 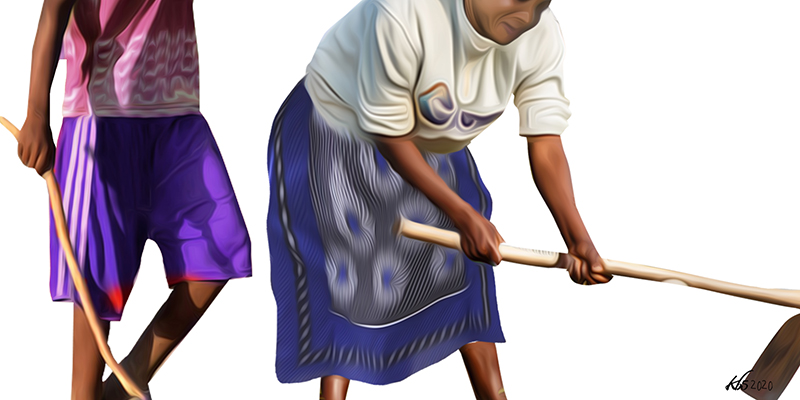 One of the contradictions of the past few weeks is that while we have become isolated within our own borders, neighbourhoods and homes, we have also become joined globally in the incantation of new words: social distancing; lockdown; quarantine; curfew; shielding. To this list of what the Welsh Marxist theorist Raymond Williams might call our COVID keywords, we must also insist on adding evictions, demolitions, and forced internal migrations, all of which have unfolded before our eyes in the first pandemic to occur in the age of social media.

At a recent webinar on Africa and the Pandemic, ROAPE’s Heike Becker described African governments as being more intent on flattening houses than on flattening the curve. I was provoked by this to revisit the literature on domicide, a word used to describe the deliberate destruction of homes and the suffering of those who dwell in them. In this pandemic, there has been an under-theorisation of the meaning of home. Instrumentally, instructions to stay at home were not made on the basis of careful knowledge of how homes function as what Kathleen Lynch, John Baker and Maureen Lyons have described as enclosed places or political economies.

Feminists have long argued that affective relations and the conditions under which reproductive labour is provided are neglected and under-researched. This failure risks making the attempt to prevent the spread of COVID-19 not just instrumentally unworkable but also unjust.

Olu Timehin Adegbeye has written that the World Health Organization (WHO) is “promoting social distancing as an essential response to this pandemic, forgetting that there are many parts of the world where this single solution is contextually inadequate or even dangerous”. As Tshepo Mdlingozi pointed out when he wrote in relation to South Africa, “spatial colonialism makes it impossible and inhumane to enforce a lockdown in shack settlements”.

COVID has also thrown up critical existential questions about what we talk about when we talk about home. David Ndii has written that the Kenya authorities have an assumption that everyone has a true rural home. This has meant that working people and the urban poor are treated as temporary residents of the city who have no rights to the city – an assumption with deep colonial roots. In India, the authorities announced a lockdown that Arundhati Roy has described as “towns and megacities…extrud[ing] their working-class citizens — their migrant workers — like so much unwanted accrual”. (In contrast, India’s repatriation by air of its overseas citizens has been meticulously organised.)

Feminists have long argued that affective relations and the conditions under which reproductive labour is provided are neglected and under-researched. This failure risks making the attempt to prevent the spread of COVID-19 not just instrumentally unworkable but also unjust.

When the stay-at-home orders were made, little thought was given to what it means to ask poor families to educate children from home in overcrowded conditions at a time when care work is itself risky, disproportionately exposing women to greater risks of the disease.

Our failure to imagine the homes of others is all the more striking because for those with access to technology, we are able to look into the homes of others for the first time. Virtual meetings challenge the notion of home as enclosed, private spaces.

Similarly, some of us have spoken frankly and sometimes for the first time about our family commitments and how our jobs are built on an unencumbered male breadwinner model now thrown into disarray. The instruction by our employers to “work from home” was striking: what do we imagine has been going on in homes other than work?

The pandemic has made responsibilities for care work more visible while increasing its quantity as women try to do their jobs whilst simultaneously looking after those in their home. The under-theorisation of what takes place in the home was evident in other ways, from the neglect of a shadow pandemic of domestic violence to the lack of awareness about the ways of life of multigenerational homes where shielding the elderly is not practical or where older people have long established roles in relation to care, quarantine and the dying.

Our failure to imagine the homes of others is all the more striking because for those with access to technology, we are able to look into the homes of others for the first time. Virtual meetings challenge the notion of home as enclosed, private spaces.

The pandemic should compel us to think more clearly about the home as a political economy. It has made visible and at the same time put under additional strain the work of social reproduction, that is, the socially necessary labour expended to provide food, clothing, and shelter. That little value is attached to this caregiving role is not natural but the outcome of political choices.

Caregiving and emotional labour are unequally distributed. They fall disproportionately on women and most of all on minority women, the poorly paid and the precarious. They subordinate women in society.

Women have, of course, struggled against that subordination. This is, for instance, richly evoked in Luise White’s study of early Nairobi, The Comforts of Home: Prostitution in Colonial Nairobi, which showed how women provided care labour for men in return for pay “in imitation of marriage” and then went on to use the proceeds of that labour to become independent property owners in a growing city. As one woman quoted in the book stated, “I built this house on my back.”

The gulf between the homes of the rich and the poor in the cities of the Global South has meant that whilst many cocoon at home in safety, with adequate food and access to plentiful resources, (purchases of luxury cars in Kenya have shot up since the beginning of the pandemic: the car too functions as enclosed space), in other parts of the city, women are caring for people without pay, taking care of loved ones, “provisioning supplies, and finding ways to offset the enormous economic and social burdens of this time’”.

At the same time, women have borne the brunt of the violence directed towards their homes. The pandemic has confirmed Patrick McAuslan assertion that the bulldozer is often “the principal tool of planning’”. Evictions in Kenya have taken place in defiance of court orders.

The militarisation of cities such as Nairobi and Johannesburg has led to an increase in rape and sexual violence. Women are safe neither from intimate partners nor from strangers in the form of police prowling the streets during curfews.

Central to a just response to COVID must be the work of reimagining what is needed to sustain a just home. Foremost amongst these is an economy that recognises, redistributes and compensates the labour that is essential to sustaining us. A better understanding of the labour needed to reproduce a home and ensure its survival during a pandemic must be carried forward into the future to ensure that the home thrives. A starting point is to recognise the differential impact of violence, repression, precarity, sickness and domicide on women in a time of COVID.

Central to a just response to COVID must be the work of reimagining what is needed to sustain a just home. Foremost amongst these is an economy that recognises, redistributes and compensates the labour that is essential to sustaining us.

Recovery should not mean a return to normal but should entail thinking about the ways in which the normal of others has been invisible to us, as Hannah Cross and Leo Zeilig remind us by asking: “Is not the experience of life with the Covid-19 outbreak, now being felt for the first time in many generations in the Global North, the common experience of life and death in the South?”

The Hawai’i state commission on the status of women, presenting its proposals for a feminist economic recovery from COVID-19, argues that we must speak “not only about response and recovery, but also of repair and revival: repair of historic harms and intergenerational trauma playing out as male domination, gender-based violence, economic insecurity, poor health and mass incarceration”.