The Turbulent 2010s: The Emergence of Surveillance Capitalism and the Rebellion of Nature 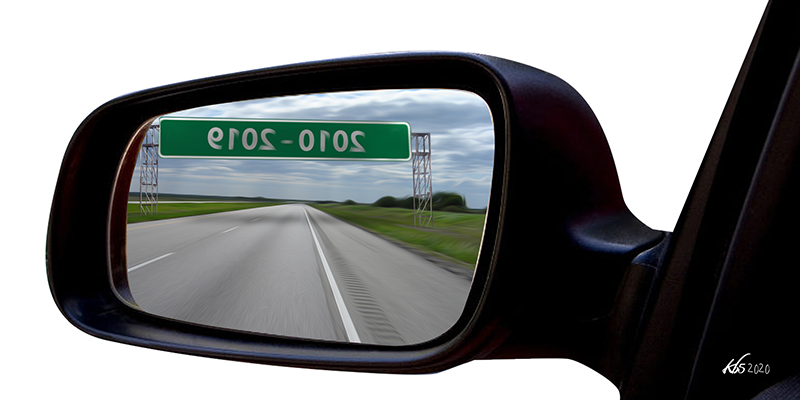 It was in the 2010s that the buzz about the Fourth Industrial Revolution reached a crescendo. As I note elsewhere, the term often refers to the emergence of quantum computing, artificial intelligence, internet of things, machine learning, data analytics, big data, robotics, biotechnology, nanotechnology, and the convergence of the digital, biological, and physical domains of life, and the digitalisation of communication, connectivity, and surveillance.

While more and more people and businesses embraced social media, the technophilia of the early 2010s gave way to growing technophobia about its negative impact, both real and imagined. The sins of commission and omission by social media advanced by the critics are long and varied. It has been accused of fostering political polarisation, fueling the epidemic of fake news, facilitating online stalking, harassment and bullying, reinforcing digital divides and disparities including class distinctions, gender and racial/ethnic stereotypes, as well as compromising privacy, endangering mental health through online addiction, depression and social disengagement, especially among the youth. 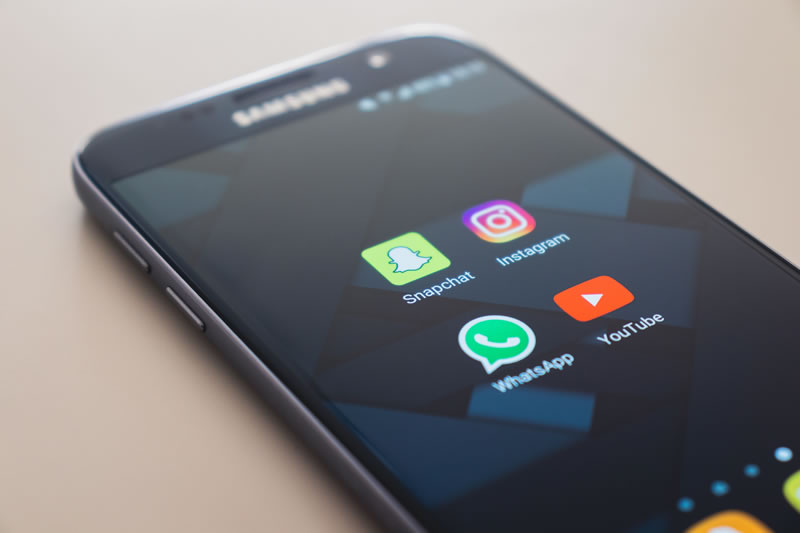 Photo by Christian Wiediger on Unsplash

Politicians generally found social media useful when it suited their needs and promoted their interests, but deplored it when it didn’t promote their interests. Closure of social media platforms during political protests joined the large arsenal of state authoritarianism. Social media also became a powerful weapon of electoral manipulation as evident in the Russian interference in the 2016 American presidential elections in which they sought to damage the candidacy of Hilary Clinton and boost that of Donald Trump, as well as in the 2016 Brexit Referendum in the United Kingdom. The scandal surrounding the data firm Cambridge Analytica, which misappropriated 87 million Facebook profiles, underlined the scale of the crisis.

Concerned by these dangers, and threats to democracy and privacy, some activists called for regulation of social media companies. In 2016, the European Union became one of the first intergovernmental agencies to do so by enacting the General Data Protection Regulation (GDPR). The European Commission declared, “The regulation is an essential step to strengthen individuals’ fundamental rights in the digital age and facilitate business by clarifying rules for companies and public bodies in the digital single market. A single law will also do away with the current fragmentation in different national systems and unnecessary administrative burdens.”

The technophilia of the early 2010s gave way to growing technophobia about its negative impact, both real and imagined

Given the weight of the EU, the GDPR was copied in some regulatory frameworks elsewhere. Even in the United States, where such regulations were vigorously fought, demands grew for greater self-regulation by the industry, and the once feted technological wizards of Silicon Valley joined the hall of infamy occupied by politicians, journalists, and left-wing academics! But by the end of the decade regulatory controls had done little to curb the apparently relentless march of cyber surveillance and surveillance capitalism as data became a new and potentially endless gold mine.

Data harnessing capacities will increasingly determine economic opportunities and divides among nations and industries. A key asset in this critical indicator and differentiator can be seen in the global distribution of high performance computing (HPC). In 2017, the USA had 33.8% of global HPC capacity, followed by China with 32%, Japan 6.6%, Germany 5.6%, and France and the United Kingdom each with 3.4%. Altogether, in terms of continents Asia had 42.4%, the Americas 35.4%, Europe 21%, and Africa and Oceania the remainder. The leading African country in this space, South Africa, had 0.2%.

Big data from African countries and companies is largely stored in the vast computer farms, otherwise known as the cloud, located and controlled by large global firms. This is the face of 21st century digital imperialism, the transnationalisation of digital platforms from the major technological powers to the rest of the world, capturing one service industry after another from transport (Uber) to accommodation (Airbnb) and combinations thereof (Expedia, Booking.com, etc.). During the era of the Atlantic slave trade Africa sold its people for trinkets, under colonialism it exported raw materials for a pittance, and now it is mortgaging its data, a dubious privilege which it even pays for.

There were of course other technological developments in the 2010s. Smartphones and tablets became extremely popular consumer items. The release of the iPad by Apple founder and CEO, Steve Jobs, in April 2010 was almost as electrifying as that of the iPhone in June 2007. During the decade various other inventions were adopted, from 3D printing to cryptocurrency, to e-cigarettes that especially enticed the youth, to virtual assistants such as Amazon’s Echo, Google Home, Apple’s HomePod, and Samsung’s Bixby. Self-driving cars were also developed.

The Rebellion of Nature

The 2010s marked a decade when nature harshly rebelled against its despoliation and gradual destruction by humans. The onslaught of extreme weather events, from hurricanes, tornadoes, cyclones, tsunamis to droughts and wildfires, to melting icecaps and rising sea levels reached apocalyptic dimensions that awakened much of the world to the existential dangers, economic damages, and social devastations of environmental degradation and climate change.

Global consciousness about the perilous climatic crisis facing the planet was galvanised by scientific consensus, the indefatigable work of environmental movements, increasingly animated by the youth, and renewed commitments to sustainable development goals by the international community. The synthesis reports of the Intergovernmental Panel on Climate Change (IPCC) issued ever more alarming information on global warming, the culpability of human activities through the production of greenhouse gases, and the urgency of taking drastic action for mitigation and adaptation.

The decade opened on the heels of the acrimonious and failed 2009 Copenhagen Summit, which was largely blamed on the intransigence of the developed countries led by the United States, then under the Obama administration. In the next few years a series of United Nations Climate Change Conferences were held in Mexico, South Africa, Qatar, Poland, Peru, and France. The latter conference led to the adoption of the Paris Agreement. It proposed keeping climate change below 2°C, although no binding emission targets were set. Subsequent conferences were held in Morocco, Germany, and Poland.

In the meantime, young people galvanised the environmental movement. The fearless Greta Thunberg, who became an influential international environmental activist, forcefully represented the youth activists. At the at the 2019 UN Climate Action Summit in New York in September 2019, she bluntly told world leaders: “You are failing us… But the young people are starting to understand your betrayal. The eyes of all future generations are upon you. And if you choose to fail us, I say: We will never forgive you.” The school strike for climate movement she initiated in late 2018 quickly spread in many parts of the world. 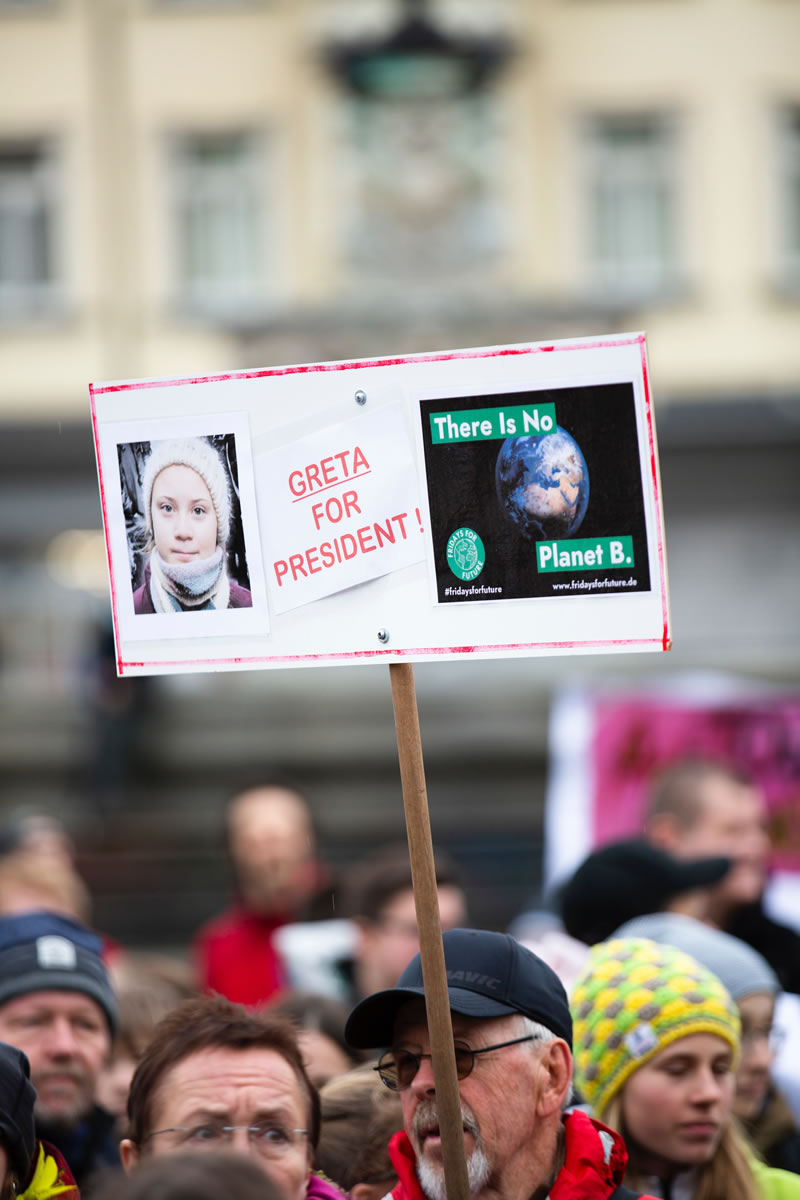 Save our Planet – Fridays for future (March 15 2019) / Schlossplatz, Erlangen / Photo by Markus Spiske on Unsplash

Unfortunately, stubborn pockets of climate change denial persisted, most alarmingly among some right wing politicians, a group that found its loudest proselytisers in the new presidents of the United States and Brazil, Donald Trump and Jair Bolsonaro, respectively. President Trump announced the United States would pull out of the Paris Agreement, while President Bolsonaro lashed out at European leaders complaining about deforestation in the Amazon. But even for the less recalcitrant governments, their rhetoric was often not matched by action.

This is the face of 21st century digital imperialism, the transnationalisation of digital platforms from the major technological powers to the rest of the world

To be sure, there was progress as a growing number of countries adopted renewable or sustainable energy. Investments in hydropower, solar power, wind power, bioenergy and geothermal energy increased. In the early 2010s, according to a 2018 report by the International Renewable Energy Agency, “Global annual investment in renewable energy rose steadily in 2013-2015, peaking at USD 330 billion in 2015 before falling to USD 263 billion in 2016.” Consequently, the report states, “Since 2012, renewable power capacity installations have exceeded non-renewables by a rising margin, representing about 60% of all new power-generating capacity added worldwide in 2016.” East Asia, led by China, was in the forefront, followed by Europe. The bulk of the investment, more than 90% in 2016, came from private sources.

But the world’s major polluters continued to resist cutting their emissions significantly or adequately financing global climate mitigation efforts by the developing countries. This became abundantly clear at the World Climate Change Conference held in Valencia, Spain, in December 2019, which failed to agree on concrete actions to enhance targets to reduce greenhouse gas emissions.  As if in reproach and final display of nature’s wrath at the end of the decade, 2019 closed with ferocious infernos torching large swaths of California and Australia.