The Genocidal War on Tigray and the Future of Ethiopia 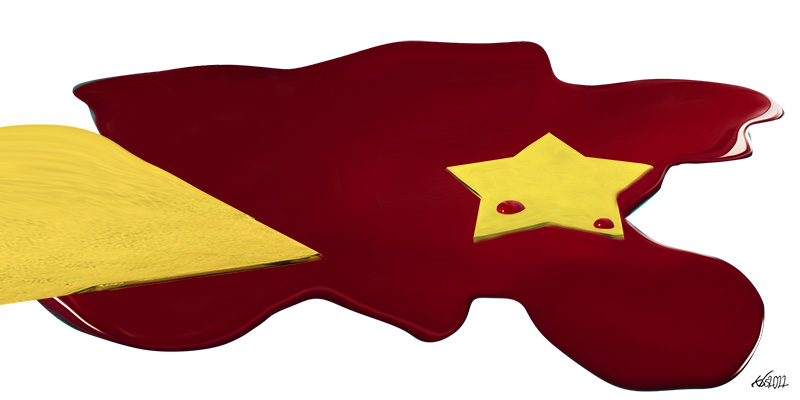 With its irreconcilable fundamental contradictions, Ethiopia lies behind the veil of nostalgic glorification of its unceremonious past. It is not an overstatement that countries like Ethiopia, obsessed with ultra-nationalist pride, live in past glories but are desperate about the future. Such political entities have little hope in their shared future and invariably look for a pretext to commit atrocities against their people and to launch aggression for the sole purpose of either creating a monolithic national image to the liking of the political elites or using the crisis as a unifying factor and to sustain the lifeline of the state.

After almost 23 years of attempts to transition from a unitarist empire to a federal democratic republic, Abiy Ahmed’s appointment as prime minister in 2018 has consolidated Ethiopia’s formation defects and accelerated the course of the country towards inevitable disintegration.

Abiy Ahmed’s government waged a premeditated genocidal war on Tigray using as pretext the holding of successful elections and the establishment of a legitimate government in Tigray. Ironically, the same government has indefinitely postponed the 2020 election and unconditionally extended its term with the support of a far-right political elite that has perfected the art of midwifing dictatorship and is hell-bent on returning Ethiopia to its imperial past.

A year of genocidal war on Tigray

More than a year into the genocidal war on Tigray by the Ethiopian and Eritrean joint defence forces, Amhara’s forces, and with the participation of foreign powers, the people of Tigray are completely under siege. And despite diplomatic engagements, international calls, and condemnations of Ethiopian and Eritrean officials, and the Amhara regional government, no meaningful, targeted actions have been taken to end the war on Tigray and ensure the withdrawal of Eritrean troops and Amhara militia. And nor has any meaningful action been taken to pursue a peaceful resolution to the political crisis and allow unhindered humanitarian access to avert famine in Tigray.

The international community’s response has not only been lacking coherent and concrete actions, but it has also demonstrated divergent interests. At the beginning of the war, its reaction was to recognize the narrative of the Abiy regime that the incursion was a law enforcement operation. Throughout the duration of the war, and despite calls for unhindered humanitarian access and the protection of human rights, the approach has been to blame all the parties to the conflict without any regard for their level of participation and level of accountability; at times it has been tantamount to blaming the dead for dying.

Following the rout of the Abiy regime and its allied forces in most parts of Tigray, including Mekelle on 28 June 2021, and the subsequent deepening of defensive strategic depth by the Tigray Defense Forces, coupled with the formation of an alliance with the Oromia Liberation Army and allied forces, the tone and sense of urgency of the regional and international players have dramatically escalated. The coordinated reaction, including by institutions that have been silent throughout the war, leads to suspicions that there are attempts to save the empire and the regime against the spirit of the constitution. Strikingly, while extending complete and unconditional legitimacy to the other parties to the war on Tigray, they have been reluctant to correctly address the government of Tigray by its proper nomenclature.

In an attempt to salvage the state, the international community, the United Nations Security Council, and the African Union Peace and the Security Council, in reaffirming their strong commitment to the sovereignty, political independence, territorial integrity, and unity of Ethiopia, have shown more regard for the interests of the significant players than for the aspirations of the Ethiopian people embodied in the Constitution. In procedure and substance, the future of Ethiopia should be addressed primarily within the framework of the constitution. The far-right Ethiopianists’ camp that the prime minister associates himself with are convinced that the Ethiopia they want to see cannot be built on a democratic order. Unsurprisingly, they are convinced that they are best served by a dictatorial regime that provides an unchallenged environment better suited for imposing their values. It is not a coincidence that they blindly supported the Haile Selassie imperial order, the Derg dictatorial regime and now the Abiy genocidal regime. In a nutshell, from the modus operandi of the political elite in power that has consistently viewed the installing of a democratic order as an existential threat to its survival, the prospect of holding up Ethiopia as a democratic republic would require a generous optimism. And yet the convening of an all-inclusive dialogue could regulate the constitutional state succession, with the constitution providing the rules of engagement.

No meaningful, targeted actions have been taken to end the war on Tigray and ensure the withdrawal of Eritrean troops and Amhara militia.

Equally, while the US and the European Union have declined to recognize the election process, the communiqué of the first meeting of the African Union Peace and Security Council on 8 November 2021 reinvented the strategic mistake made by the UNSC in its Resolution 2216 on the civil war in Yemen. Notably, the reiteration against any attempt aimed at unconstitutional change of government in concurrence with the African Union’s unconditional recognition of the sham election and the ‘‘new government’’ reinforces the utter bias of the African Union in salvaging the Abiy regime under the guise of the Obasanjo-led negotiation process. In this regard, if the AU-led process is to make any meaningful contribution, the policy organs of the AU should start by recognizing the parties to the conflict equally, leaving the legitimacy question to the domestic stakeholders, and limiting their levels of engagement until a legitimate government is established through an all-inclusive transitional arrangement.

It is public knowledge that one of the reasons for the war waged on Tigray, the arbitrary arrests and undue harassment of credible political party leaders and non-convening of elections in three regional states were an attempt to obtain legitimacy by force. In a statement on 30 September 2020, the government of Tigray made it clear that decisions and laws passed by the Prime Minister, the Council of Ministers, the House of People’s Representatives, and the House of Federations after the expiry of their mandate are null and void. Therefore, since the convening of an election presupposes having a constitutional mandate, the established government lacks constitutional and political legitimacy since the election was held by a regime without authority.

For any negotiations to succeed, the international community should refrain from deciding on the future of Ethiopia and attempting to salvage an irredeemable genocidal regime. Instead, it should give equal recognition to the parties to the conflict, leave the legitimacy question to the domestic stakeholders, and limit its levels of engagement until a legitimate government is established through an all-inclusive transitional arrangement.