Protests, Chaos and Uprisings: Lessons from South Africa’s Past 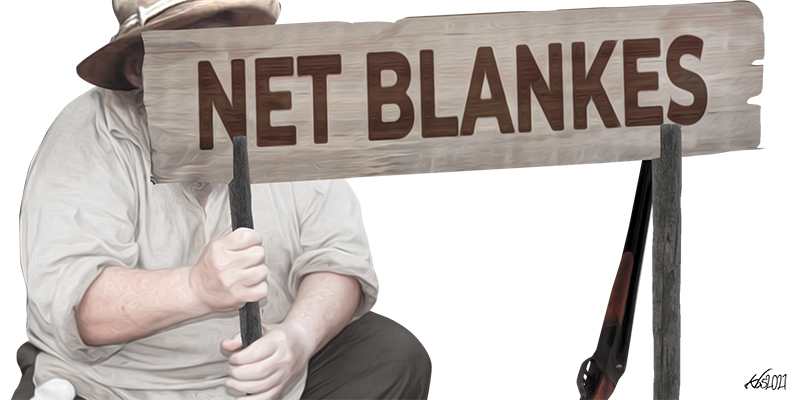 The current upheavals across South Africa are ostensibly in response to former President Jacob Zuma’s arrest (or surrender) on 8 July 2021. But contrary to the misinformation in circulation, Zuma was not arrested on charges of corruption, racketeering and for diverting state assets and resources to a circle of cronies including the Gupta family. His reluctance to appear before the Zondo Commission led Deputy Chief Justice Raymond Zondo, the Chair, to issue a warrant for Zuma’s arrest for contempt of court.

Protest politics in South Africa have a long history and protests have been deployed differently at different historical moments. Whereas protests were an important vehicle during the fight against apartheid, their resurgence and propulsion to the centre of the struggles in post-apartheid South Africa has come as a surprise to many. These so-called “service delivery protests” are said to be caused by community dissatisfaction with municipal service delivery and to lack of communication between councils and councillors on the one hand, and citizens on the other.

The African National Congress-led (ANC) government has been facing growing protests associated with economic contraction, and the dual pressures of a recessionary environment and rising unemployment. But while their grievances may be valid, citizens’ protests have been perceived as having a negative impact on government programmes, businesses, investor confidence and jobs. Indeed, the ongoing service delivery protests could be regarded as a self-defeating strategy in those areas that are more susceptible to them, mostly the municipalities located in the peri-urban areas.

Historians and experts argue that these types of riots are not merely random acts of violence or people taking advantage of dire circumstances to steal and destroy property. They are, instead, a serious attempt to force change after years of neglect by politicians, media, and the general public.

This article takes a historical view of South Africa’s current upheaval and suggests that this moment has been a long time coming.

The pre-1994 era was prone to mass protests and defiance campaigns, some sporadic but most coordinated by social movements. They include the two defiance campaigns of 1952 and 1989, in Gauteng, the PAC (Pan Africanist Congress) defiance campaigns that led to the Sharpeville and Langa massacres in 1960 and, of course, the 1976 Soweto student uprisings. These coordinated mass protests had a clear aim — the abolition of the apartheid laws which were central to racial segregation, white supremacy and the oppression of the majority black population.

The violent service delivery protests, which are mostly prevalent at the local government level, have been associated with the results of apartheid: marginalisation of the majority black population with regard to basic needs, including housing, clean drinking water, proper sanitation, electricity, and access to healthcare and to infrastructure. After the end of apartheid, the new democratic government led by the ANC inherited an unequal society and was confronted with protests against lack of basic services and systemic corruption at local government level. Some scholars and analysts have suggested that such unrest epitomises the dispossession of African people, precluding them from complete liberation in their own land and subjecting them to continued subjugation by their white counterparts.

The ongoing service delivery protests could be regarded as a self-defeating strategy in those areas that are more susceptible to them.

Various communities throughout the country have resorted to violent riots, destroying schools, libraries and the houses of underperforming local government councillors. One opinion is that service delivery protests are exacerbated in the informal settlements where poverty and unemployment are high, and where there is a lack of technical and managerial skills within municipalities beset by corruption, poor financial management, and a lack of accountability on the part of local councillors and municipal officials.

Public protests did not feature as prominently during the initial part of the Mandela   administration (1994–1999). The relative lull in public protests following the inauguration of the Mandela presidency in 1994 might have been a result of three key factors. One aspect is the negotiated settlement that gave rise to what is often characterised as a democratic dispensation, popularly and quite falsely  described as a new era  for South African people but which  rapidly  descended into  mass frustration. In the neo-liberal euphoria of the “new democratic South Africa”, the strategic power of mass protest action that had helped to remove the apartheid regime struggled to find a new footing. Protests were suddenly viewed as acts against the state and were vigorously discouraged by an ANC government that was increasingly detached from the broader population. The ANC-led administration preferred to mobilise mass movements as cheerleaders of government programmes and as a result, when   protests did take place, they were often state-managed to be peaceful, media-friendly events.

Another factor is that militant apartheid-era civic society formations were demobilised, which effectively weakened opposition to unpopular government policies and even brought newer NGOS into sharp disagreement with the government. Finally, the adoption of the pro-poor Reconstruction and Development Programme (RDP), which was aimed at redistributing wealth, was well received as a pacifying measure. However, in 1996, less than 24 months after the introduction of the RDP, the Growth, Employment and Redistribution (GEAR) macro-economic policy was adopted, signalling a shift to neoliberalism that prioritised the interests of big business over those of poor citizens. The adoption of GEAR led to the immediate loss of the few economic benefits citizens had received under the apartheid system.

Various social formations including the labour movement and civil society organisations accused the government of “selling out the people’s mandate”. Cost recovery was an essential part of GEAR, and this soon pitted indigent citizens against the government. While the shift to GEAR marked a radical change in how the government approached delivery of services and generated criticism from various quarters, it did not immediately trigger mass protest action mainly because the organisations championing workers’ and ordinary citizens’ rights were in alliance with the ANC. But the grounds were laid for future public protests.

In the neo-liberal euphoria of the “new democratic South Africa”, the strategic power of mass protest action that had helped to remove the apartheid regime struggled to find a new footing.

Some point to the FIFA World Cup (June–July 2010) as a tipping point. The country’s working poor came out in protest, angered by the commercialisation of municipal services and escalating poverty. Other factors that have been the cause of the so-called service delivery protests include the rising costs of basic services (clean drinking water, sanitation and electricity) as a result of the implementation of orthodox market policies, forced demolitions of informal settlements, disparities between luxury stadia and impoverished neighbourhoods and the gentrification brought on by the World Cup which has made inner-cities inaccessible to low-income informal traders.

This contradictory socio-economic policy framework has produced a highly fragmented regulatory structure, which has further compounded the socio-spatial unevenness of contemporary South Africa. The protracted low growth after the 2014 crash of commodity prices and various political scandals undermined the credibility of the ANC leadership. The national difficulties reverberated at the local level; after ruling Johannesburg for over two decades, the ANC lost the city to a coalition of opposition parties in 2016. The new mayor, Herman Mashaba, a self-styled libertarian entrepreneur, announced his commitment to “pro-poor” investments and to ending the arm’s length approach of municipal service providers.

Analysing the rationale behind the provision of basic services may help to clarify the uneasy categorisation of South African social policies and political discourse with respect to the neoliberal paradigm.

In the first quarter of 2021, amidst the social and economic devastation wrought by the COVID-19 pandemic, the South African Treasury announced, and subsequently defended, its decision not to increase the country’s extensive social grant payments — that now reach 18 million impoverished citizens — above inflation. Treasury officials have argued that a bigger increase in social welfare protection is simply not currently feasible given the country’s rapidly rising public debt — which has now breached the 80 per cent of debt-to-GDP ratio threshold — and investor demands for fiscal consolidation. This type of fiscal restraint is unfolding in a context of heightened wealth inequality and an official unemployment rate now above 30 per cent.

And, as is often the case — whether they have been peaceful, organised, or not — protesters have been largely viewed as looters, rioters and thugs. Feelings of righteous anger following a year of lockdown, precarious livelihoods, escalating state aggression, and hostile and often deadly policing are bound to have been co-opted by thuggish elements. But the dangerous shades of ethno-nationalism that originally seemed to fuel the riots cannot be left unexamined as they have an impact on how we think about the protests, just as terms like “uprising” and “upheaval” offer ways to think about the unrest as indications of a far deeper social, economic and political rupture.

The adoption of GEAR led to the immediate loss of the few economic benefits citizens had received under the apartheid system.

Reducing the unrest to a “looting spree” also averts attention from a state that has for 27 years been aloof and not interested in recalibrating the economic and social dispossession of the African majority. While President Ramaphosa seems lethargic and tone-deaf, he is no different from his predecessors in insisting on market-led policies, foreign-investor largesse and failed non-distributive economic policies. Add to this the small matter of the “missing” R500 billion. In April 2020, a stimulus package of 500 billion rand was announced. The money was meant to augment the existing social safety net that provides 11.3 million South Africans with monthly assistance for food and other social services. The Auditor-General has described the expenditure as irregular, noting the wrongful diversion of some of the funds to state employees through contracts. To date, the hectoring tone adopted by most public officials regarding this matter shows no sense of irony or self-awareness that their own hands are dirty.

Many analysts and observers inside and outside South Africa have predicted this moment for over fifteen years, evoking the Arab Spring as a cautionary tale. South Africa is not the only country going through a seismic shift. Haiti, Cuba, Swaziland, Zimbabwe, Myanmar, Mozambique and Hong Kong are all facing profound upheavals. But while South Africa elicits deep sentiments across the world, it is not immune to the complexities of state formation, fractured class interests and a leadership vested in maintaining the status quo.