Basic Structure Doctrine: Winds of Change for Constitutionalism in Africa? 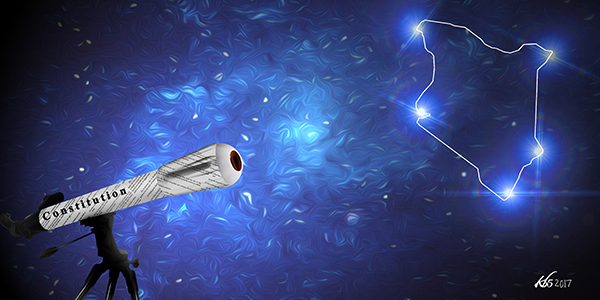 On 13 May 2021, a panel of five High Court justices unanimously adopted a significant ruling disqualifying The Constitution of Kenya (Amendment) Bill, 2020. The bill aimed to implement President Uhuru Kenyatta’s so called “Building Bridges Initiative” (BBI) and was supposed to be the most significant change to the state’s governmental structure since the constitution was adopted in 2010. It included the creation of 70 new constituencies, an increase in parliament seats, the selection of cabinet Secretaries from among members of parliament , the creation of a Prime Minister’s position together with Deputy Prime Ministers, and the creation of a Leader of Official Opposition in the National Assembly.

In a nutshell, the basic structure doctrine is a legal doctrine according to which even in the absence of explicit limitations on the constitutional amendment power, there are implied constitutional limitations by which the constitution should not be amended in a way that changes the basic structure and features of the constitution and its identity. The doctrine migrated from Germany to India, where it was accepted by the Supreme Court (see e.g. Kesavananda Bharati v. The State of Kerala and Others, AIR 1973 SC 1461), and from there migrated to other countries, in one name or another (see, for instance, the Slovak Constitutional Court’s “material core” doctrine).

The alteration of the constitution’s core would result in the collapse of the entire constitution and its replacement by another. This decision, however, is not left to the delegated organs, but to the people’s primary constituent power and it ought to be taken via the proper channels of higher-level democratic participation and deliberations.

The dramatic judgment of the Kenyan Court reflects this general idea very well.

According to the court, the sovereignty of the people in its constituent capacity is expressed in three layers. The first one, the Primary Constituent Power, is the extraordinary power to draft or radically change a constitution. This is, in the tradition of Sieyès, the immediate expression of the people. This authority is free and independent of any constitutional restrictions and is unlimited by the constitutional rules and procedures of the previous Constitution.

The Secondary Constituent Power is the constitutive authority for constitutional changes which are not material and therefore do not change the basic structure of the constitution. In Kenya, this power “is exercisable through a referendum subsequent to public participation and Parliamentary process” and may be exercised only in accordance with the procedure set forth in Articles 255-257 of the Constitution.

The basic structure doctrine, according to the court, protects fundamental aspects of the constitution from amendment by the secondary or constituted constituent power.

The Constituted Power is a delegated authority limited by the Constitution and derived from it. In Kenya, this limited power to amend the constitution is in the hands of the parliament.

The Court’s reasoning on this dimension of the primary constitutive authority marks an extremely important development. In Kenya, the court states that this power can be exercised in four stages: through civic education to provide the public with sufficient information regarding the possibility of participating in the process of establishing or amending the constitution; through public participation, in which the people share their positions on constitutional issues; through deliberations in a Constituent Assembly for the formulation of constitutional ideas through representatives specially elected for establishing or amending the Constitution; and through a referendum for the adoption or rejection of the constitution or the amendments to the basic structure of the constitution.

As the notion of constituent power is returning to the front stage of current constitutional theory (see for example only recently: Arato,  Colón-Ríos, Rubinelli, Arvidsson, Brännström & Minkkinen,  Spång, Patberg, and López Bofill), this amplification of the  various stages through which the people’s primary constituent power can be democratically initiated and exercised, provides an important contribution and a ground for both scholarly work and for future constitution-drafters and courts.

The historical point is interesting. According to the court, the 2010 constitution-making process served as a “model . . . of participatory constitution building process” and was a response to the previous “culture of hyper-amendment, especially under one-party states where the constitution was frequently amended for every-day politics which is a mark of what Okoth-Ogendo described as “Constitutions without Constitutionalism”.

Considering this constitutional history of struggle for popular participation in constitution-making and change, and the hyper-amendment culture, the court notes that “these principles of interpretation, applied to the question at hand, yield the conclusion that Kenyans intended to protect the Basic Structure of the Constitution they bequeathed to themselves in 2010 from destruction through gradual amendments”.

This latter emphasis on “destruction through gradual amendments” is especially important in the current era of populist constitutionalism in which constitutional democracies are eroded through subtle and gradual means, by a “straw that broke the Constitution’s back”.

Apparently, an appeal of the court’s decision will be filed at the Court of Appeal, but it is difficult to predict how the matter will be decided. On the one hand, affirming the decision would mean going against a strong political leadership based on a substantive rather than a formal interpretation of the constitution. On the other hand, the High Court discussed all the issues comprehensively and convincingly, and it might be difficult for the court to go against such a grounded decision that guards constitutionalism and the people’s constituent power. Gitobu Imanyara writes that:

“The . . . court has saved our hard-won constitution from the most serious assault it has faced during the ten years of its existence. The culture of rule of law and constitutionalism that our country is settling into has been entrenched.”

“This decision sets a tempo in our constitutional democracy. It tells the wielders of state power that they are subject to the Constitution, reminding Judges that it is their duty to protect and safeguard the Constitution and its aura.”

Beyond the implications for Kenya, this ruling could have wider implications in Africa. It might signal the prospect for the much needed consolidation of constitutionalism and democracy in Africa. The news of the dramatic ruling will have already reached courts in other countries of the continent such as Zimbabwe, where the High Court recently held hearings concerning petitions against constitutional amendments. And indeed, two days after the Kenya decision, on 15 May 2021, the High Court of Zimbabwe declared that the decision of President Emmerson Mnangagwa to extend Chief Justice Luke Malaba’s tenure by five years through a constitutional amendment was invalid because it breached the constitution.

Perhaps these judicial decisions signal the winds of change for constitutionalism in Africa.