Some Countries Are More Equal Than Others: Inequality in the Age of COVID 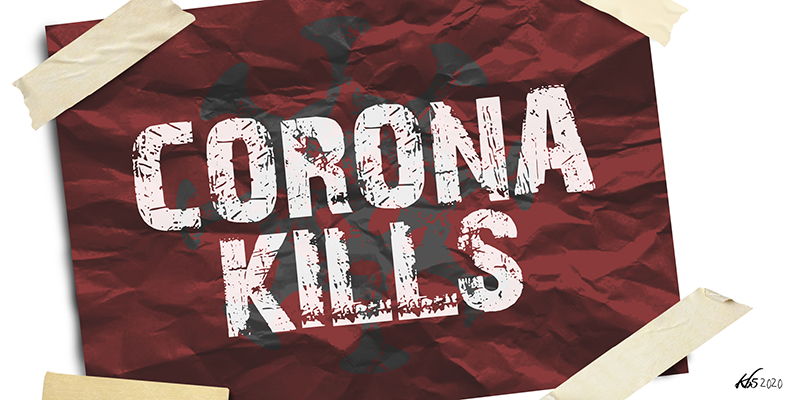 Driving down the fabulous Acacia Avenue parallel to Kololo hill in Kampala (the neighbourhood known for being the poshest of the posh) late on a Saturday night, the clubs are hardly unnoticeable. Dozens of cars fill the outside parking, bouncers walk the inebriated out to the street by the elbow and the dull echoes of bass lines filter out onto the trafficless tarmac.

Like it or not, safe or not, Kampala is taking reopening into its own hands. The curfew is still “strictly” imposed at 9 p.m. although the cops are said to be getting less lenient and more likely to attempt to tackle passengers on after-hours boda bodas and quicker to pull the gun on unwitting rule-breakers to better induce a quick handover of Ugandan shillings. The behaviour of the police has become so over the top in recent weeks that it almost seems as though they know that the curfew could soon be ending and are trying to cash in as much as possible before the plug is pulled. There are reports of heavy-handed police behaviour, not only arresting people and jailing them, but then holding onto IDs and remanding individuals in prisons outside of Kampala.

Talk to nearly anyone in Kampala and they’ll all tell you the same thing — that the curfew is far more a political measure than it ever was about the coronavirus threat. Across Uganda, before everyone scatters off into the wind to beat the curfew, the entire nation seems to be operating as normal; the markets are full, people hop mask-free onto matatus and big  church services take place unimpeded.

That is the trouble with the current state of COVID-19 restrictions in Uganda; too much falls through the gaps, rules are bent as though they’re meant to be bent, and all the while the economy of Uganda is quietly falling into utter disarray — a pattern that is becoming the norm across the East African region. So now, as most countries in the world are hovering around the one-year anniversary of the beginning of pandemic lockdowns, it has become more clear that the “Western” model of lockdowns adopted by countries like Uganda and Kenya has simply not worked — and the fall-out will surely be felt for years, if not decades, to come.

March of 2020 saw the pandemic spiral out of control, with dozens of countries announcing lockdowns, curfews, business closures and other measures to try to stem the tide. Some nations, like South Korea and New Zealand, did a remarkable job and have all but contained the situation (and, frankly, had done so by May of 2020). These countries, however, were revealed to be outliers in the global community as most countries found their own methods of failure and leaned strongly into them. These include two of the most influential countries on earth, the UK and the US, both of which took arguably the worst direction they could possibly take and have spiraled into chaos as a result — that of inconsistent, slow and inadequate “half-measures”. In the UK’s case, it was the initial leaning into the concept of “herd immunity” for the population before pulling back and shutting down too late. In the US it was the exact confluence of systemic problems that caused this pandemic to tear down the façade of the “most powerful nation on earth” by way of killing over half a million people and decimating the economic status of tens of millions while politicians complained incessantly about money.

Unfortunately, Uganda seems to be borrowing largely from the failed policies of these two nations and has suffered immensely for it. If nothing else, the intensive measures taken, and their incompleteness have proved to be a sort of litmus test for the failures of neo-colonial influence. Museveni has long been known to have extensive ties with the West and, as with other developing nations, Uganda took the advice of foreign diplomats, external policy, and the NGO apparatus into careful consideration when outlining Uganda’s COVID-19 response, drawing sharp criticism from political opposition figures including Bobi Wine, who called for less short-term solutions and more long-term systemic changes to Uganda’s healthcare system.

Now, over a year in, the effects of the pandemic in Uganda have been largely muted, and potentially underreported in terms of case numbers and deaths. Despite the opacity of the information, the actual human toll has been far less than initially projected by a myriad of global media outlets in the early months of the epidemic.

That isn’t to say that the narrative has not continually shifted, with leading voices in Western medical, diplomatic and academic spheres being repeatedly mystified that the pandemic hasn’t impacted the African continent as it has the “leading democracies on earth”. Moreover, cases are also clearly rising in Kenya, and President Magufuli of Tanzania — one of the leading coronavirus deniers on the continent if not the world — recently died of heart failure days after finally admitting during a church service that the pandemic was real. The issue is clearly a real one, but that isn’t to say that it is not deeply complicated and unexplored, even by leading experts.

Right now in Nairobi, queues for the vaccine are lengthening, but diplomats are allegedly being given preferential priority for the jabs alongside frontline medical workers. Vaccines are being openly hoarded by several of the richer nations of the world, even as  COVID-19 variants continue to pop up to potentially plunge the world back into turmoil just when there is a “light at the end of tunnel” following the development of vaccines (at least in the West, which has blocked vaccine access schemes, preferring to back the profit motives of pharmaceutical giants.)

If there is anything positive to have come out of this pandemic, it is the illumination that many leading powers and voices around the world (such as the US, the UK and the WHO) might not know best, let alone have the best interests of developing nations at heart. Whether or not this will lead to some sort of paradigm shift is altogether too far off to see, as we’re all still caught in the middle of the pandemic maelstrom.

A popular retort that many an American politician likes to resort to is: “it’s the economy, stupid!”. That most of the elected officials in Washington DC who like to use it tend to act with shocking economic obtuseness immediately thereafter is almost irrelevant. The phrase is not merely applicable to the American condition, but can be applied to any company, society, country, region or system. In a largely capitalist world, money makes all things go round and impedes many from trying to jump into the fray.

It has never been more starkly clear that the global financial structures are inherently flawed than in the last year of the COVID-19 pandemic. A case in point the ugly situation surrounding testing for coronavirus within the East African region.

If there is anything positive to have come out of this pandemic, it is the illumination that many leading powers and voices around the world might not know best.

While testing is available, it comes at a cost, a cost that is simply irrational for many people to bear. Unlike the free voluntary counselling and testing systems that helped to get the HIV/AIDS epidemic under control within the region, the COVID-19 testing systems within East Africa are largely preferential in nature; skewed towards the elite, the upper middle-class and the expatriate community in terms of access and availability.

Large foreign-funded organisations in places like Kampala have protocols in place to routinely test their staff, inevitably turning up positive cases as a result. The positive staff are then generally instructed to home-quarantine, where it is unclear if there are monitoring measures in place to ensure that the elderly house help is not allowed to come in to do the ironing. For her however, a “flu” that her neighbours don’t believe to be real might not be worth the risk of losing potential income during the two weeks her client is in quarantine.

And there’s the rub, that the coronavirus crisis comes with a brutal layer of classism ingrained within it. In the US, depending on their political affiliation, the upper classes either criticise individuals who try to continue running their businesses despite government orders or lambast government orders while staying at home. Both political sides of the upper class coin get takeout pizza delivered by a minimum wage driver and get the latest political tell-all book delivered by an Amazon worker who is employed at a crowded “fulfillment center” just far enough away to be out of sight and out of mind.

The cheapest test at a private clinic that I found in Uganda costs USh150,000 (US$41 or KSh4500 Kenyan). The last time the minimum wage was raised in Uganda was in 1984 when it was raised to USh 6,000 per month. Granted, no employer would dare offer such a pittance as a monthly wage in 2021, but ask yourself, would a waitress earning a USh600,000 monthly salary use a quarter of her take-home wages to get a test that may end up negative?

It is the economy, stupid.

The Kenyan government recently released further information about the rollout of the vaccination plan for the country, stating that it aims to have only 30 per cent of the nation’s population vaccinated by June of 2023.  That is more than two years away at the time of writing, which begs the obvious follow-up question: what is everyone supposed to do until then? Will the rich nations in the West vaccinate the majority of their populations by July of this year and then continue to hoard doses from the rest of the world just in case?

It has never been more starkly clear that the global financial structures are inherently flawed than in the last year of the COVID-19 pandemic.

It is to reflect on how the vast majority of East Africans would cope if, for instance, the curfew was maintained for another two years. Apart from the psychological damage this would cause, the economic prospects for the region’s youth, in particular, would be perhaps irreparably damaged (and may already have been after a year of COVID-19 measures). This may be coming across as some sort of conservative pro-business stance, but I assure you this is far from the case. COVID-19 is real, it has killed millions and none of us knows just how deep the damage truly is.

The stark reality is that the economic realities of different nations are, well, different. COVID-19 funds to the tune of billions of shillings were famously “eaten” in Kenya. It is unclear whether the IMF will lend any more stimulus funds to Rwanda. Tourism numbers in Uganda have come dramatically down and are far below the rates seen in 2019, even six months after the country re-opened its borders to foreign visitors. It is a question of what the endgame will be, and how equitable it will be once the world crosses the post-pandemic threshold.

At present, it seems that the global economic systems, those of the neo-liberal ilk, the global powerbrokers, the spectres of the 20th century paradigm, are still winning out. This is frankly a horrid scenario, for if the world has been made to suffer so greatly, the livelihoods and health of billions disrupted, then the greatest shame would be to learn nothing and change even less. If the global “norm” is to revert to the ways of 2019, then truly the COVID-19 pandemic will have been a tragedy that will only grow uglier as, onion-like, its many layers are revealed in the months and years to come.