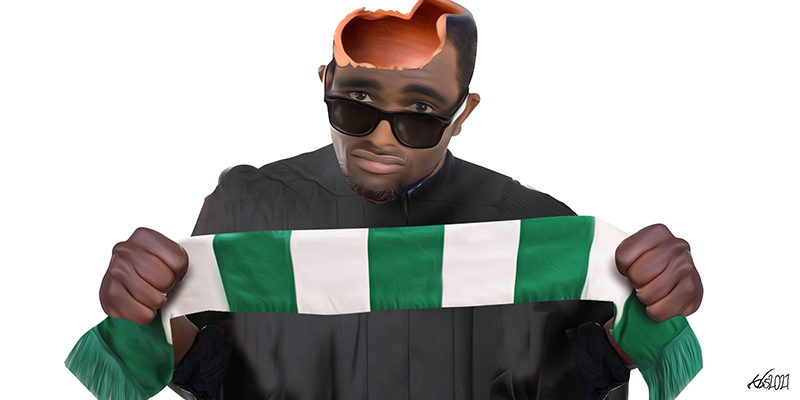 Nigeria’s #EndSARS movement has been hailed as a new generation’s attempt to challenge the status quo. Its ability to transform online disaffection by its youthful population towards offline protests and direct action has resulted in it being treated as the most formidable opposition to the Buhari administration.

While this is not the first movement to have transformed online angst into visible activism on the streets of urban centers (there was #OccupyNigeria in 2012 against the petroleum subsidy), the depth and breadth of people and organizations (such as the Feminist Coalition, Gatefield Media, and Amnesty International, among others) that participated in and backed the protests is unrivalled. #EndSARS has mobilized the middle class—a group notably indifferent to Nigeria’s political elites’ machinations or, at worst, active collaborators with them.

Discussions on where #EndSARS could and should go have excited political commentators, members of the movement, and the general public especially after the end of most protests across the country. An interesting suggestion that has gained ground is for the movement to carry out mass education programs to the working class and the urban poor, ostensibly to inform these groups of the repressive nature of the political elite.

The reasoning behind this approach is insinuations that these groups are the Achilles heel of efforts to challenge the elite. The belief that members of the working class, urban, and rural poor elect members of the political elite solely because they have been able to mobilize them either on ethnic terms or by financially inducing them has allowed this idea to gain currency.

Since the nation’s return to democracy in 1999, the middle class has collectively stepped away from the electoral space. This is evident in its inability to create a party platform that can attract the working classes. The working and urban poor, on the other hand, are more likely to vote, be party members, participate in the democratic process, and to protest injustices that impact them disproportionately.

The purported renaissance of Nigeria’s middle class post-1999 was expected to entrench democratic norms and ideals. The proliferation of local civic society organizations to tackle endemic issues, such as corruption (Budgit, NEITI), the electoral system (YIAGA) and bad governance (EIE), seemed to emphasize the emergent possibilities of citizen action toward creating a more representative governance system.

In reality, Nigeria’s middle class are unwilling to act, despite bearing a significant brunt of the political class’s governance programs that have ensured their decimation and impoverishment—such as those that have reduced public sector spending, results of which are clearly apparent in the nation’s poor healthcare system and substandard educational facilities; others that have sought to perpetuate corruption, such as the security vote system that sees state governors spending public funds that are not subject to legislative oversight or independent audit.

The regressive agenda of gender inequality goes beyond mere utterances (the current Nigerian President once stated that his wife belongs in the kitchen and the bedroom in a meeting with German Chancellor Angela Merkel). Nigerian women suffer some of the highest maternal mortality rates, with legal structures still restricting their basic rights and only four percent of elected officials are women.

Yet, the middle class has imbibed the belief that less government is better and has set out to interact and participate with governance in a “limited capacity.” Those that participate appear content to serve as technocrats to provide intellectual backing and lend professional gravitas to the repressive policies pursued by the state. The middle class has championed the status quo by preaching the gospel of economic development in spite of the government by highlighting the various problems that the country faces.

They erroneously promote the belief that the country’s economic stakeholders have earned their positions as a result of their business savvy or prowess. Their determination to view the country’s dire economy through rose-colored spectacles and dismiss the structural realities of the Nigerian state—where a clear majority of economic activities focuses on seeking to profit from government dysfunction—are upheld. Quite often they go as far as highlighting the various handicaps, but position them as business opportunities that can be solved by foreign direct investment, limiting the role of the government to create an “enabling environment.”

The refusal of the middle class to tackle the regressive agendas of the ruling elite has led to the latter being let off the hook: The middle class is instead viewed as the tool that functions in the subjugation of the working class. In fact, they are the visible representation of a country that is designed to work for a few at the expense of many. The historian David Motadel rightly notes the activities of American and European middle classes, which have actively championed conservative nationalism and authoritarian leadership over centuries—in essence, positing that middle classes in Africa are also disinclined to push for democratic reform.

Yet, in Nigeria, middle class activist history is a little more complicated. While the nationalist movements resulted in power being handed over to a political elite, the actual struggle comprised of various groups, and utilized western social and political ideals in the fight for independence. Coleman’s study of Nigerian nationalism notes that middle class individuals, such as Herbert Macaulay, an engineer and journalist, and Ernest Ikoli, also a journalist, founded and led political organizations and movements while training and mobilizing countrymen around the values of nationalism. Funmilayo Ransome-Kuti’s Abeokuta’s Ladies Club (later the Abeokuta’s Women Union) took on the Native Authority System administering British indirect rule.

During the struggle for democracy this professional class built linkages with organized labor and provided intellectual support for the movement. Individually and collectively, through groups such as the Academic Staff Union of Universities (ASUU) and the Nigeria Bar Association, the middle class worked to reform the electoral process, reform institutions of governance, and build networks to protect these reforms. Some might argue that we owe our fraught but enduring democracy to this iteration of the middle class.

It is clearly in the interests of the middle class to rid the country of a political elite that has shown that itis not only anti-intellectual but also willing to cannibalize the cosmopolitan culture and entrepreneurial economy that the middle class holds dear. The incremental improvement in governance that the middle class considered as fait accompli with the return to democracy in the fourth republic has not occurred. On the contrary, there has been a rotation of vivid and subtle tyranny.

Signs of a middle-class awakening abound. The 2019 elections saw the emergence of “third party” candidates to challenge for the presidency. While these efforts were ultimately unsuccessful, they highlighted that a growing number of the middle-class Nigerians are unwilling to endorse the status quo. Organizations such as ASUU, for example, continue to challenge the gravely unjust system, by forcing the government to recognize the need for increased funding in public universities.

So where does the middle class go? Perhaps the #EndSARS protests and even the riots provide lessons for the middle class and offer opportunities for introspection among members. Jamaica and the Rodney Riots provides a vision for a possible future. In 1968, Walter Rodney was banned by the Jamaican government from re-entering the country to continue his teaching and research at the University of West Indies.

Rodney, an academic who had pulled no punches in criticizing the middle-class became a symbol for a protest movement that brought together what Klug describes as: young people, middle-class intellectuals, and working class Jamaicans. The Rodney riots and the alliance it birthed is credited with the victory of Michael Manley’s People National Party win in 1972. Could the enduring effects of #EndSARS be the beginning of a broad alliance against an irresponsible political elite that has shirked all pretensions of being responsible to the people?

The focus of political education programs must target the middle class and should be executed in tandem with members of the middle and working classes. Erroneous beliefs, such as the country being solely organized on ethnic or religious lines, must be tackled and the need for an independent media outside the hands of the political elite must be emphasized. We must promote and encourage debates around the pervasive reasoning that the only way to win political elections is by amassing funds from the private sector or by playing groups of the political elite against each other. Finally, and most critical, is the need for organization / mobilization of the middle class in their places of worship, workplaces, professional organizations, and communities.