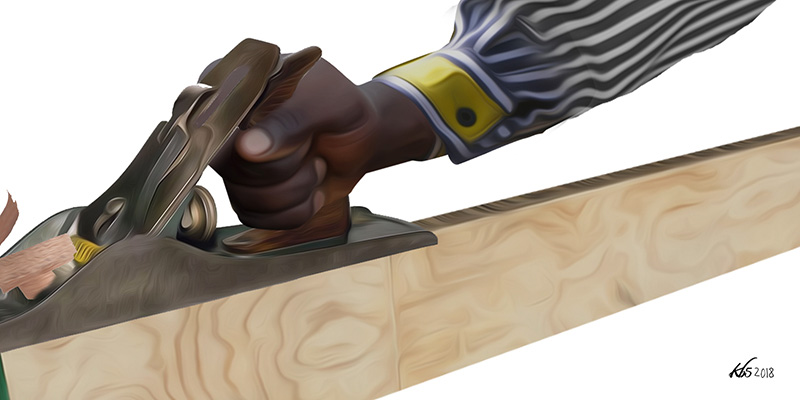 “Arrest them!” Across the globe, this is the popular demand whenever someone is accused of wrongdoing. Two weeks ago, the reigning Formula One champion, Lewis Hamilton, appeared before the press wearing a T-shirt emblazoned with the words “Arrest the cops who killed Breonna Taylor” – a reference to an incident six months ago in which US police shot and killed the unarmed African American in her own home during a drug bust. In Kenya too, demands for arrests are an almost involuntary reflex reaction whenever vices like murder, rape, robbery, poaching or corruption rear their ugly head.

We rarely give thought to this identification of incarceration with punishment and the consequences of doing this. Especially on the African continent, confinement as a form of punishment was largely unknown prior to colonialism. Jails, which did exist in some pre-colonial kingdoms, were established for the purpose of holding either suspects pending trial or convicts awaiting their fate.

Still, for much of the continent, the experience of confinement was a product of colonialism. Yet there does not seem to have been much resistance to the idea of incarcerating people. It is somewhat strange considering, as historian Daniel Branch observed, “prisoners were serving sentences in institutions with no historically derived meaning, having been convicted for activities that they would not themselves consider offences”.

Places of incarceration did form sites of activism and resistance – one here thinks of the March 16, 1922 protests at the Nairobi police station against the arrest of Harry Thuku, which were led by Mary Muthoni Nyanjiru and which resulted in the massacre of at least 21 and perhaps as many as a hundred protesters by the police and colonial settlers. However, one does not generally come across tales of attacks on colonial prisons in the same manner as, for example, the Nandi attacks on the “iron snake”, the colonial railroad foretold, the legend goes, by their fourth Orkoiyot, Kimnyole (who would ironically be stoned to death by Nandi following a sequence of failed predictions).

“There’s quite a lot of evidence to suggest that the removal of ‘criminals’ was welcomed – even if they had been convicted by a colonial justice system,” says Prof David Anderson. “Colonial goals were certainly sites of oppression, but they also served a social function of which some Africans approved.”

Still, for much of the continent, the experience of confinement was a product of colonialism. Yet there does not seem to have been much resistance to the idea of incarcerating people.

The seemingly rapid acceptance of incarceration as a mode of punishment was perhaps aided by the relatively permeable membrane that was the prison wall — at least for petty criminals who made up the bulk of the inmate population in Kenyan prisons in the early days. Branch documents prisoners hosting their families for tea, being allowed to go for strolls in town or brew their own hooch. And though life on the inside may have been brutal, so increasingly was life under colonial occupation on the outside.

Exceptions were made for individuals whom the colonial government viewed as a threat to their control, in which case incarceration was accompanied by deportation following ordinances enacted in 1923 empowering the governor to detain anybody and deport people from one part of the territory to another. Harry Thuku was, for example, deported to Kismayu following the Nairobi massacre and in the 1930s, as related by Prof Anderson, “the entire Talai clan was deported from the Kipsigis Reserve and detain[ed] indefinitely in an alien and inhospitable area of Nyanza province in what was, in effect, an open prison”. This followed attacks on symbols of colonial authority, including Europeans and Asians as well as chiefs and their assistants, including what came to be known as the Kinangop Outrage – the killing of a white settler, Alex Semini, and the assault on his wife during a bungled robbery.

Even as prison conditions deteriorated markedly during the Mau Mau Emergency and after independence, attitudes towards incarceration did not change. Although Kenyan prisons continue to be heavily criticised by international groups for neglect, violence and abuse of human rights within the system, there has not been a popular movement for prison reform. The sporadic attempts at improving prisoner welfare have been led by a few religious and civil society groups and state officials, most notably former Vice President Moody Awori’s reforms in the early 2000s. However, they have yielded few tangible improvements and, more importantly, have not translated into public pressure for reform or even abolition of the prison system.

On its part, the state’s attitudes towards incarceration have barely budged. The recent arrest and detention of two legislators for “insulting” the president and his mother were telling. Following a model of harassment practised against activists, journalists and ordinary citizens, rather than requesting the two to come to the police station and without bothering with a warrant, contingents of cops were sent to haul them in. The courts thereafter sanitised this by allowing them to be held longer as police “completed investigations”. This abuse of the police powers of arrest and detention continues despite constitutional guarantees of liberty, presumption of innocence, freedom from arbitrary incarceration and bail.

Tens, perhaps hundreds, of thousands of Kenyans who have been convicted of no crime continue to spend days, weeks, months and even years in police or remand jails. The National Council on the Administration of Justice (NCAJ) points out that the Kenyan police have abused their powers of arrest “to harass Kenyans, especially the poor, vulnerable and marginalised individuals without sufficient legal knowledge to defend themselves or sufficient resources to either bribe the police officer to be released or to hire a lawyer to represent them in Court”. The scale of arrests is humongous. An audit by the NCAJ found that 145,000 people had been detained in just 15 of Kenya’s police stations between 2013 and 2014. That suggests that a total of 10 million people, or one in every five Kenyans, are arrested by the police every two years. This is in addition to the nearly 30,000 currently being held in remand, who constitute half of the prison population.

There have been recent attempts to decongest the jails by encouraging, for example, alternative dispute resolution mechanisms, plea bargains and non-custodial sentences. However, the efficacy of these are undermined by the fact that Kenyan courts, like the police, continue to treat liberty as a privilege to be earned rather than a right to be protected. Although four years ago the High Court declared unconstitutional the police practice of arresting “suspects” and then asking the courts for more time to complete investigations before charging them, judges and magistrates continue to indulge this practice, as we have seen.

An audit by the NCAJ found that 145,000 people had been detained in just 15 of Kenya’s police stations between 2013 and 2014. That suggests that a total of 10 million people, or one in every five Kenyans, are arrested by the police every two years.

Even more egregiously, an audit by the Office of the Director of Public Prosecutions revealed that courts routinely issue unaffordable bail and bond terms and that 90 percent of the suspects, who are legally presumed innocent but end up spending an average of one year in pre-trial remand, have actually been granted bail or bond but are too poor to execute them. In a country where nearly half of the households earn less than Sh10,000 per month, and where, as we have seen, the poor make up the vast majority of those targeted by the police, only six per cent of those in pretrial custody had been granted bail amounts below that figure.

In short, in the name of fighting crime, Kenya continues to deprive millions of its citizens of the right to liberty and to hold many of them in inhumane and deplorable conditions for extended periods of time. Yet this has not resulted in a significant decline in the crime rate over the last decade, with the rate of intentional homicides hovering between 4.5 and 5.5 per 100,000 according to the World Bank. So if arrests and incarceration are not working, why do we keep doing them? Are there viable alternatives we can explore?

Clearly, the Kenyan state continues to arrest and imprison Kenyans simply because it knows no better. From its founding in the colonial period, brutal incarceration has been the primary means by which the state has engaged with its citizens. Without fundamentally reforming and rebuilding the logic of the state, changing how it deals with Kenyans will be impossible. This reimagining of what the state could be and its relationship with the people is the work that the 2010 constitution called on us to do but that seems to have barely begun a decade later.

Faithful implementation of the spirit and letter of the 2010 constitution would end the prison state. Arbitrary arrests would be a thing of the past and confinement would be a last resort. If judges took the prohibitions against “cruel, inhuman or degrading treatment or punishment” seriously, they would stop sending suspects and convicts to violent, overcrowded, unsanitary death prisons.

As for alternatives to arrest and imprisonment, these are legion and would immediately become apparent once we sorted out the state. For one, Kenya could look to her pre-colonial past for ideas on how to deal with crime. At that time, criminal justice systems were more focused on restitution and reconciliation rather than punishment. They “were victim rather than perpetrator-centered with the end goal being compensation instead of incarceration” notes Prof. Jeremy Sarkin. It was only on the rare occasion when the crime was either sufficiently grievous or the offender had exhausted the society’s patience that severe penalties, including ostracism, banishment or death were imposed.

Brutal incarceration has the primary means by which the Kenyan state has engaged with its citizens. Without fundamentally reforming and rebuilding the logic of the state, changing how it deals with Kenyans will be impossible.

Saying that we could learn from the past does not necessarily mean we need to replicate their methods or that our ancestors had it all figured out. It just means there are lessons and attitudes to be learned about dealing with crime that could be adapted to modern times. One of this would be to discard the idea that all, or even most, wrongdoers and suspects have to be walled off from society and condemned to spaces of unimaginable suffering, humiliation and death.

Non-custodial sentences, especially for non-violent crimes, should be the norm. Community service orders in addition to having offenders pay compensation to their victims rather than fines to the state could be other innovations we could borrow from the past. Restitution, resolution and reconciliation should be preferred above retribution.

Granted, even with such reforms, there might still be a place for police cells, jails and prisons. If so, it would be a much smaller place. And one that is more befitting a space for the rehabilitation for habitual offenders than what we currently have.