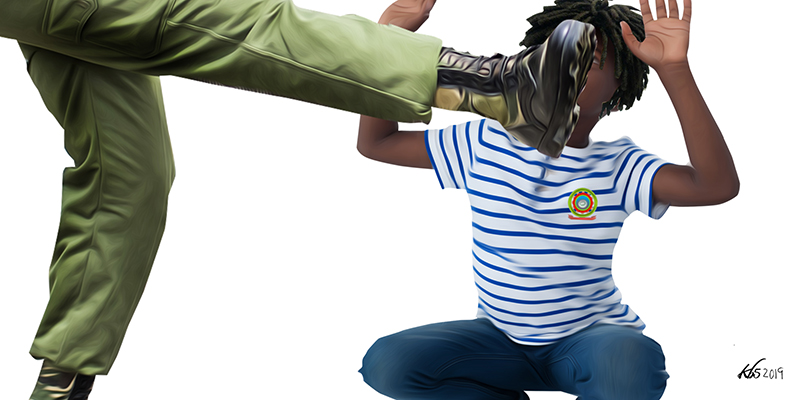 One of Tanzania’s presidential aspirants in the country’s upcoming general elections was forced to address the nation from the Belgian city of Tienen, where he has been based for three years since he survived an assassination attempt that took place in a broad day light in the vicinity of the Tanzanian Parliament in the capital Dodoma in September 2017. Tundu Lissu, who is on a ticket of the main opposition Chadema party and who once served as the president of the Tanganyika Law Society (TLS), is one among several Chadema members who have declared an interest to challenge President John Magufuli in the October polls.

Lissu has decided against coming back to Tanzania due to reasons that are obvious to observers of Tanzania’s political developments. The former Singida East MP, whose representative status was revoked by National Assembly Speaker Job Ndugai, says, understandably, that he cannot come back to the country while the fate of his personal safety hangs in the air. He wants the government to commit itself to providing him with security, something that the latter has so far declined to do.

Lissu’s fear of returning to Tanzania is exacerbated by the fact that more than thirty months since his assassination attempt took place, absolutely no one has been brought to book in connection with the incident. This is why some have questioned the government’s willingness to investigate the matter and have the perpetrators brought to justice. Some have used this as proof to support their argument that the government may even be the one responsible for the crime.

Lissu’s ordeal of reflects the growing irrelevance, uselessness and unpopularity of the increasingly reactionary security organs in Tanzania, particularly the colonial-era Police Force, which has been responsible for the ongoing securitisation of the country, a phenomenon which has notoriously become famous for its role in blocking social and political movements in the country, as well as being used to terrorise people who exercise their constitutionally-guaranteed freedoms of expression and assembly. The Police Force in Tanzania has worked hard at maintaining the status quo even at the expense of bigger national interests which, unfortunately, the ruling elites tend to confuse with government interests.

I don’t mean to suggest that police brutality and securitisation of political and civic space are new phenomena in Tanzania; the reality is that they are as old as Tanzania itself. However, any observer of developments in Tanzania will be familiar with the spectre of unprecedented abductions, killings and disappearances that have rocked the country since 2016. Some of the victims have been critical of President John Magufuli’s administration. These include activists, students, journalists, as well as politicians, both from the ruling Chama cha Mapinduzi (CCM) party and the opposition. Entire communities are being terrorised and laid under a constant military siege in the name of the “war on terror”. (See the entire list of people who were reportedly gone missing here. Some of them returned while others’ whereabouts remain unsolved mysteries.)

Any observer of developments in Tanzania will be familiar with the spectre of unprecedented abductions, killings and disappearances that have rocked the country since 2016. Some of the victims have been critical of President John Magufuli’s administration.

These incidents have been very well documented by many media outlets (see here) and human rights organisations (here), big and small, international and local, and have been among the issues responsible for making Tanzania very famous around the world, albeit for the wrong reasons.

Perhaps the major cause for this infamy is not the occurrence of the incidents but rather the response of the government, particularly the Police Force, which has been characterised by sheer insensitivity and carelessness. Despite the incessant demands from human rights activists and the general public to have these incidents investigated and to bring their perpetrators to justice, the Police Force has not shown any interest to heed these demands and, when questioned about them, its normal response is: “The investigation is ongoing.”

It is against this ominous background that I’m convinced that, far from protecting the people as they claim, Tanzania’s security organs, particularly its century-old Police Force, have been the single major threat to public safety in Tanzania. By violently suppressing people’s efforts to organise themselves in the fight against forces that are responsible for their miseries, including the neoliberal state under the ruling CCM, the securiy organs are preventing the genuine political and economic liberation of the people of Tanzania.

The Tanzanian police, for example, has been used to enforce President Magufuli’s unconstitutional ban on political rallies and the people’s right to assembly in the country, an excuse that they have been using to storm into opposition parties’ meetings to arrest and detain their leaders. The police has also have been instrumental in protecting capital, both local and international, and take part in suppressing workers’ demands for better working conditions from their employers.

The police has been so vicious against citizens that any collective effort now on the part of the citizenry in demanding accountability from leaders seems impossible, thanks to the police’s efforts in cultivating fear of the government among the people. People still remember images of the riot police conducting open exercises in the streets of various towns in the country in 2016 in the wake of an announcement of a nationwide demonstration planned by the opposition Chadema party to denounce what it termed then as increasing dictatorial tendencies in the country. (Thanks to the police’s intimidation of the populace, the demonstration never took place.)

The police has been so vicious against citizens that any collective effort now on the part of the citizenry in demanding accountability from leaders seems impossible, thanks to the police’s efforts in cultivating fear of the government among the people.

The securitisation of the country has allowed the government to pass various pieces of draconian legislations, the latest ones being the ban on public interest litigation, as well as a law that gives top leaders, including the president, immunity against prosecution for any action taken while in office.

A number of recommendations on how to reform the Police Force have been put forward by various actors. Of particular interest is the suggestion by Tanzania’s human rights activists of the need to form what they call “an independent oversight body” to police the police. The suggestion is based on the assumption that the police cannot be allowed to listen to the concerns about the behaviour of its officers as that contradicts the principles of fairness and impartiality. The independent oversight body would thus be tasked with dealing with these issues and dispensing justice where justice needs to be served.

While it is undoubtedly true that this measure would help rid the force of rogue elements, it would not necessarily transform the police into an institution that protects people and their rights. Kenya, whose police force remains one of the most vicious in the region – despite having an independent oversight body – can attest to this fact.

In its “About Us” section on its website, the Tanzania Police Force has left the section on its history blank. Whether the decision was deliberate or accidental does not matter; what matters is that the Tanzanian Police Force has nothing to be proud of in its history nor should the people it claims to be protecting have any pride in it. The Police Force in its current form is nothing but a colonial relic, serving the narrow interests of its ruling elite bosses. It would be a waste of time and resources to try to reform it.

While it is undoubtedly true that this measure would help rid the force of rogue elements, it would not necessarily transform the police into an institution that protects people and their rights. Kenya, whose police force remains one of the most vicious in the region – despite having an independent oversight body – can attest to this fact.

Tanzania, which inherited the force as it was during the colonial era, removing only racial bias in its contents, needs to abolish the institution entirely and rethink its law enforcement system. This will involve the decriminalisation of the country’s citizens by ridding it of unnecessary, oppressive and ridiculous laws, like the one criminalising sex work, marijuana, LGBTQ+ rights, and the use of SIM cards without registering them, among other draconian, useless pieces of legislations. These efforts would also mean the restoration of, and investment in, community policing in the country. If people can be trusted to bring about their own personal and community development, there is no way the same trust cannot be placed on them to protect themselves against rogue elements in their communities.

To some, the idea of abolishing the police may sound too radical, crazy even, but already Tanzania has a precedent for such a decision: in the wake of a mutiny by the former colonial military force, the Tanganyika Rifles, in September 1964, Tanzania’s first president, Mwalimu Julius Nyerere, abolished the force and replaced it with a people’s force under civilian control known as the Tanzania People’s Defence Force (TPDF). Let us do the same with the Police Force now. Or should we wait until it starts to pose a threat to the ruling elites?