Inside the Quarantine: Fears of Further Spreading the Virus Haunt the Confined 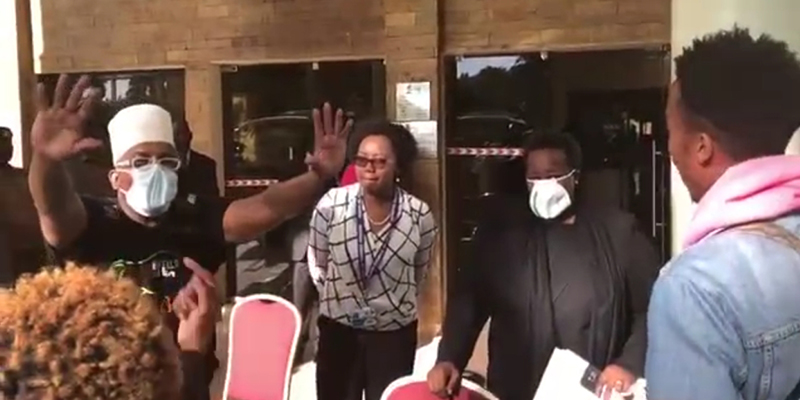 “We were flying over Juba when the announcement was made”. Chris*, not his real name, recounts to me his whereabouts when Kenya’s Cabinet Secretary for Health, Mutahi Kagwe, made the announcement that mandatory quarantining of all persons flying into Kenya would begin with immediate effect. It was early evening in Nairobi and a likely anxious nation tuned in for what was the tenth briefing from the ministry about the global COVID-19 pandemic that had made its way to Kenya, on the wings of an aircraft much like the one that ferried Chris back from a work trip to London.

Chris and I spoke a day after his arrival. He was in a hotel turned government-sanctioned quarantine facility, the Boma Hotel. The hotel, one of four Kenya Red Cross hotels that had just weeks before been placed under receivership, was dusty, with some rooms not having been cleaned for a while. Dead flies lined his windowsill. Chris complained that layers of dust on his pillowcase and bedsheets caused him discomfort. That was a minor inconvenience in comparison to the subject of our call. 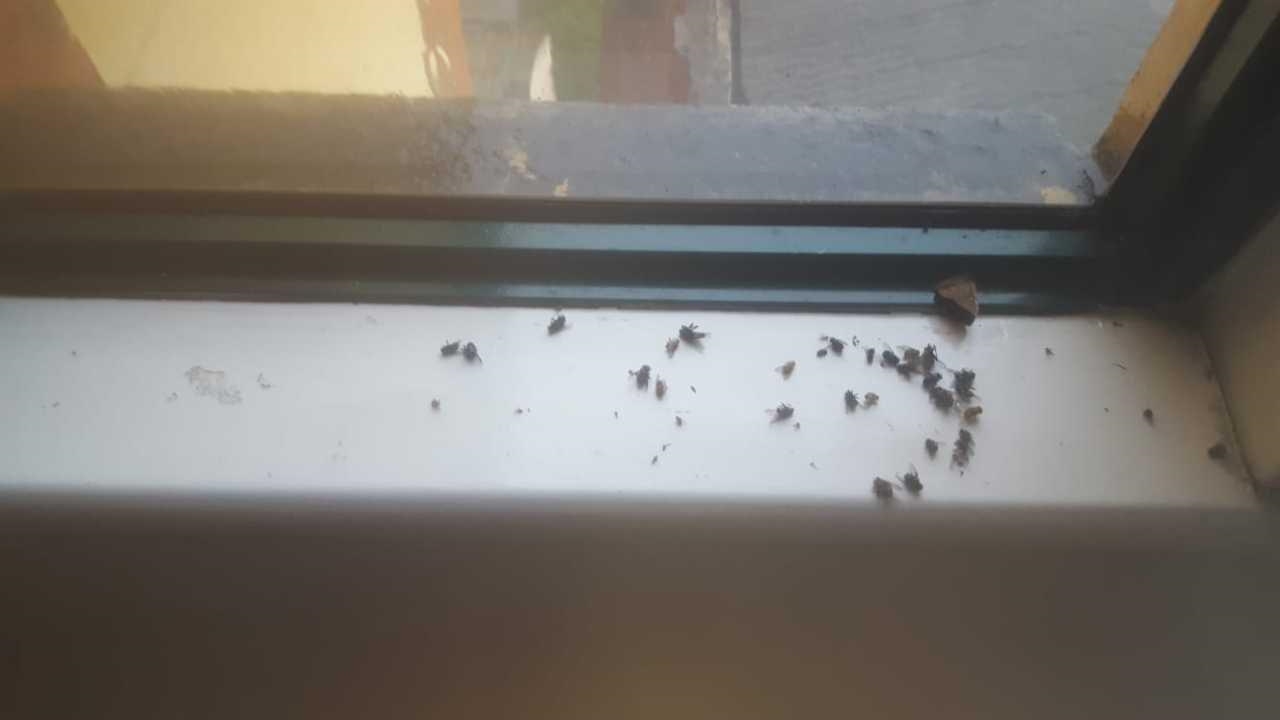 Their flight, which arrived at the Jomo Kenyatta International Airport on the night of Monday, March 23rd, carried what was, in Chris’s estimation, about 60 people.

“After being screened and filling out immigration forms, we were told about the Ministry of Health’s directive. We protested the directive because some of us had made arrangements to self-quarantine. Among those on our flight were students who, I think, wouldn’t have taken the flight if they thought that they would be taken into mandatory quarantine.”

Their protests would seem vain in the face of the government’s efforts to slow the spread of the COVID-19 virus, which has overwhelmed some of the world’s best-equipped healthcare systems, but the response to these complaints from Ministry of Health officials was even more strange.

“The government relented and allowed us to leave the airport and go home, with orders that we report to the Kenya Medical Training Centre (KMTC) at 11:00 a.m for tests.”

Chris was picked up by his driver and recalls reaching his home at about midnight on the 23rd of March.

As he was falling asleep, Doris*, also not her real name, was on a fairly empty flight from Germany, a country hard-hit by the COVID-19 pandemic, via Amsterdam, back home.

“I was alone on my row, the two rows behind me were empty and the lady in the row next to mine also sat alone.”

Her flight touched down in Nairobi on the morning of 23rd March and taxied in. In the nine hours between the landing of Chris’ flight and Doris’, the information that passengers were given had differed.

“Our temperature was taken, then we filled a form saying that we would self-quarantine. Then we filled the older, yellow immigration form. As we did so, there was a lady shouting that we should all go to KMTC at 11:00 am for testing. That was it.”

Doris had already made plans to self-quarantine. She had found an apartment on an online booking site, AirBnB, where she says she was going to stay for the recommended 14-day quarantine. She booked an Uber, made the trip across town to her apartment in Kileleshwa, showered, changed and then booked another Uber to the KMTC.

Before they got to KMTC, if Chris and Doris were carriers of COVID-19 and were contagious, they may have spread the disease to at least three people each. Neither of them has been asked to account for their movements or the people that they came into contact with; termed by the World Health Organisation as contact-tracing. They do not yet know whether or not they have the virus, because they have yet to be tested for it. They weren’t alone on their flights home, and sadly, their experience was not unique to them.

Infection within the quarantine facilities

Both Doris and Chris are worried about the possibility that they contracted COVID-19 while they were in the throes of evident lapses and confusion that they found at the Jomo Kenyatta International Airport, and at the KMTC, where they would go as ordered, on the 24th of March, at 11 am.

“When we turned up at the KMTC, they closed and barricaded the gates behind us, and said that we were officially under mandatory quarantine,” Chris remembers.

Doris witnessed the furore of the now hundreds of passengers grow, with them crowding around Ministry of Health officials for answers, having just been stung by the news. She tried to hang as far back as she could to avoid coming into contact with the virus.

“We were then given three options for places that we would undergo quarantine. Boma Hotel (where Chris would eventually go), the KMTC and the Kenya School of Government (KSG) in Lower Kabete, Nairobi,” she remembers.

“Boma would cost us USD 100 (Kshs 10,000) a night (this figure was later revised downwards), and the conditions at KMTC were just awful, so I chose KSG. When we got to KSG the director of the campus told us that it would cost us USD 40 (Kshs 4,000) a night. People protested again and crowded around the officials telling us this. They then relented and said we would be charged USD 20 (Kshs 2,000) a night.”

A video taken by one of the passengers shows the proximity of the passengers to the officials, and to one another. Again, Doris wisely chose to hang back and wait until things calmed down so that she could get a room.

Chris chose to stay at the Boma hotel.

When Chris’s cohort of travellers arrived at the Boma hotel, he says there was just one receptionist at hand to meet them.

“We all herded around the reception area waiting to be checked in. I am very afraid that we may have been exposed while we were getting into quarantine!”

Later that evening, Chris heard the sounds of sirens outside his window.

A hotel staffer told him that ambulance workers in hazmat suits were there to evacuate a fellow traveller, an elderly lady who allegedly fell ill.

“We are all so worried”.

Even with the inconveniences they have experienced, both Doris and Chris’s worry extends to the unanswered question they both have – were they both complicit in some way in the spread of COVID-19?

“If the government was serious about a mandatory quarantine, why did they let us go home first?” Chris asks, the tone of his voice deep and serious, unfettered by the muffles and crackling on the phone line.

“There were people on our flight who took public transport from the airport and to KMTC. How many people have they been in touch with?”

The question of how the virus spreads is no longer in contention, but there are concerns about the handling of passengers who were being put in isolation in order to contain COVID-19’s spread in Kenya.

Dr Ahmed Kalebi, the founder and CEO of Lancet Laboratories, which is among Kenya’s first private laboratories to offer PCR tests for COVID-19 (Polymerase Chain Reaction tests detect the genetic material of COVID-19, called RNA), shares his worries about the possible contagion that people in the mandatory quarantine may be facing.

“For me, it is a big scare. I am privy to what has been going on in some of those facilities and it has been a bit of a mess.”

“If two hundred people go into a hotel and three or four of them have COVID-19, by keeping them in close proximity we are creating an incubating chamber (for the virus).”

Dr Kalebi believes that in late April, Kenyan cases of COVID-19 will have risen exponentially. Government models publicized on Monday 30th March put Kenya at possibly having 10,000 cases by that time.

Several accounts from persons currently in mandatory quarantine speak to the potential for this, especially as they were being transferred into quarantine facilities. Doris, who was being quarantined at the Kenya School of Government facility, Chris at the Boma hotel, and Caleb* (not his real name), a traveller who is currently in quarantine at the Kenyatta University Conference Centre, all give similar accounts about how risky the first day of their return was.

They were all supposed to be part of a Ministry of Health-led mass testing campaign of the over two thousand Kenyans currently in quarantine facilities, being carried out beginning the weekend ending March 29th.  Chris took a photo of a Ministry of Health official in a Hazmat suit from a common area at the Boma hotel. 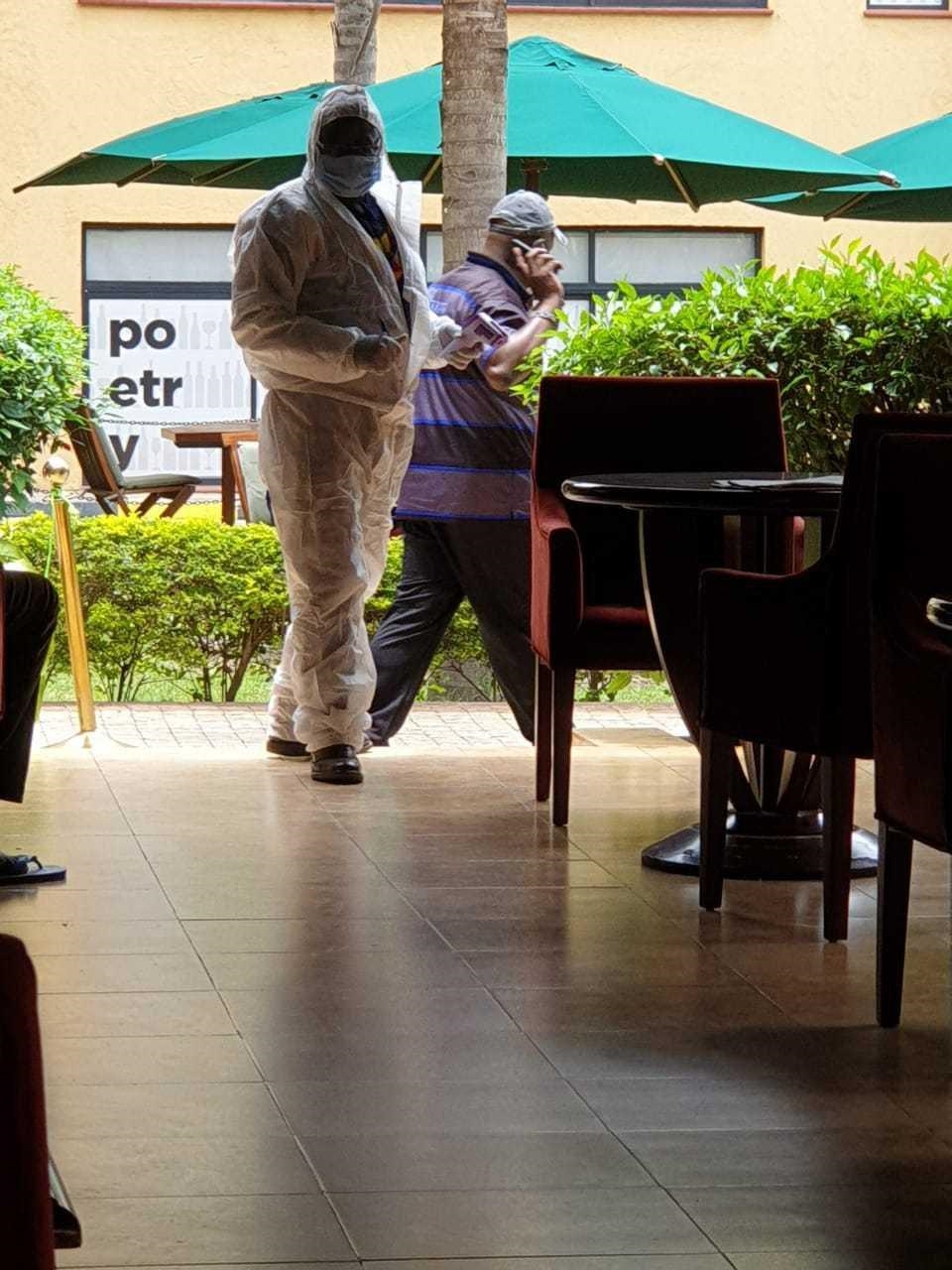 Doris, Chris, Caleb and other travelers in quarantine that I spoke to all say that they feel healthy, save for a few coughs and sniffs which they hope are signs of a cold rather than COVID-19, but they may not be out of the woods, even as the days wind down to the end of their quarantine.

“The Coronavirus takes between two to fourteen days to incubate,” says Dr Kalebi.

“If tests were done at day seven, which is what the government is doing this weekend (weekend ending March 29th), you may have only a few people testing positive, who would be taken to more stringent quarantine facilities. Then you wait another week. Assume more people get infected. On day 14, when you are releasing them, people may have been infected in quarantine.”

Fears that the government quarantine facilities may become petri dishes for the spread of the virus are valid, but over-estimated, according to Professor Omu Anzala, who specializes in virology and immunology. He’s also part of the taskforce set up by the government to deal with the COVID-19 outbreak in Kenya.

He does say that these still are early days and that the government, like all governments, is learning as it goes deeper into fighting the virus.

It won’t be long before Doris and Chris get out of quarantine. Perhaps, it won’t take much longer before the country knows whether the mandatory quarantine strategy helped spread or stop COVID-19.

This article was first published by Africa Uncensored.