Kibra: The Face of Kenyan Politics to Come? 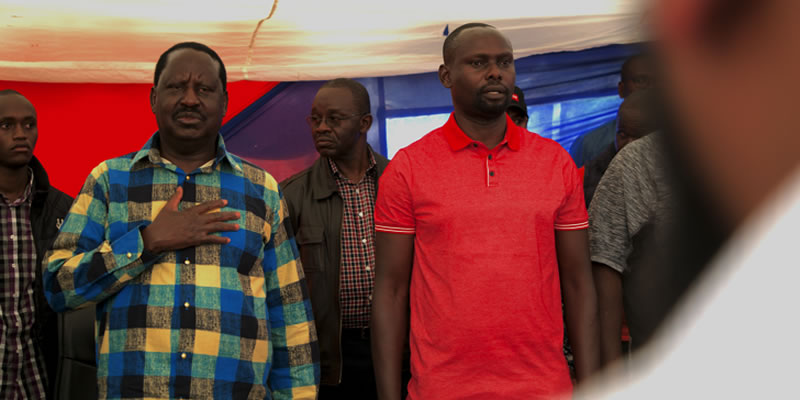 “The most painful state of being is remembering the future, particularly the one you’ll never have.”― Søren Kierkegaard 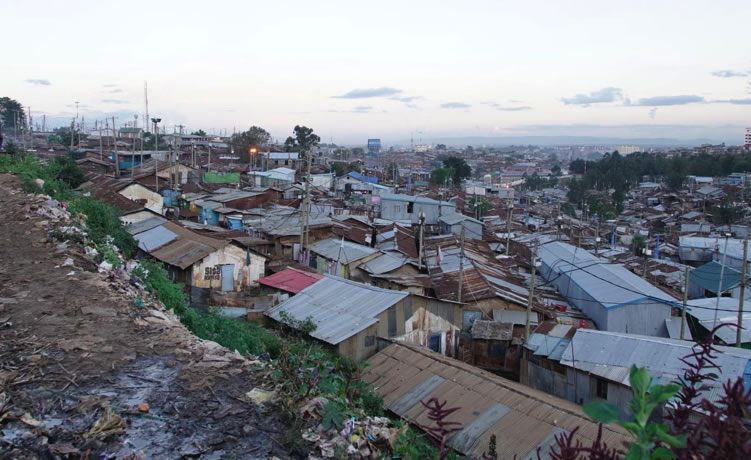 Located about 6.6 kilometres from Nairobi city centre, Kibra is a sprawling informal settlement with an estimated population of about 200,000 people. Majority of Kibra residents live in extreme poverty. Unemployment rates are high, persons living with HIV/AIDS are many, and cases of assault and rape common. Clean water is scarce. Diseases caused by this lack of water are common. The majority living in the informal settlement lack access to basic services including electricity, running water, and medical care.

But this photo essay is not about the peddled quintessential cliché narrative depiction of Kibra as Africa’s biggest slum’ – itself a false assertion. Rather, Kibra has historically been Nairobi’s most vibrant political constituency; its residents often at the forefront of agitation for expansion of political space in Kenya; and, the most enthusiastic demonstrators at political meetings where the opposition is pitched against an apparently recalcitrant ruling elite. The Kibra by-election is also the political backyard of Raila Odinga, leader of the Orange Democratic Movement and the most enduring fixture in opposition leadership since the early 1990s. Currently, in an alliance with the President Uhuru Kenyatta, the Kibra by-election was occasioned by the death on the 26th of July 2019 of Ken Okoth, 41, the area’s dynamic, popular and highly effective MP.

The demise of Ken Okoth left the seat open for a contest directly between Raila Odinga, whose family has dominated the area for decades and the Deputy President William S. Ruto who is determined to entrench himself as the only viable successor to Kenyatta who is currently serving his last constitutionally mandated term. As such the Kibra by-election of November 7 marked the unofficial commencement of the 2022 campaign season in Kenya with Ruto’s aggressive raid into Odinga’s ‘political bedroom’. 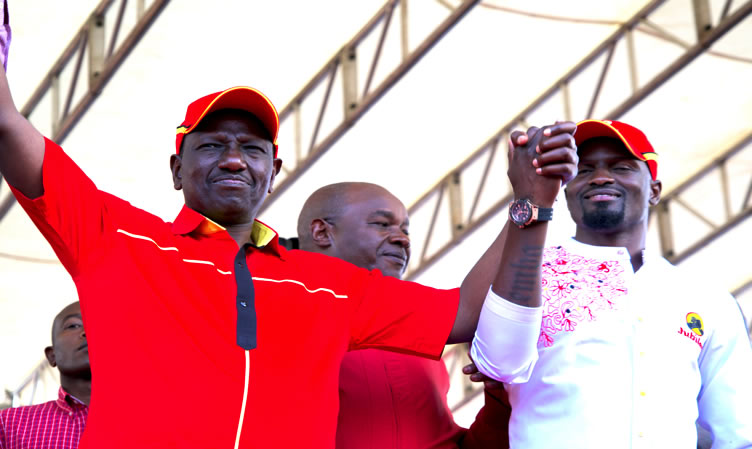 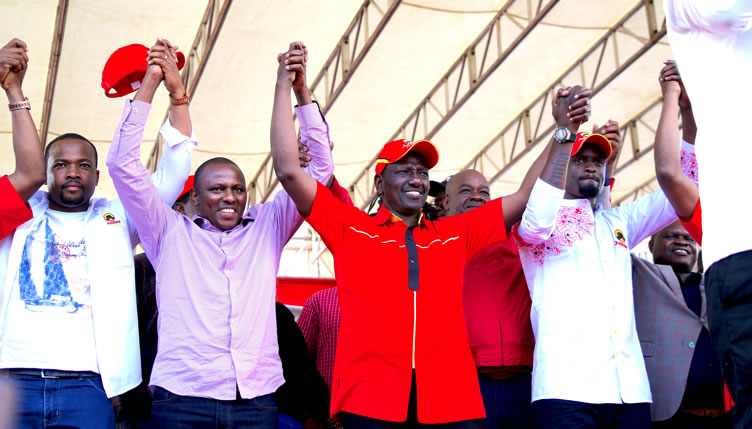 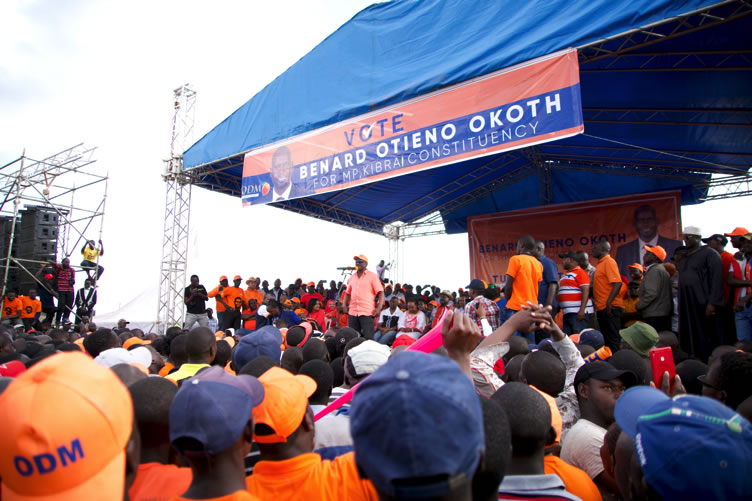 Rally to drum up support for Imran Okoth, ODM’s candidate for Kibra by-election.

Days to the parliamentary by-election there were reports of fracas between warring factions. Rowdy residents, for instance, kicked former Kakamega senator Boni Khawale out of Kibra upon his arrival in Laini Saba ward, claiming it was ODM’s bedroom.

Destruction of property was also reported.

Milly Achieng, a tailor-resident of Kibra told the Elephant that supporters of an opposing candidate recently went and attacked one of her friends and fellow party member and demolished her house. She was forced to flee Kibra with her children. 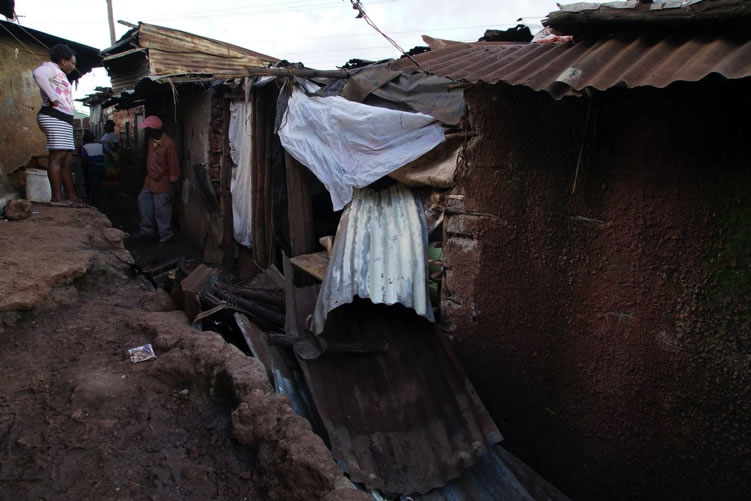 A family house demolished in a political violence encounter in Kibra.

The Kibra by-election received wide support from leaders across the political divide. Governors Charity Ngilu, Alfred Mutua, Kivutha Kibwana and Anne Waiguru joined Raila Odinga and the ODM party in drumming up support for its candidate, Imran Okoth. The leaders announced that this by-election was the beginning of a new political movement that would drum up support for the Building Bridges Initiative (BBI) and ultimately forge an alliance for the 2022 General Election. 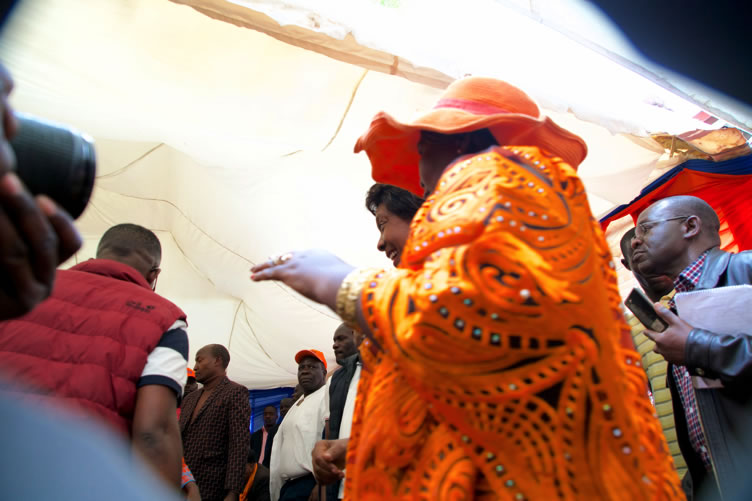 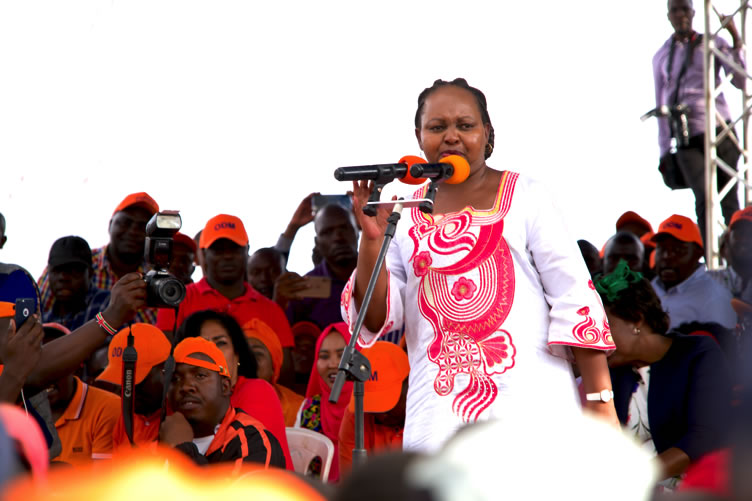 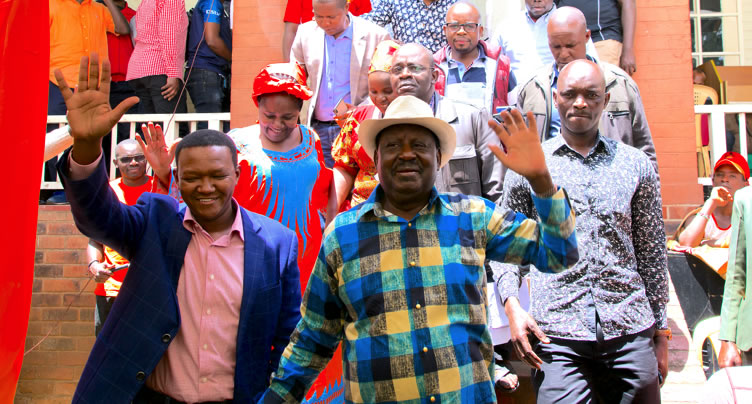 On November 7, 2019, the polling stations across the constituency were opened by 6 am to a smooth start of voting throughout the day amidst a reportedly low voter turnout. The voting stations were closed immediately after the voting exercise was concluded and voter tallying began thereafter. Residents stood in groups waiting for the results. 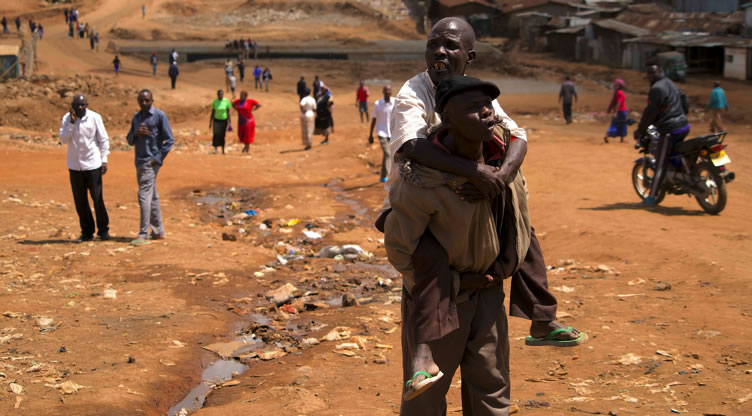 A man carries his disabled friend to a polling station in Kibra’s Laini Saba. 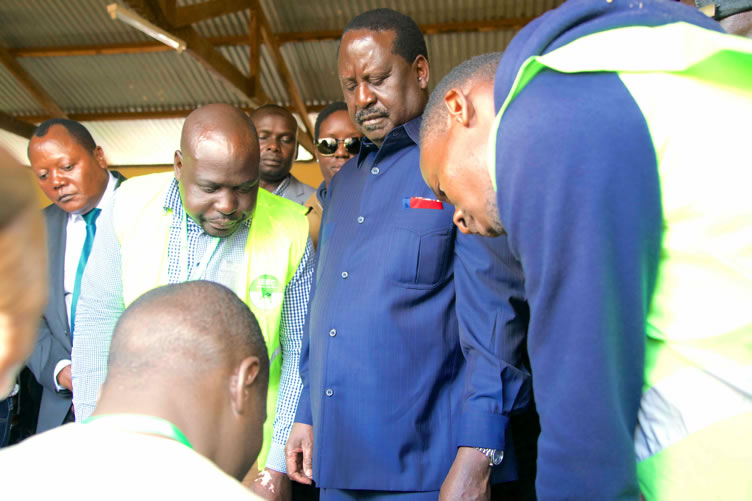 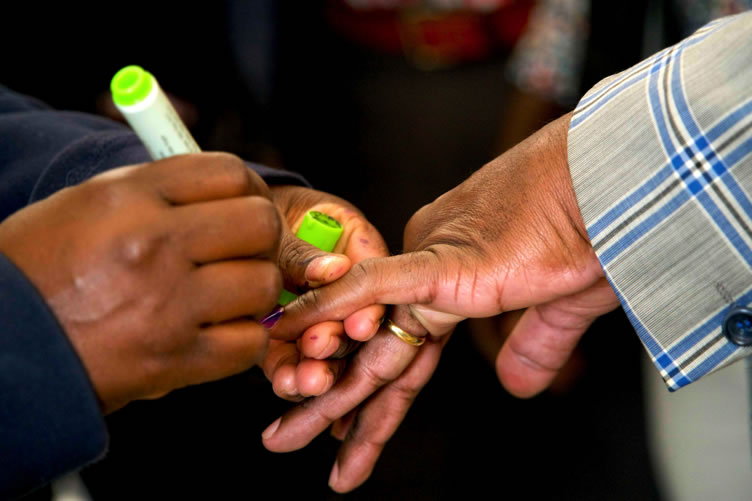 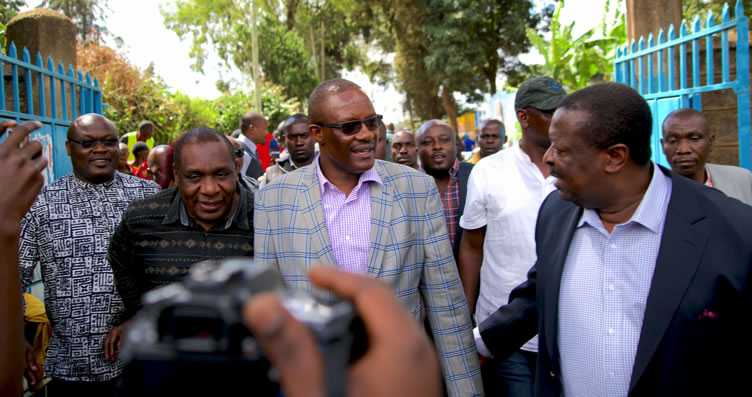 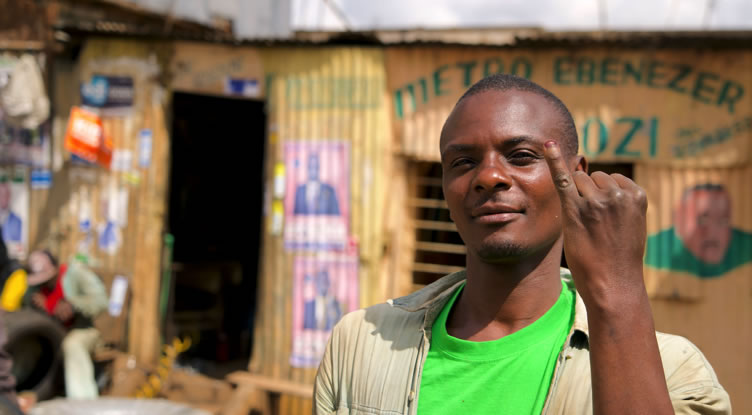 A man shows his finger marked with phosphorous ink after voting

In a Twitter post, Mariga called Okoth and congratulated him for his victory and promised to work together after the elections.

According to the results announced by the Independent Electoral Boundaries Commission (IEBC) on Friday, November 8, Imran Okoth garnered 24,636 votes beating Mariga by over half the total number of counted votes standing at 11,230 votes. ANC’s Eliud Owalo was a distant third, managing to garner a paltry 5,275 votes out of the 41,984 votes cast. 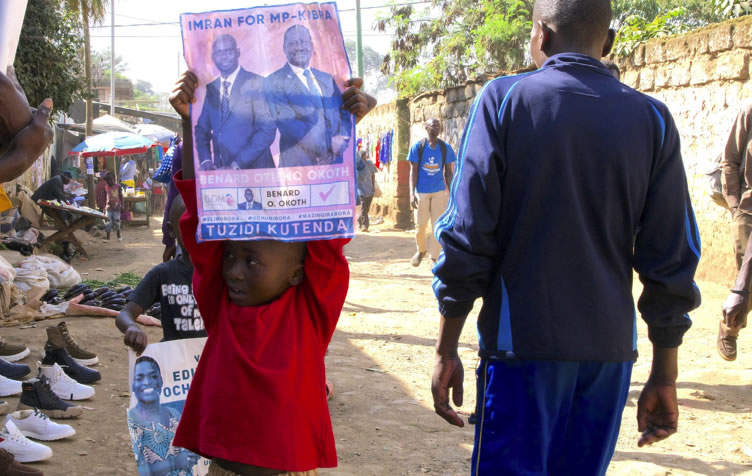 Though the Kibra by-election has been deemed a win for Raila Odinga and the handshake and a loss for Ruto and the “tanga tanga” movement, these political battles have yet to translate into tangible benefits for the ordinary mwananchi whom they purport to fight for. 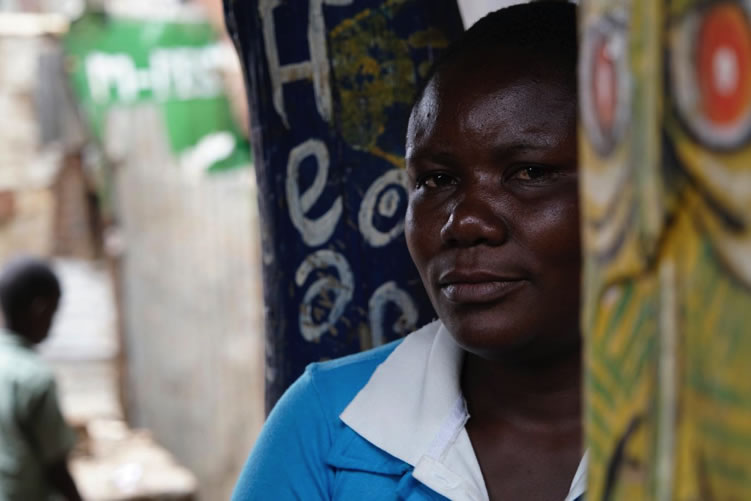