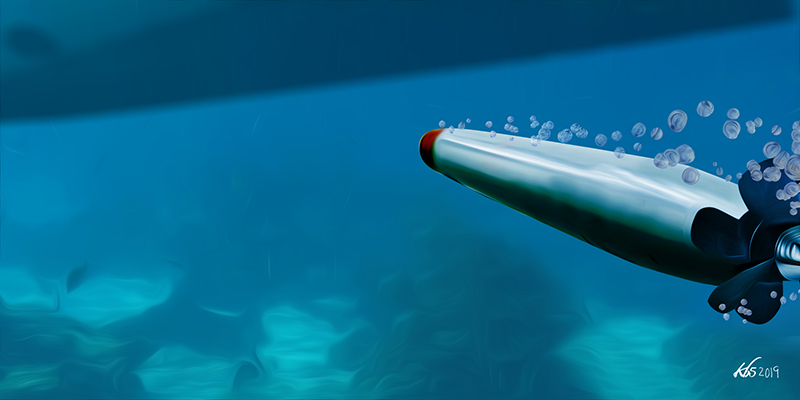 Before 2:30 pm on 12th February 1944, everything on SS Khedive Ismail was as normal as things aboard a troopship could be. In the music room on the upper decks, someone was playing the Warsaw Concerto on the grand piano. In the lower decks and the cargo hold, which had been converted into barracks mainly for the black soldiers, it was hot and humid. Both spaces would become death traps within a matter of seconds, and the grand piano, a weapon.

A lookout, probably bored out of his mind, noticed a periscope peeking from the water. He raised the alarm, alerting the gunners to the position of the Japanese submarine deftly charging towards SS Khedive Ismail. The troopship was on a routine mission to deliver troops, mainly East Africans, from Mombasa to Colombo in Ceylon (now Sri Lanka) before their onward journey to Burma (now Myanmar). It was part of a convoy codenamed KR8, which had begun its journey from Kilindini port in Mombasa a week earlier.

The alarm was a little too late. Just as the gunners opened fire, the submarine fired four torpedoes. Two missed, but the other two found their target. The first struck the engine room. The second hit the boiler room. The troopship listed, and in less than two minutes, disappeared under the water. The other troopships and the destroyers in the convoy, codenamed KR8, barely had time to react or help. They fled to safety before two destroyers doubled back to face the Japanese submarine and to rescue survivors.

As the troopship sank, survivors clutched onto whatever they could get their hands on. The Japanese submarine, I-27, hid beneath them as the destroyers in the convoy doubled back and tried to hit it with depth charges, killing even more of the survivors. The submarine was eventually forced to surface, and one of the destroyers, Palladin, rammed into it. The hit breached the destroyer’s hull, forcing it to retreat and leave the work to the other destroyer in the convoy, the HMS Petard. The Petard’s torpedoes hit the submarine at 5:30pm, three hours after SS Khedive Ismail had sunk. The sub broke into two and sank with everyone on board.

Aboard the SS Khedive Ismail before the sinking had been 1, 511 people, 996 of whom were members of the 301st Field Regiment, East African Artillery. Only 215 people would make it out alive. The survivors were rescued once the submarine had been sank and moved on to Ceylon, where they got survival leave for two weeks before rejoining the war effort.

Of the 1, 296 people who died that day, only four of them were given a proper sea burial. The rest were left in the shark-infested waters, far from home and virtually forgotten.

The sinking of SS Khedive Ismail is the subject of Brian J. Crabb’s 1997 book Passage to Destiny. In an email conversation, Crabb says his interest stems from his father, Percival Crabb, who “…was a fortunate survivor of the sinking, escaping through an open porthole with his leg still in plaster!”

In the book, Crabb includes an extensive appendix with all the names and ranks/roles of everyone, black and white, on board the doomed ship. The list of East Africans, mainly from Kenya, Uganda, and Tanzania, takes up several pages. The troops are ranked by names, rank, and number. That’s all we know about Warrant Officers Alfani Ndagile, Kathuka Ndajo, Mua Kilonzi, Muema Ileli, Selemani Mzee, Shabani Mbaraku and Siligwi Mwita. The seven of them were the highest ranking enlisted men among the hundreds of East African troops who died that day. Most of the East African casualties were gunners.

The sinking of SS Khedive Ismail suffers from the same historicity issues that World War II in general suffers from in former colonies. It was a war (mainly) away from home, driven by issues that most of the one million Africans who enlisted had little or nothing to do with, at least at a socio-cultural level.

When World War II began, there were only 2,900 men in the Kings African Rifles (KAR). The real threat of an Italian invasion from Ethiopia, and the entry of Japan into the war, drove the need for fast mobilisation.

Although the Great Depression (1929-1939) was a relatively prosperous time for Kenyan farmers, it gutted the settler economy and the colony’s budgets. Job opportunities in urban areas and farms dwindled, and crime levels in the former rose for a time. Combined with the crop failure of 1939, it meant that the best option for young men was to join the military. Any able-bodied man could enlist, although there had been restrictions as late as 1941 based on ethnicity. The Pioneer Corps, for example, were initially recruited from Western Kenya.

The sinking of SS Khedive Ismail suffers from the same historicity issues that World War II in general suffers from in former colonies. It was a war (mainly) away from home, driven by issues that most of the one million Africans who enlisted had little or nothing to do with, at least at a socio-cultural level.

For some, the economic benefits were a result, not a motivation, of being recruited. Kenya’s first four-star general, Jackson Mulinge, accidentally found himself in the military after he chose the wrong day to go to Machakos to sell a chicken. A recruitment officer grabbed the teenager and conscripted him, marking the beginning of a journey that would see him climb up the ranks over the next three decades.

The contracts the new recruits signed stated that they would be discharged “after the cessation of hostilities”. Most of them were in their early 20s, still single, and because of the education policies at the time, barely literate, if at all. By the end of the war, in 1945, there were nearly 100,000 Kenyans in the military either as members of the Kings African Rifles or the Pioneer Corps, a successor of the Carrier Corps.

Being a soldier meant a steady income and other benefits, such as being exempt from excruciating hut and poll taxes. It also gave the soldiers a common martial identity as well as exposed them to unprecedented trauma and horrors that would also go largely undocumented.

In the heat of war, despite concerns from the settler community about everything from labour supply to the economic and security risks, thousands of Kenyans were trained, armed, and deployed to fight in Northern Kenya, North Africa, and Asia. They were all enlisted men, meaning they could never rise beyond the rank of Warrant Officer. That would be one of the challenges in the lead up to and immediate aftermath of independence two decades later.

Discipline was still enforced mainly with corporal punishment. Major infractions were punished with a kiboko, while cowardice was punished with execution. There were at least three incidents of retaliation, once when a sergeant shot and killed three officers, and then when two enlisted men were executed for shooting officers and wounding others with a grenade.

In 1945, a quarter of those who survived the war were discharged. The demobilisation went on for two more years, which meant that tens of thousands of young men who had seen war and death were expected to resume their pre-war status. The Kenya that the veterans returned to had barely changed, but they had. They had not only seen the perils of war but they had also been exposed to a new lifestyle, and had had a steady income and developed new habits. Gatu, in his book, offers that the war was the beginning of unparalleled drug use among the troops. Every week, the soldiers would be issued with matches, soap, and cigarettes.

But they were also liquid and most of them were still young, single and raring to go. Studies of the post-war period mention a rising discomfort with the power held by chiefs and elders, as well as inflation in the social scene as bride price was hiked.

In 1945, a quarter of those who survived the war were discharged. The demobilisation went on for two more years, which meant that tens of thousands of young men who had seen war and death were expected to resume their pre-war status. The Kenya that the veterans returned to had barely changed, but they had.

The money they had made could not last forever. Many of them applied for trade, shop and transport licences, only to be met by a racist bureaucracy that expected them to fall back to wage labour, primarily in agriculture. Some re-enlisted into the Kings African Rifles, while others struck out in new businesses. Others, like my grandfather, used the training they had obtained during the war to eke out a living as health officers and drivers.

A number of the former soldiers were involved in the political upheaval of the late 1940s and the 1950s, but not to as significant a level as one would imagine. Dedan Kimathi, the de facto leader of the Mau Mau, was only a soldier for a month in 1940 before he was dishonourably discharged for violence and drunkenness.

Some rejoined the KAR and other disciplined units, but a large number disappeared into the normalcy of reserve life.

What’s less acknowledged in our history books are the number of enlisted men who died or suffered during the war, and the trauma the survivors came home with. Because a large number of the survivors did not have any formal education, and there was little interest in chronicling their experiences, we can only glean aspects of them from scattered memoirs and academic studies. Several memorials and cemeteries in major towns celebrate their lives and sacrifice, but very few black soldiers are named.

The sinking of SS Khedive Ismail was also problematic because of its magnitude; it was the single largest loss of East African troops, and third worst Allied mercantile shipping disaster of World War II. Publicizing it in the immediate aftermath would have affected recruitment and morale as the sinking of SS Mendi during World War I had done with South African troops.

What’s lesser acknowledged in our history books are the number of enlisted men who died or suffered during the war, and the trauma the survivors came home with. Because a large number of the survivors did not have any formal education, and there was little interest in chronicling their experiences, we can only glean aspects of their experiences from scattered memoirs and academic studies.

Despite Kenya’s central role as the home of the East African force, the Eastern Fleet, and also as a war front with Italy, the war itself is merely a footnote in the events that followed in the next decade. Thousands of enlisted men who died for a cause they didn’t necessarily believe in remain mainly nameless and unacknowledged. The unit that suffered the heaviest losses, the 301st Field Regiment, had been formed just two years before and had already served in Madagascar. The only thing that remains in their memory is a plaque at the Nairobi War Cemetery. Few of the thousands of Kenyans who died on different fronts and missions are named, and their stories have all but disappeared. Even the wounds of war, such as the bombing of Malindi and the Italian excursion 100km into Kenya, are now mere footnotes in history.

It is a significant gap in our military history, and if the lacklustre coverage of our eight-year war in Somalia is anything to go by, a part of our national ethos.