DOCTORS WITHOUT ORDERS: Why Kenya should give traditional medicine and healers a chance 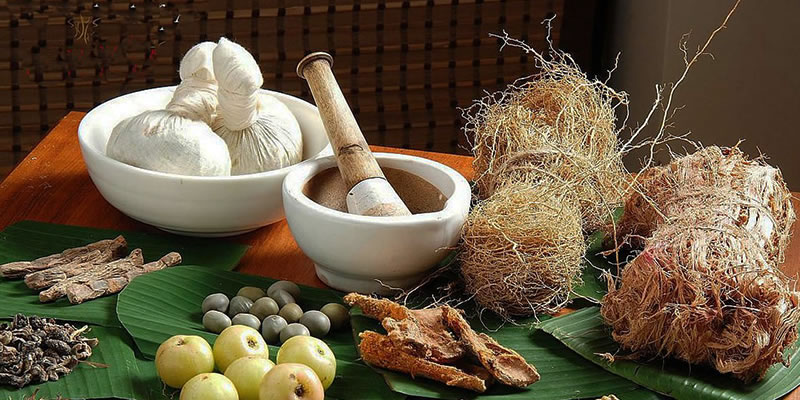 Many, or perhaps most, urban Kenyans have a poor regard for traditional medicine and its practitioners. The country’s first President, Jomo Kenyatta, famously condemned traditional healers in 1969 as “lazy cheats who want to live on the sweat of others”. According to John Harrington, Professor of Global Health Law at Cardiff University, such attitudes are “prevalent in contemporary Kenya, particularly amongst medical professionals and the evangelical churches of urban slums that often condemn the practice as ungodly; a view born from their missionary founders who ardently opposed ‘native practices’”.

But what exactly is traditional medicine? The World Health Organization (WHO) defines it as “the sum total of the knowledge, skill, and practices based on the theories, beliefs, and experiences indigenous to different cultures, whether explicable or not, used in the maintenance of health as well as in the prevention, diagnosis, improvement or treatment of physical and mental illness”. It distinguishes between traditional and alternative medicine, the latter being composed of “health care practices that are not part of that country’s own tradition or conventional medicine and are not fully integrated into the dominant health-care system”.

There have been few studies to establish the actual number of traditional medicine users in Kenya. WHO estimates that up to 80 per cent of the population in some developing countries rely on traditional medicine for their primary healthcare needs. The Kenyan government has adopted this estimate rather than do an independent survey, yet the veteran science journalist, Otula Owuor, says those numbers should be taken with a healthy pinch of salt. One study of the initiation of Kikuyu medicine men carried out in the late 1970s concluded: “Many younger people tend to ignore or even mock such practices, at least in public, especially if they have been exposed to ideas about ‘science’ in their formal education and through exposure to mass media. Committed Christians not infrequently adopt a ‘hard line’ attitude condemning traditional medicine and its ‘pagan’ associations.”

Still, it is probably true that for a large number of Kenyans, especially in rural areas where conventionally-trained health workers are in short supply, traditional healers provide an important service. In addition, many Kenyans believe in the potency of herbal medicine, even when they can access and afford modern medicine. WHO says that native healers can be effective in managing a broad spectrum of healthcare needs, including prevention, management and treatment of non-communicable diseases, as well as mental and gerontological health problems.

Just like its modern, Western counterpart, traditional medicine is a product of observation, belief and experience. It is an accumulation of knowledge and practices dating back eons before the arrival of Western medicine, passed down through generations. And as Prof. Harrington notes, “traditional medicine practices are not fixed; they are constantly evolving. The knowledge is ‘traditional’ only in the way that it is transmitted.” This evolution implies that practitioners are always learning and adjusting their craft.

Yet the Kenyan government has preferred to view indigenous medicine through the prism of culture rather than science, a century-old colonial carryover. In the paper Governing traditional medicine in Kenya: Problematization and the role of the constitution, Prof. Harrington writes that “under British rule it was subject to the Medical Practitioners and Dentists Ordinance of 1910 and the Witchcraft Ordinance of 1925. The former limited the practice of ‘therapeutics according to Native methods’ to the ethnic group of the particular healer”. In fact, to date, despite the passage of the 2017 Health Act, traditional healers are still registered by the Ministry of Culture rather than the Ministry of Health.

Perhaps by adopting this colonial stance, Kenya has deprived itself of one of its most potent weapons in the fight against disease. The country suffers a chronic shortage of medical personnel, especially in rural areas. For example, one study suggested that to achieve an 80 per cent rate of assisted deliveries, developing countries should have at least 2.23 qualified doctors, nurses, and midwives per 1,000 people. For Kenya, that would mean a figure somewhere in the region of 111,000 as opposed to the current 67,000. Estimated at 40,000 strong, traditional healers would more than make up the difference. They outnumber doctors five to one, are two-thirds as many as the country’s registered nurses and midwives, and a quarter as many as the country’s entire workforce of registered healthcare practitioners.

In his inaugural 2012 lecture, Julius Mwangi, a Professor of Pharmacognosy at the University of Nairobi who is both an academic and a healer, asked: Herbal Medicines: Do They Work? Drawing from his own experience and evidence-based studies across the world, he illustrates how such medicines have been effective in combating everything from allergies to cancers. He calls for Kenya to learn from the Chinese “who are doing a lot of clinical and other scientific work on their herbal medicines while concurrently using them in their hospitals and other outlets”.

However, this runs into the problem of regulation and policy. As noted earlier, traditional medicines are regarded rather more like cultural artefacts to be monetised than presenting serious medical possibilities that require to be explored. Practitioners are registered by the Ministry of Culture, not that of Health. Prof Harrington notes that “legal literature on the regulation of traditional medicine in Africa [has] preponderantly focused on questions of intellectual property and…controlling access to genetic resources”. There is relatively little interest, it seems, in regulating their medicinal value. As a result, as Angela Oketch notes, “not many Kenyans, including [those] who rely on herbal medicines for their primary healthcare needs, are aware that there are well-researched and clinically proven traditional medicines that can hold their own when put side by side with conventional medicines.”

In 2016, Parliament passed the Protection of Traditional Knowledge and Cultural Expressions Act that gives every community the exclusive right to authorise the exploitation of their traditional knowledge and to prevent any person from doing so without their prior informed consent. But to stake your own claim on a piece of that market takes much more. For example, the Chinese government is opening up Centres for Traditional Chinese Medicine in the countries along its Belt and Road infrastructure initiative and is already raking in $295 million. By comparison, as reported by Oketch, when the CTMDR requested the Kenyan government for Sh14 million to develop herbal drugs, it got less than a third of the amount.

However, beyond the economics, it is much more important to consider how these medical resources can be used to assist, not faraway communities in wealthy countries, but Kenya’s own citizens for whom medical costs can be debilitating. The Uhuru Kenyatta administration has prioritised universal healthcare (UHC) as part of its Big 4 development agenda. The Health Cabinet Secretary, Sicily Kariuki, says UHC will be based on three pillars: accessibility, affordability and quality. Despite the fact that traditional practitioners offer all of these and more, there is little discussion about integrating them in the country’s healthcare mix.

It is a curious omission given the passage of the 2017 Health Act that opened the door to the integration of traditional medicine into the healthcare system. Although the law directs the Ministry of Health to develop guidelines for cross-referral of patients between conventional and traditional healthcare practitioners and mandates Parliament to set up a regulatory body to manage the practice of traditional and alternative medicine, there has been little progress on that front more than a year later.

The effort to eliminate maternal mortality spearheaded by the First Lady’s Beyond Zero campaign follows the same pattern. The focus of the campaign has been to ensure all deliveries are made at a health facility and has provided a fully-equipped mobile clinic to each of the 47 counties. However, there are few attempts to engage the traditional midwives who deliver two-thirds of the babies born to pastoral communities. Even where health facilities are available, women may prefer to go to a traditional birth attendant due to bad experiences in health facilities or a lack of transport, especially when the onset of labour is during the night.

WHO has recommended that the government work with traditional midwives and offer them training and support to ease the nursing shortage, but so far there has been little willingness to do so. Instead, the Beyond Zero campaign prefers to denigrate them as “unskilled” and as a hinderance to “equity in provision of health services”. This attitude reflects not just the colonial and Western derision of traditional health practices but also a preference for high profile external interventions designed to capture the media spotlight rather than the less prominent and perhaps more effective interventions that take advantage of resources within the community.

WHO has recommended that the government work with traditional midwives and offer them training and support to ease the nursing shortage, but so far there has been little willingness to do so. Instead, the Beyond Zero campaign prefers to denigrate them as “unskilled” and as a hinderance to “equity in provision of health services”.

The irony is that in the West, some women are turning away from giving birth in hospitals, preferring to give birth at home with the assistance of a midwife – a practice that was popularised in the 1970s and 80s by the women’s movement and self-help books like Our Bodies Ourselves by the Boston Women’s Health Book Collective. According to an article in the Huffington Post, midwives in the US state of Alabama refer to their work as “catching babies”, which reflects a belief that “birth doesn’t require medical intervention under normal circumstances”. Yet Kenyan midwives are sanctioned and suffer neglect.

Traditional medicine has much to offer the Kenya healthcare system if only the Kenyan government would take it seriously. It has the potential not just to transform primary healthcare and make it more affordable and accessible, it can also be a valuable resource for communities. Rather than looking outwards – to places like Cuba – for solutions to our healthcare problems, perhaps it is time that the Kenyatta administration turned its gaze inwards to the potential that lies within Kenya’s own communities and people.