AFTER THE END: Welcome to the age of ‘post-post-colonialism’ 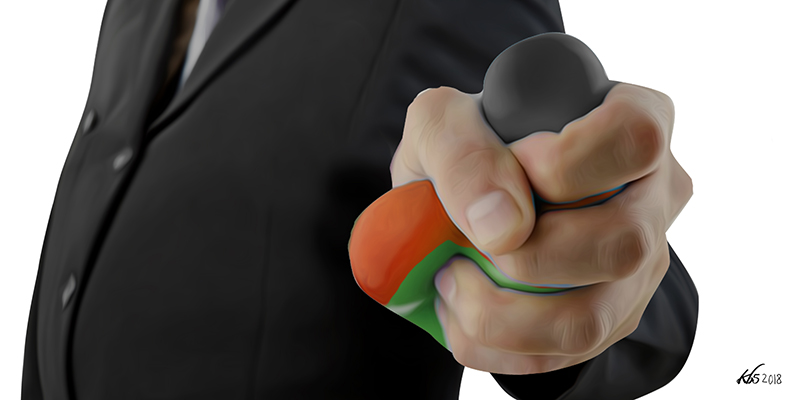 Upwards of sixty people have been discovered dead among the mainly Bagisu people found on the slopes of Mt Elgon in the Uganda-Kenya border area. The deaths have occurred in Buduuda, on the Uganda side, as a result of flood-induced landslides that engulfed whole settlements.

The only outstanding certainty at present is that the death toll will rise. Other certainties have already reported for monotonous duty: the government offered condolences, and sent a “rescue” team four days after the incident. Uganda’s president wore military fatigues, and visited the area whereupon he apologised to the survivors and blamed unnamed government officials for “misleading” him regarding the fate of the local population’s relocation plans announced by his government after the last such fatal flooding in 2010. The disaster-preparedness minister announced that the government had not prepared for the disaster, and bitterly expressed outrage at the failures.

The survivors stood in the rain, salvaging what they could of their homes, corpses and harvests.

This is a government of properly educated middle-class people. We need to examine the possibility that this social category has become the greatest liability to the future of this continent.

One image, and one memory, have brought me to this conclusion.

On the 11th of October, one @SokoAnalyst tweeted a photo of Baringo County Women’s Representative, Gladwel Tungu, “launching a project”. What she was actually doing was applying some mortar to a line of stone blocks that had been assembled to represent a corner of a low wall. They were not properly aligned. There was no foundation beneath them, nor any brick footing. They were simply lined along a shallow indent cut out of the grass. There was no other indication of a wider building. Nevertheless, a line of well-fed looking people, presumably county officials, stood dutifully in a row behind her, paying keen attention.

This one posted itself. pic.twitter.com/H5IDnElARj

Such dedicated self-absorption reminds me of the story of a would-be Ugandan guerrilla fighter whose story I will tell, but whose name must still be kept secret. His war – which lasted all of one night – was more than thirty years ago, and he is now a respectable and wealthy citizen of the republic.

On the 11th of October, one @SokoAnalyst tweeted a photo of Baringo County Women’s Representative, Gladwel Tungu, “launching a project”. What she was actually doing was applying some mortar to a line of stone blocks that had been assembled to represent a corner of a low wall.

Our hero, who had stood for a then-radical political party in the doomed 1980 elections, teamed up with other young people who had already decided that armed resistance was necessary. One night, they were on the move, all armed, and hiking from one location to another. Perhaps the terrain or the altitude were the problem, but our hero soon found himself unable to fully keep up the pace. This led to a dispute. In response to his comrades’ admonitions to keep up, the warrior became quarrelsome, stating that as a local, he knew the area best, and would be able to get to where they were headed on his own. He was left to fall further and further behind.

A while later, the group up ahead were assailed by the sounds of their comrade screaming and calling out to them for help. Bear in mind, that this was a group of armed rebels deep in the countryside, late at night, in a country ruled by a vicious and paranoid government. The last thing anyone needed was noise.

Hurrying back, they found their colleague writhing in pain on the ground. Some ferocious little wild animal had leapt from the undergrowth, and planted its teeth very firmly into his leg. Despite the arrival of even more humans, the intrepid creature showed no intention of letting its victim go.

Our friend, on his part, lay howling and demanding they get the animal off him. If only to stop the noise, the men decided to shoot the nasty little thing. They told him to try and keep still so they could take a clean shot. Being totally about himself, our friend would not exercise any self-control, neither shutting up, nor keeping still. One of the others did the best he could in the darkness and, in killing the creature, also wounded the laggard in the leg.

Now they had a new problem: how to carry this wounded person on their journey, and later evacuate him from the area so as to avoid government suspicions. Naturally, he was now also making it clear that he expected proper medical attention.

On reaching their first destination, still at night, they spent the next few days organising basic treatment, and a safe route out of the region for the wounded man. In the end, it was to be a train journey to another town where he would be handed over to others for onward movement ultimately to Nairobi. There was one hitch: the man was fairly well-known locally, and there had already been rumours that the intelligence services had got wind of an incident involving guns and may be looking for him. He was, therefore, told to change his appearance, specifically, to cut off his bushy beard.

He refused. That beard had been his trademark during the election campaigns. It was part of his political identity. He intended to keep it. This led to a two-day standoff.

In the end, having been left alone with a pair of scissors and an ultimatum, he relented, and undertook some very modest trimming. A large overcoat was procured for him. Being a cold mountainous area, this would not be seen as unusual. His instructions were to keep the high collar up, and once seated, to keep his chin sunk into it, thus hiding what was left of his beard.

Once aboard the train, however, our friend soon spotted people he knew on the platform and on the route out of the town, and began, in true “man-of-the-people” style, waving at them. This is how he “clandestinely” left that theatre of operations.

He was to eventually make it to Nairobi with the help of the rebel organisation, and later on, to their base in the UK. There, he went on to ruthlessly and cynically exploit all the networks the party had established in the areas of the local government and in refugee relief initiatives. He set himself up as a kind of slum landlord housing immigrants before eventually returning to a “liberated” Uganda as a man of means who – importantly – had once participated in the armed resistance to the previous government. He never mentions the exact circumstances under which he acquired his war wound, which left him with a noticeable limp. “The enemy” is how he once alluded to the wild animal.

Once aboard the train, however, our friend soon spotted people he knew on the platform and on the route out of the town, and began, in true “man-of-the-people” style, waving at them. This is how he “clandestinely” left that theatre of operations.

My point is this: this man has never been in government, but might as well have been. There is no essential difference between his conduct and the conduct of those play-acting at “governance”: me first, me only, and everyone else is either collateral damage or a tool.

We should finally admit that “independence”, as curated by the educated middle class, does not work. For the middle class, their smallest problem is more critical than everybody else’s largest one. The Buduuda disaster-preparedness funds were misappropriated a long time ago and the potential landslide victims were not relocated, but left to their fate. Our one-night revolutionary simply saw everyone around him –his alleged comrades – as a means to achieving his own personal ends, no matter how grave the personal risks that might accrue to themselves on his behalf.

The brick-laying politician seems more concerned with image than with the potential backlash to what amounts to provocative behaviour, given the context of the veritable socio-economic meltdown in Kenya. And surely her audience would have had more pressing duties on that day.

We should finally admit that “independence”, as curated by the educated middle class, does not work. For the middle class, their smallest problem is more critical than everybody else’s largest one.

One exasperated Kenyan analyst put it this way: “What you have here is, in the name of maendeleo-democracy, the widening of the old ‘bureaucratic bourgeoisie’ which, having hijacked the means of election, is now engaged in the kind of predatory behaviour that in the post-post colony is the assured route of elite class formation. Capitalism without industry (and industries), a species of colonial imperialism with natives but no plantations, an extractive process in which the raw material is the public purse. What to call it?”

What is this class of people, and where did it come from? More critically, how does it keep on reproducing itself?

This class is perhaps the greatest single weapon formed and deployed against the African dream of independence. It is comparable to a “stay-behind” operation in which a retreating force may set up secret operatives in the territory it is vacating to work as a resistance or sabotage movement against the incoming opposing force. Their principal characteristic is that no matter how dire the circumstances, they just can’t help promoting themselves over all others, no matter what they end up looking like, and the damage and loss they cause, in the process. Their roots are not in the colonial project itself, but among that social group of potentates, some real, many imposters, who set themselves up as the intermediaries facilitating the transatlantic trade in African slaves. They went on to become the human resource that fed the mission stations, and emerged to provide “respectable” forms of anti-colonial agitation.

Since independence, they have run these countries. Thanks to them, “independence” is now over. Welcome to “post-post-colonialism”. Our circumstances do not persist by accident. We are living inside someone else’s self-serving design.