Mwalimu vs the Bulldozer: Has Magufuli Overturned Nyerere’s Legacy? 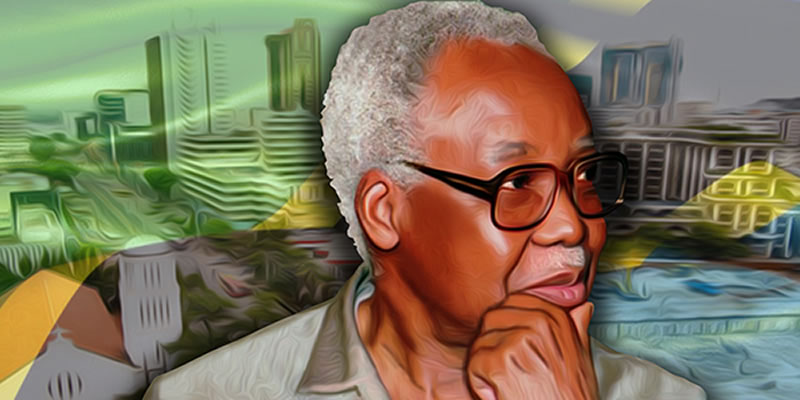 Julius Nyerere cultivated an enduring Pan-Africanist domestic and foreign legacy. While his towering clarity is indisputable, in practice, some of his signature achievements are under threat. Domestically, President John Magufuli is emerging as the antithesis of everything Nyerere stood for.

The late Prof. Ali Mazrui once described Mwalimu Julius Nyerere as a Philosopher King. Mazrui was probably compelled by, among other things, Nyerere’s translation of two of Shakespeare’s works: The Merchant of Venice (Mabepari wa Venisi) and Julius Caesar (Juliasi Kaizari) into Kiswahili.

Nyerere and Tanzania remained the intellectual and material well-spring of Pan- Africanism. In political terms, for Nyerere, socialism was not an esoteric adventure; it was a lived experience, and thus, his experimentation with socialism with an African flavour. When it failed, especially in the economic realm, he readily accepted his mistakes.

Nyerere believed in his ideas. He once got into a spat with Kenya’s former Attorney General, Charles Njonjo, when he described Kenya as a “man-eat-man society” because of its adoption of capitalism, prompting the latter to retort that Tanzania was a “man-eat-nothing society”. Nyerere preferred “Ujamaa”, or “familyhood”, as opposed to individualism.

Nyerere believed that Tanzania would not be completely free until all African countries were free from colonialism. He, therefore, provided arms, training and sanctuary to many revolutionary movements across Africa – the ANC in South Africa, FRELIMO in Mozambique, and the NRM in Uganda, to mention a few. In the process, Nyerere turned Dar es Salaam into a fervent base of Pan-Africanism, where soldiers and scholars mingled and shared ideas.

Nyerere believed in his ideas. He once got into a spat with Kenya’s former Attorney General, Charles Njonjo, when he described Kenya as a “man-eat-man society” because of its adoption of capitalism, prompting the latter to retort that Tanzania was a “man-eat-nothing society”.

Mobutu and the New World Order

Once the white minority governments were defeated in South Africa and Zimbabwe, Nyerere turned his attention to Zaire, which was later renamed the Democratic Republic of Congo (DRC). If Nyerere was the Dean of Pan-Africanism, Mobutu Sese Seko was the godfather of counter-revolutionary movements and governments. During the Cold War, Mobutu cleverly exploited the West’s existential fear of the spread of Communism in Africa, and thus acted as the conduit through which the CIA and Western governments supported movements like Jonas Savimbi’s UNITA in Angola, the apartheid regime in South Africa, and Rwanda’s Hutu-dominated government of President Juvenal Habyarimana.

Mobutu came to power in Congo, which he renamed Zaire, in November 1965 after colluding with the CIA and other Western intelligence agencies to murder his predecessor and erstwhile ally Patrice Lumumba, who had been in power for only three months.

To the West, the mere mention of Communism was enough to open unfettered largesse, Mobutu’s human rights and economic mismanagement record notwithstanding. The wisdom went: “Yes Mobutu is a bastard, but he is our bastard.”

The end of the Cold War saw the tide change against Mobutu and his ilk; in South Africa, apartheid was defeated and Nelson Mandela was released from Robben Island and elected as the country’s first black president.

Across Africa, at around the same time, a core cohort of young, “revolutionary” if not overzealous, leaders were coming into power across Africa. In Ethiopia, Meles Zenawi assumed power after defeating Mengistu Hailemariam’s regime in a bloody insurgency in 1989; in Eritrea, Isaias Afewerki took power in May 1991; and Yoweri Museveni took over in Uganda in January 1986, with the help of Nyerere. These leaders shared Nyerere’s visceral dislike of Mobutu’s government – the last of the remaining “Old Africa” regime.

Globally, after the end of the Cold War, buoyed by the defeat of the USSR, US foreign policy embarked on creating “The New World Order”. The US saw itself – and acted – as the uncontested leader of this New Order. Mobutu and leaders who were previously used to contain the spread of Communism in Africa now had to adopt market liberalisation and political pluralism if they were to stay in America’s good books.

For Mobutu, who had presided over a patrimonial state with neither functioning state institutions nor accountability, the rise of neo-Pan Africanist leaders presented a mortal danger to the survival of his regime.

In Africa, the end of apartheid generated a good-feel factor and heralded a new dawn. However, the bubble was burst by the 1994 Rwandan genocide in which at least 800,000 people were killed. In its wake, the Rwandan Patriotic Front (RPF) invaded and defeated the Juvénal Habyarimana government. Not one to miss an opportunity, Mobutu welcomed the remnants of Habyarimana’s government into Eastern Congo as a bargaining chip with the West.

For the new Rwandan government of Paul Kagame, Mobutu’s support for the old guard crossed a red line; it would not tolerate a génocidaire former government with complete state apparatus in Congo, protected and armed by Mobutu.

Mwalimu Nyerere saw a means of operationalising the removal of the Congolese dictator. Yoweri Museveni naturally welcomed anything Mwalimu Nyerere proposed as he saw himself as his natural heir and so agreed to be part of the effort. Nyerere’s appeal also easily pulled in the new victorious Ethiopians and the Eritreans governments. They all agreed that the process of removing Mobutu should be given a Congolese face.

The coalition settled on Laurent Kabila, who at that time was living in Butiama, Nyerere’s birthplace, and who was engaged in small-time farming. Kabila had well-worn, if sketchy, Pan-Africanist credentials. Che Guevara had described him as having “genuine qualities of a mass leader” but lacking “revolutionary seriousness”. While the coalition countries put in their support, Rwanda’s military, under James Kaberebe, led the military Blitzkrieg in late 1996 that finally saw Kabila installed as the president on May 17, 1997.

Immediately after Kabila was installed as president in 1997, troubles that were initially overlooked during the anti-Mobutu’s military operations started emerging. Kabila’s poor political judgement, weak management skills and the divergence of Congolese and Rwandese visions for a post-Mobutu state became a cause for concern.

For Rwanda, the raison d’être of overthrowing Mobutu was to secure its border from attacks coming from the DRC, and its support for Kabila was contingent upon that. But once Kabila started supporting anti-Rwandan forces in Congo, he had to be overthrown. In less than three years following Mobutu’s ouster, Rwanda initiated another regime change campaign in Kinshasa, again with the help of Uganda.

When Magufuli first came to power, he was widely applauded domestically and across Africa for his unostentatious folksy approach to public policy. His fight against official corruption resonated with many countries across Africa where entrenched corruption has stymied service delivery and bred disenchantment. Many roundly applauded him. This catapulted him to a moment of pop culture cachet, complete with the Twitter hashtag #WhatWouldMagufuliDo, which cast him as an unfailing superhero who could do anything.

When Magufuli first came to power, he was widely applauded domestically and across Africa for his unostentatious folksy approach to public policy. His fight against official corruption resonated with many countries across Africa where entrenched corruption has stymied service delivery and bred disenchantment.

But his likeability quotient depreciated significantly once his administration took an authoritarian turn.

One of Magufuli’s signature policies, after fighting corruption and sloth, was Operation Timua Wageni (Operation Remove Foreigners). This was not limited to the multinational corporations with whom he had fraught relations, but also to citizens from neighbouring East African countries like Kenya.

Nyerere was an outward-looking globalist who saw Tanzania as a leader in world affairs. He invited people of African and non-African origin to witness Tanzania’s nascent experiment with an alternative model of governance and economic independence that was not controlled and exploited by global capital. Magufuli, on the other hand, is an inward-looking provincial nativist who wants a Tanzania for Tanzanians alone.

It is not just Magufuli; even the ruling party, Chama Cha Mapinduzi (CCM), has turned away from being a bastion of intellectualism into a populist outfit. In many cases, instead of reining Magufuli in, CCM has become an enabler of his worst instincts.

Nyerere was an outward-looking globalist who saw Tanzania as a leader in world affairs. He invited people of African and non-African origin to witness Tanzania’s nascent experiment with an alternative model of governance and economic independence that was not controlled and exploited by global capital. Magufuli, on the other hand, is an inward-looking provincial nativist who wants a Tanzania for Tanzanians alone.

Nyerere saw himself and Tanzania as the vanguard against imperialism. In explaining his vision, he stated: “We the people of Tanganyika, would like to light a candle and put it on top of Mount Kilimanjaro which would shine beyond our borders giving hope where there was despair, love where there was hate, and dignity where there was before only humiliation”.

But Magufuli has turned his back on this open, cosmopolitan and Pan-Africanist vision. Since taking the presidency, he has not travelled outside the East African Community countries. In this aspect, has more in common with the nativist nationalists in Europe and President Donald Trump.

Julius Nyerere was a trained teacher, but he always maintained he was a teacher by choice and a politician by accident. Even when he was a politician, he couldn’t help being a teacher, educating Tanzanians through his many speeches, like a school master. Nyerere did not just speak, he also changed the fortunes of Tanzania. During his tenure, the proportion of Tanzanians who could read and write stood at a phenomenal 83 per cent. Hence his title Mwalimu.

Magufuli was also a trained Chemistry and Mathematics teacher. But he made his name at the Ministry of Works where he got things done in a civil service that is not reputed for efficiency, earning him the moniker “Bulldozer”. He became the president by “accident” after CCM failed to agree on a single candidate. Since becoming the president, he seems determined to take his bulldozer mindset to wrong-headed extremes. Last year he declared: “As long as I am president…no pregnant student will be allowed to return to school…After getting pregnant, you are done.” Such a statement from a president who was a teacher no less is incredulous.

Women and girls are not the only group that Magufuli has picked a fight with; he has also antagonised a wide array of actors, including the media, civil society organisations, international organisations, and opposition Members of Parliament. Kenyans, who have had a complicated relationship with Tanzania following the manner in which the East African Community collapsed in 1977, were particularly on the receiving end of Magufuli’s harsh measures. Recently, the Tanzanian government burned 6,400 one-day-old Kenya-sourced chicks because they were allegedly imported illegally into the country.

Magufuli believes that foreigners are taking away jobs from Tanzanians. Granted, immigration tends to be a complex and complicated issue that doesn’t always necessarily lend itself to sober policy interventions, but making a 360-degree turn away from established Nyerere norms mirrors the views of the nativists politicians on the Right across Europe who have made African and Muslim immigrants their bete noire. Magufuli’s opposition to the free movement of people, goods and services is rooted in his belief that the privatisation of state corporations in the 1990s went too far and, therefore, needs to be reversed. While the diagnosis could be accurate, its policy prescription is misguided.

Domestically, the transformation of Tanzania from a bastion of Pan-Africanism into a government that shares anti-immigration values with right-wing populists in Europe and the United States has done tremendous injustice to Nyerere’s legacy.