FIGHTING CORRUPTION THE QUEENSLAND WAY: Inculcating a culture of integrity among citizens and civil servants 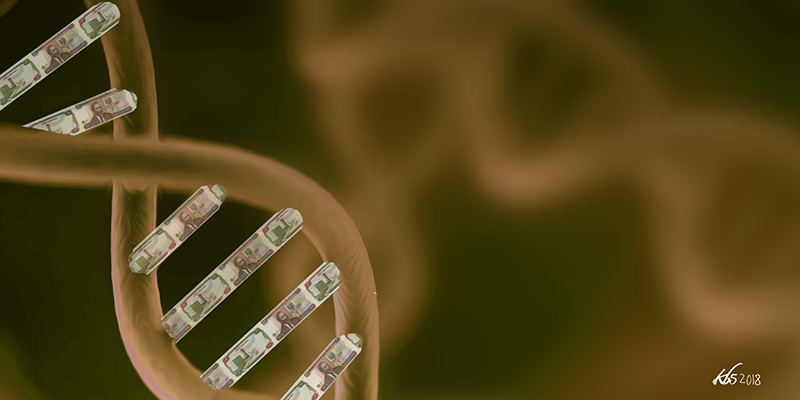 A visit to Brisbane, Queensland, in Australia, in February this year has provided my work with new insights regarding the fight against corruption. My experience in Queensland cannot be described in a short piece as I am still processing what I learned. If one day I do write about it, I will start by paying a tribute to Prof. Charles Sampford and his colleagues, first, for the role he and Griffith University have played in entrenching integrity in Queensland’s integrity institutions, and generally, because of his stature as a truly liberal mind. Indeed he is a rare academic mind who makes a link between liberty and dignity. It permeates his work and the dialogue he engages in to further integrity systems.

However, my admiration for Prof. Sampford and Queensland’s achievements in building integrity systems does not mean that everything is perfect. The professor is always careful to stress this point himself. Queensland’ experience of winning the war against corruption was not smooth-sailing; it nonetheless shows that corruption can be defeated. It was a war that was waged by building a culture of integrity.

Integrity is a trait that is visible among the citizens of Queensland, as well as among high-ranking civil servants running integrity institutions, ranging from the Supreme Court to the Ombudsman’s Office, the Anti-corruption Commission, the Integrity Commission, the Office of the Auditor General and the Treasury. There is a culture of integrity devoid of ostentatiousness and self-importance that is clearly observable among ordinary citizens and civil servants, whose law-abiding behaviour is something to behold. I will not forget meeting the President of the Queensland Civil and Administrative Tribunal (QCAT) while he was walking to his workplace without any bodyguard, waiting along with other citizens for the green light before he could cross the road. This was not the president of an insignificant or small organisation; the QCAT is a giant statutory organisation responsible for reviewing administrative law decisions of the Government of Queensland’s departments and agencies, and also for adjudicating civil law disputes.

The integrity reforms that have consolidated integrity systems and shown so much progress in Queensland are underpinned by four key principles: strong rules; strong culture; strong scrutiny; and strong enforcement. I am convinced that three of these principles would fail if there was no principle of a strong culture of integrity.

The point is that citizens’ culture is an important key to building integrity, which is important in fighting corruption. Citizens’ culture builds integrity when citizens as individuals and as members of their social groups behave following an unmistakable level of probity; if personal and group behaviour is honest, transparent and accountable.

The integrity reforms that have consolidated integrity systems and shown so much progress in Queensland are underpinned by four key principles: strong rules; strong culture; strong scrutiny; and strong enforcement. I am convinced that three of these principles would fail if there was no principle of a strong culture of integrity.

I believe that the best way of fighting corruption is by building integrity. Integrity cannot be built in a socio-cultural context where ordinary citizens have embraced practices, such as parents buying exam papers for their school-going children or paying someone to forge a university certificate. State systems’ corruption finds in such socio-cultural contexts a hugely enabling environment where there is nothing to pose a resistance to it.

Global opinion-makers like to consider corruption as a symptom of governance institutions’ failure, which results in poor services and goods delivery and mismanagement of revenue and resources. While this is generally true, solutions of a legal and policy nature are not sufficient to address this problem. Intensive campaigns, more laws and more policies, more commissions and more “watchdogs” will not end corruption.

These kinds of efforts, in my view, only strengthen what can be called a more insidious form of corruption – legal corruption – firstly because multiple laws to prevent corruption have largely been ineffective. Secondly, the more laws there are, the less ordinary people know or understand them, and hence the more opacity there is in navigating them, which makes it easier for corruption to thrive.

Lawyers and judges also collude in the obfuscation. According to Daniel Kaufmann, a non-resident senior fellow at the Global Economy and Development Program at the Brookings Institution, “Legal corruption refers to efforts by companies and individuals to shape law or policies to their advantage, often done quasi-legally, via campaign finance, lobbying or exchange of favors to politicians, regulators and other government officials. It is dealings between venal politicians and powerful financial and industrial executives. In its more extreme form, legal corruption can lead to control of entire states, through the phenomenon dubbed ‘state capture,’ and result in enormous losses for societies.”

“Legal corruption refers to efforts by companies and individuals to shape law or policies to their advantage, often done quasi-legally, via campaign finance, lobbying or exchange of favors to politicians, regulators and other government officials…”

However, when you examine the solution that Kaufmann proposes, you find that he reverts to the very laws that he believes have been ineffective. Here is part of his solution that can puzzle anyone: “This kind of corruption is a complex, multidimensional problem that needs to be confronted at every level. If we, as an international community, are going to get at its core, we need to recognize that improving governmental institutions is key. Good governance only starts with elections and higher levels of transparency. Elections cannot be effective unless they are free, fair and clean, and complemented by real freedom of expression. Transparency with impunity will not bring forth justice or make governments accountable. Broader governance reforms require serious progress in rule of law to make any real, lasting impact. Equally important is a free press.”

A multitude of questions arise: Can government institutions confront corruption if they are run by corrupt citizens? Can good governance, starting with free and fair elections, entrench integrity when electoral processes are affected by legal corruption? Can there be freedom of expression as a condition for integrity in governance if even media entities practice legal corruption?

Kaufmann is correct in stating that transparency with impunity will not bring forth justice, but one might ask: What is transparency with impunity if it is not a cover-up for corruption? If we assume that broader governance reforms require serious progress in the rule of law, can there be rule of law where at every level there is a dearth of law-abiding citizens? If we agree that the free press is important, how can we be sure that the press itself is not corrupt?

A multitude of questions arise: Can government institutions confront corruption if they are run by corrupt citizens? Can good governance, starting with free and fair elections, entrench integrity when electoral processes are affected by legal corruption? Can there be freedom of expression as a condition for integrity in governance if even media entities practise legal corruption?

These questions, and many more that the reader could formulate, only confirm the constant point in my conversation with my mentor Prof. Sampford – that personal integrity is a requirement if corruption is to be defeated. There is no blaming anyone here. The point is that if personal responsibility is cultivated as a shared civic virtue, there are higher chances of producing more honest leaders and law-abiding citizens and a citizenry capable of demanding accountability in a constructive manner.

However, personal integrity would be insufficient if it did not become the shared culture of citizens. Ultimately, all institutions are built by individuals and in a specific cultural context. In other words, overcoming corruption must be a complementary convergence of integrity efforts strategised from three different levels: personal, socio-cultural and public. Laws and policies become irrelevant in an environment where the majority of people lack integrity.