KENYA & THE OPEN GOVERNMENT PARTNERSHIP: A useful tool for transparency and good governance 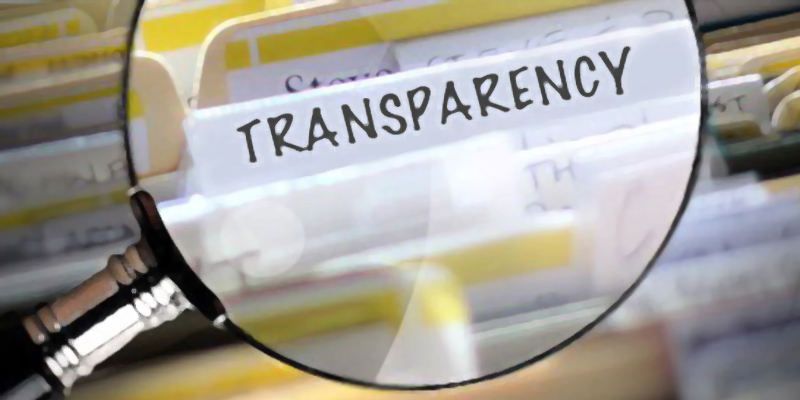 Early last month the East African evidence-based research NGO Twaweza, released a report that showed, among other findings, that President J.P. Magufuli’s popularity was on the wane in Tanzania. The CEO of Twaweza, Mr. Aiden Eyakuze’s passport was impounded by the Tanzanian immigration authorities upon his return to Dar es Salaam from Tbilisi, Georgia, at the end of the 5th Global Summit of the Open Government Partnership (OGP). The irony in Eyakuze’s passport confiscation is that a cardinal imperative of OGP, whose summit he had just attended, is the protection of civic freedom, a necessary ingredient in democracy and open governance.

A voluntary multilateral and multi-stakeholder initiative founded in 2011 under the leadership of President Obama, OGP brings together governments, private sector and civil society around a common platform to advance transparency, enhance public participation in governance and leverage technology for realizing sustainable development.

Unlike its Southern neighbor that quit OGP at the end of President Kikwete’s term, Kenya remains a vanguard country in the OGP movement in the region. Indeed in an agreement between the White House and Presidency in July 2015, the OGP was an integral element of a broader anti-corruption collaboration between the Americans and Kenya. Many of the 76 states that have endorsed the OGP Declaration including Kenya, view OGP as a framework for creative and transversal collaboration needed to disrupt prevailing intractable governance challenges they all face. Most attractive in the OGP’s methodological toolbox is the idea that the targets set by countries, through their National Action Plans (NAPs), are formulated through a co-creation and collaborative process involving multiple stakeholders such as; governments, civil society, academia and private sector. Such an approach should engender ownership of outcomes and fosters confidence that the state is not beholden to an agenda that is bereft of citizens’ voice and perspective.

In an agreement between the White House and Presidency in July 2015, the OGP was an integral element of a broader anti-corruption collaboration between the Americans and Kenya

For example, Kenya’s second NAP (2016-2018) outlined ambitious commitments that included ensuring the enactment of freedom of information legislation, establishing a Climate Change Council to facilitate stakeholder participation in decisions touching on climate change governance and putting in place mechanisms under our companies law to create and open to the public a register for beneficial ownership information, among others. OGP Kenya is driven by a steering committee led by the office of the Deputy President and relevant ministries; the private sector and NGOs such as Transparency International (TI-Kenya), Hivos, Kenya Oil & Gas Coalition, Ushahidi, Institute of Economic Affairs (IEA) and Article 19 East Africa. As a result, the co-creation and implementation of NAP 2 has helped make for a vibrant conversation beyond government in formulating a shared vision and values aimed at ensuring a more transparent mode of government. Assessment of the progress of implementing Kenya’s NAP 2 by the Independent Review Mechanism of OGP, showed that implementation in some areas, such as openness in the country’s nascent extractive sector, was still slow. However, the review was clear that Kenya’s commitment remained on course.

Tbilisi therefore provided space to the over 70 state and 15 subnational governments, development partners and hundreds of non-state actors to reflect on progress made towards good governance and conceptualize new innovative tools to make governance more responsive to the public. Open contracting and open procurement frameworks, that have now been incorporated into Kenya’s administrative framework by the President’s Executive Order No.2 of 2018, are aimed at impacting government efficiency and reducing wastage of public resources. Ukraine’s Prime Minister related how her country had for instance saved US$1 billion after creating an open contracting system that allowed citizens to track which public contracts were under implementation and report any concerns. Kirgizstan, another shining light in the OGP movement has used OGP as a tool for enhancing public administration, especially through digital payment systems.

A moment of pride for Kenya in Tbilisi came when Makueni Governor, Prof Kivutha Kibwana, one of the participating sub-nationals shared his county’s experience on open contracting He asserted that through the policy adopted two years back, the county government avails details of all its projects with citizens at the village level, including details on construction bills of quantities. As such, the community is intimately involved in the process of tracking performance of contractors be it in relation to the construction of rural roads or a health center. Most impressive was the idea that in the case of Makueni, the beneficiary community as well as a certificate of completion would only make contract payment to a contractor upon issuance of a certificate of satisfactory performance by the relevant county department. Kaduna, one of the states in Nigeria, also shared its impressive model of citizen tracking of projects by way of a dedicated Internet portal, that has seen, the construction of over 500 schools within contract periods. Marakwet, another of our counties, was cited with approval for its public engagement of citizens in budget formulation.

A moment of pride for Kenya in Tbilisi came when Makueni Governor, Prof Kivutha Kibwana, one of the participating sub-nationals shared his county’s experience on open contracting

These encouraging examples were shared in a room that included legislators, such as Kenya’s Senate Deputy Majority Leader, Fatuma Dulo, and many other champions of open legislation globally. Legislators’ have a unique role in envisioning laws and policies that foster greater transparency in government. It is therefore hoped that our Senate, drawing from examples such as Makueni’s open contracting and Marakwet’s participatory budgeting, will formulate legislative proposals that would ensure greater efficiency by counties in service delivery. Moreover, OGP can provide important tools enabling of Kenya’s Senate in the discharge its constitutional oversight role vis-à-vis counties. Further, opening up committee proceedings through dedicated live feed will increase transparency and credibility of Senate’s oversight engagement.

With the government in Kenya in the middle of rolling out a vigorous anti-corruption campaign to try and stem the deleterious impact of graft on public sector performance and the country’s competitiveness, OGP will no doubt provide additional tools for sustaining the campaign. At a minimum, a wholehearted embrace of OGP means that the civic spaces needed to ensure citizen engagement in exposing wastage, collusion between corporate and state officials to inflate prices in government contracting and other corrupt dealings will not be undermined. The experience of countries such as Ukraine and Kyrgyzstan, both of whom have strongly embraced openness, shows that open governance can enhance government efficiency thereby improving social welfare of citizens.

With the government in Kenya in the middle of rolling out a vigorous anti-corruption campaign to try and stem the deleterious impact of graft on public sector performance and the country’s competitiveness, OGP will no doubt provide additional tools for sustaining the campaign

At the continental level, OGP’s methods and goals dovetail with Africa’s Peer Review Mechanism (APRM) – a voluntary self-monitoring initiative to promote good governance in Africa. The APRM could provide opportunities for domesticating OGP within Africa’s governance architecture, thereby expanding its reach beyond the current 15 African states that have signed up to the OGP.

It is hoped that as Kenya develops its 3rd NAP before the end of 2018, even more ambitious targets on transparency and citizen participation will be set, so that government responsiveness can be further strengthened especially in the service of the President’s Big IV Agenda.