AFRICA: The continent has all the potential to become the world’s future food basket 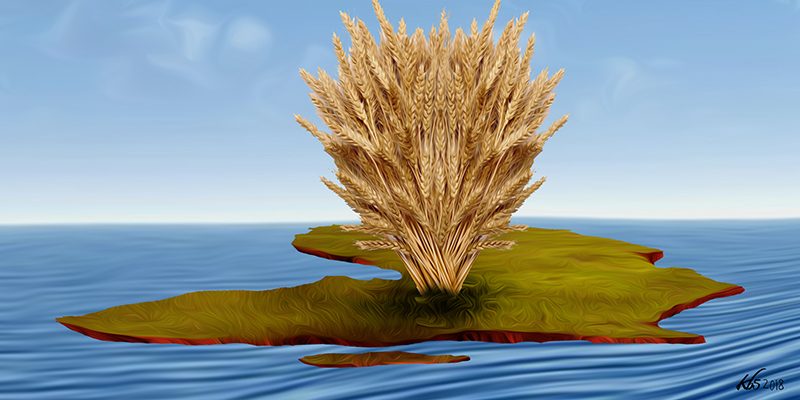 Two decades ago, a storm was brewing in Kenya’s teacup. Kenya’s smallholder tea farmers were ready to throw in the towel. Inefficiency, bureaucracy and corruption was impoverishing them. Grossly dissatisfied with their fortunes, many were contemplating to uproot their bushes, threatening to send Kenya’s leading export into the sort of crisis that had befallen coffee, which tea had displaced as Kenya’s leading foreign exchange earner. Kenya’s coffee production has plummeted from 130,000 to 40,000 tonnes a year.

But for a bold response by the Kenya Tea Development Agency Ltd (KTDA), the agricultural collective that manages the tea value chain for Kenya’s 550,000 smallholder tea farmers, the same fate would have befallen them.   The KDTA embarked on, and successfully implemented a bold technology-driven transformation, from leaf collection, processing, logistics, input supply, payments and credit facilities for the farmers overhaul transformed the value chain that included end-to-end automation.

I recently gave the keynote address at the Self Help Africa’s annual ‘Africa’s Change Makers Ball’ in Boston, USA, 11th May 2018. During this I highlighted how small-scale agriculture should be considered globally competitive farming in its own right, and why we should recognize its potential to become a pathway to sustainable development.

The KTDA is the first case study I used to show this, and here’s why: significant improvements followed the transformation. Real-time data saw perishable green leaves being rerouted to the factory with excess capacity rather than being discarded as waste; ‘ghost-growers’ were eliminated, farmer registration period was dramatically reduced from six months to three days, procurement for factory equipment was reduced from eight to an average of three months; fertiliser was delivered on time, energy consumption was optimised and electricity bills reduced by over 30%.

The impact on small-scale farmers was immense. Monthly incomes increased by over 40%. With the Tea Agency consistently paying on the 26th of the month, every month, tea farmers could educate their children, pay for healthcare services, create employment and most importantly, they could feed themselves.

The transformation enabled Kenya to consolidate its position as the worlds’ leading exporter of black teas with a 23% market share, with the KTDA affiliated smallholders account for 80 percent of the share. At the core of this competitiveness, is the fact that Kenya’s smallholders produce better quality tea than plantations— indeed in Kenya, smallholder teas commands a 25 percent price premium over plantation teas, and as high as 60 percent for the top quality smallholder teas. Unsurprisingly, the small-scale tea-growing areas in Kenya have the lowest incidents of poverty in the country.

Africa holds 40 percent of the world’s unused and underutilized arable land.   As many parts of the world face ecological limits of industrial agriculture, Africa is well placed to respond to the global imperative for ecologically sustainable agriculture

My second case study was Frigoken, a global leader for premium hand-arranged and processed fresh produce – French beans in particular. Frigoken’s premium products are sourced from 70,000 small-scale outgrowers, mainly women who grow export vegetables on plots averaging an eight of an acre. Frigoken provides them with extension services that enable them to meet the exacting quality and international food safety standards, quality inputs at fair prices, and guaranteed market for their products. The technical support provided also helps the farmers to raise their overall productivity thus contributing to food security as well. Like our smallholder tea farmers, Frigoken’s contract farmers compete on quality that can only be achieved through meticulous, labour intensive husbandry that cannot be achieved at scale.

Abandoning one’s own journey to take on that of another’s is rarely a brilliant idea. For decades, African governments have neglected smallholder agriculture in an elusive quest for rapid industrialization.   In the sixties and seventies, they pursued import substitution which sought to replicate European industrialization. It was disastrous. Since the early 90s, we have been trying to copy the Asian Tigers export-led industrialization. It is not working.

Africa is still predominantly agrarian society. There has been much talk of a crisis of rural-urban migration over the years, but 85 percent of Sub-Sahara African people are still living in the rural areas. Agriculture is the largest economic sector in every country accounting for between 20 and 40 percent of GDP. Smallholder farmers account for 75 percent of agricultural production.

Africa will transform and prosper its own way, the African Lions way, not the European or Asian Tiger way.

Africa holds 40 percent of the world’s unused and underutilized arable land.   As many parts of the world face ecological limits of industrial agriculture, Africa is well placed to respond to the global imperative for ecologically sustainable agriculture.   Our continent’s small-scale agricultural sector is a priceless pearl—good for the people, and good for the planet. Organisations such as Self Help Africa can assist with replicating and up-scaling the models used by the KTDA and Frigoken. Doing this will ensure high quality standards and consistent supplies that can meet the needs of the global markets while maximising returns for the small-scale farmers.

Africa will transform and prosper its own way, the African Lions way, not the European or Asian Tiger way. For now, I do not see masses of African smallholder farmers giving up their shambas for sweatshops. I believe that transforming smallholder agriculture is more than a solution for poverty, it is our ticket to prosperity.